AHRC TV: Pakistan’s Imdad Ali to be executed and other stories in JUST ASIA, Episode 141 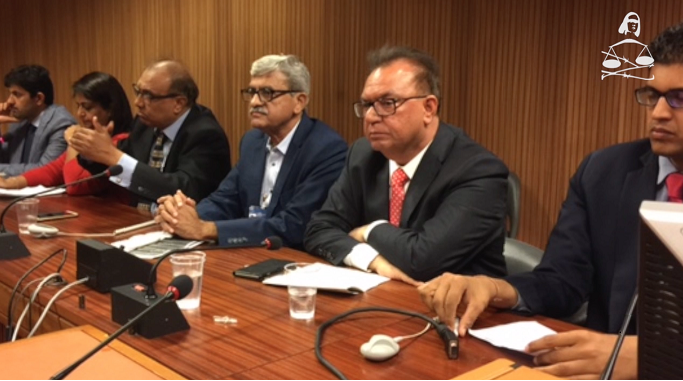 This week Just Asia begins with an update regarding the execution of mentally ill Imdad Ali. Pakistan’s Supreme Court rejected his mercy appeal, and has set his execution for Tuesday, October 4. The Supreme Court decision arrives despite four United Nations human rights experts having urged authorities in Pakistan to halt Imdad Ali’s execution. The Court dismissed Mr. Ali’s appeal of clemency saying that a large proportion of Pakistani prisoners suffer from mental illness and that they “cannot let everyone go”.

In other Pakistan news, on September 20, the Asian Legal Resource Centre, sister organisation to the Asian Human Rights Commission, held a side event during the 33rd Session of the Human Rights Council in Geneva, on the systematic killings of Pakistani lawyers and human rights activists. The event was moderated by AHRC’s senior researcher, Mr. Baseer Naveed.

Moving to Indonesia, 32 years of the Suharto dictatorship saw the arrests of many student and youth activists due to their criticism of the regime. Just Asia presents the experience of one such activist, Mr. Ken Budha Kusuma Ndaru, who was arbitrarily arrested, detained and tortured by security forces under Suharto.

Next, in South Korea, farmer Baek Nam-ki finally died on September 25th, after being in a coma for 316 days. The 69-year-old was shot by water cannon during a farmers’ protest on rice prices on 14 November 2015. Police officers fired the water cannon at Baek’s head and kept hitting his upper body even after he had fallen down and severely hit his head. Civil society are defining Baek’s death as another case of brutal state violence by the Park Guen-hye administration to break up unarmed public demonstrations.

In Thailand, police have issued summons to five individuals for attending a constitution related event in Khon Kaen province. According to Thai Lawyers for Human Rights (TLHR), three student activists, a former politican and one professor have been accused of violating the NCPO Order banning a political gathering of five persons or more. Issued on September 23, the summons require the five to report to Khon Kaen police station on September 28.

« WORLD: The trial of a Khmer Rouge torturer — In the latest issue of Torture Magazine