Beginning with Thailand this week, Just Asia covers three human rights defenders who have been accused of criminal defamation and violation of the Computer Crime Act for publishing a report detailing 54 cases of torture by the Thai Army in the country’s southern provinces. The three defenders, Pornpen Khongkachonkiet, Director of the Cross Cultural Foundation (CrCF), Somchai Homlaor, President of the CrCF, and Anchana Heemmina, President of Duay Jai group are coeditors of the torture report, and have worked extensively on human rights issues in Thailand. 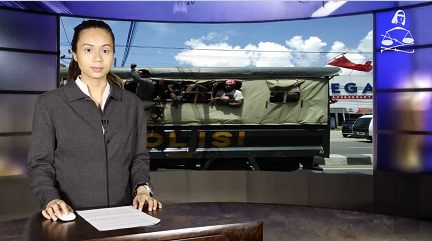 Next, Nepal’s Commission of Investigation on Enforced Disappeared Persons has extended its June 16 deadline by one month for registering conflict-era complaints. The country’s two transitional justice bodies have collected testimonies on the serious human rights violations that occurred during its 10-year-long armed conflict. To learn more, Just Asia caught up with the General Secretary of Conflict Victims Common Platform, Ram Kumar Bhandari.

The human rights situation in Indonesia’s provinces of Papua and West Papua has shown no progress in the past year. Despite President Joko Widodo’s election promises of prioritizing the two provinces, human rights violations conducted by Indonesian security forces remain rampant there. Recent months have seen the arrests of many Papuans exercising their right to freedom of opinion and peaceful assembly. To learn more, Just Asia speaks to Mr. Peneas Lokbere, a human rights defender from Papua.

Moving to the Philippines, the Dela Mance paramilitary group has caused 108 indigenous families to leave their homes in Agusan del Sur, fearing for their lives. Led by the Bocalas brothers, the group has killed many Talaandig and Banwaon residents in the boundaries of Agusan del Sur and Bukidnon. Although many cases have been filed against the Dela Mance group, and last year warrants of arrest were also issued, no one has yet been arrested.

The bulletin can be watched online at www.alrc.asia/justasia and AHRC TV YouTube. We welcome both human rights feeds to be considered for weekly news bulletins, and your suggestions to improve our news channel. Please write to news@ahrc.asia. You can also watch our Weekly Roundup on Facebook.

« INDONESIA: Lack of genuine policy and rights in Papua

PAKISTAN: A deafening silence on International Day in Support of Victims of Torture »