SRI LANKA: Brutal Murder of little Seya and the relevance of the OHCHR Investigation Report 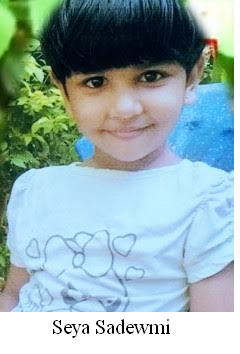 The abduction, rape, and murder of Seya Sadewmi of Kotadeniyawa on 12 September 2015 has led many Sri Lankans to react across the country, and provoked many demonstrations by women’s organisations and also by children. Even yesterday, 23 September 2015, demonstrations by school children were reported from the North of the country. Similarly, media reports of the alleged murder and misled inquiries relating to Wasim Thajudeen have also provoked similar outbursts of anger and expressions of frustrations from many in Sri Lanka.

A relevant question regarding all such outbursts against brutal crimes is: what would be the ultimate result of such widespread protests? Will these protests lead to any tangible reforms, which would improve the enforcement of law and ensure justice and security in Sri Lanka? Sadly, the answer is that no one, including those who hold the highest responsibilities in government and the relevant security agencies, believes that there would be a significant improvement in law enforcement and criminal justice. Outbursts of anger and frustration, as in these instances, last for some time, and during such times the police and the politicians make gestures to create the appearance that they are deeply concerned about the situation. But soon, these events are forgotten, only to be remembered when another similar incident takes place. How has Sri Lanka reached this state of apathy and inaction regarding the prevention of serious and scandalous crimes? This is the question to be asked if a more acceptable situation regarding crime investigations and justice in Sri Lanka is to be created.

In finding an explanation for the pathetic state of law enforcement in the country the report issued this week by the Office of the High Commissioner for Human Rights of the United Nations (OHCHR) is a useful reference. All those who are concerned with the future of law enforcement in Sri Lanka should seriously study the narrative in this valuable document, which lucidly traces how Sri Lanka has reached this state of lawlessness and weakened institutions.

In this regard, the opening speech made by Foreign Minister Mangala Samaraweera at the UN Human Rights Council, on 14 September 2015, is far -sighted and encouraging. Among other things he stated the following:

“Mr. President, in order to guarantee non-recurrence, it is proposed that a series of measures would be undertaken including administrative and judicial reform, and the adoption of a new Constitution. A series of measures including amending the penal code to criminalise hate speech and enforced disappearance are also in process.”

On the other hand, the press release issued on 23 September 2015, by former Sri Lankan President Mahinda Rajapaksa calling for an outright rejection of this report is not surprising at all. Mr. Mahinda Rajapaksa, in his two terms as President, contributed colossally to the collapse of criminal inquiries into crimes. His moto was not ‘a crime free Sri Lanka’ but a ‘crime investigations free Sri Lanka’, in all areas, including corruption, the abuse of power, and direct killings of opponents and journalists. This was pursued as a matter of policy, with tacit approval by the former President himself. Unsurprisingly, in a case where his son is alleged to have been involved, the justice process was manipulated in order to get a verdict showing the alleged murder to have been an accident, to prevent further investigations into crimes. Mr. Mahinda Rajapaksa had no scruples about subverting the criminal justice process by interference at all levels, such as using his presidential powers of pardon to aid political friends undergoing punishment on the basis of court verdicts and manipulating the same process in order to imprison his political opponents.

It is this process of manipulation of the criminal justice system, by the person having the topmost position of responsibility and power in the country, which paralysed the functioning of the system as a whole. Police investigation was compromised, the Attorney General’s Department was interfered with, and a threatening atmosphere was created against the Judiciary, to prevent it from exercising the power of judicial independence.

It is these torpedoes that struck the ship of law enforcement and criminal justice that has brought the appalling collapse of criminal justice in Sri Lanka. If he had his way, there would be no investigation into financial crimes or into various killings of political nature or even into simple crimes, such as the alleged murder of Wasim Thajudeen. The revelations about the abduction and the disappearance Prageeth Ekneligoda again reveal the compromised positions of the President and others who held senior positions in his government in relation to the heinous crimes of enforced disappearances.

It is only natural that Mr. Mahinda Rajapaksa would resent the OHCHR Report, because the sole emphasis of this report is to recreate the criminal investigation and prosecution capacity of Sri Lanka. The Report also emphasizes the examination of command responsibility, which simply means the responsibility of the President himself and those others whom he has chosen to hold highest positions. It is his role as captain who allowed the ship to sink that led to people to reject him on the January 8 and August 17 Presidential and Parliamentary Elections.

While Foreign Minister Mangala Samaraweera has promised to bring about the reforms of laws and even of the Constitution, in order to enable the legal system to function, it needs to be emphasized that what is required is not mere enactment of some statues. Law enforcement means much more than creating new laws. Law enforcement implies the functioning of the institutions whose duty it is to create a legal environment in which all crimes are investigated and all criminals are punished according to the law. Specifically, it means a properly functioning policing system, with the capacity and resources to carry out its legal functions; it also means a properly functioning prosecution system, which means a commitment on the part of the Attorney General’s Department not to subvert justice, as it has happened in the previous periods, but to prosecute all crimes; it also means a functioning judicial system which will act independently, and at the same time efficiently, by avoiding scandalous delays and other defects that alienate people from pursuing justice.

A dysfunctional justice system is what has allowed the brutal crimes done on little Seya in Kotadeniyawa and rugby player Wasim Thajudeen and so many others. Such crimes will keep recurring unless the paralysis of criminal justice created by the infamous executive presidential system is brought to an end.

Who will do this is the big question. Direct responsibilities lie with the Ministry of Justice and the Ministry of Law and Order and Prison Reforms. People have a right to know what plans these Ministries have, in order to resolve problems in crime prevention, which are the same as the problems in law enforcement. Up to date, no such plans, or discussions to create such plans, have been revealed.

It is not unfair to state that there is no indication that such discussions, with the view to bring about concrete plans for action, are being considered at all. A related question is how the Government will allocate funds in the forthcoming budget, for the improvement of all the institutions involved in law enforcement. If there will be no improvement of funding to this area, there will be more and more victims such as little Seya and Wasim Thajudeen.

The OHCHR Report has recommended that the High Commissioner’s Office, as well as the international community, provide financial and other assistance in order to deal with the problems of justice in Sri Lanka. Thus, the report opens up for possibilities of obtaining assistance in order to cure our terribly ailing criminal justice system.

Such assistance could also include experts, such as judges from more viable jurisdictions and other legal experts. Many other countries which have far more stable systems of justice still allow the participation of judges from more developed jurisdictions to be included, with the view to keep higher standards, all the time. Hong Kong Special Administrative Region, is one such example. The strong rule of law system that is recognised as the basis for stability and prosperity of the special administrative region does not shy away from obtaining support from the recruitments from other better functioning jurisdiction, such as the United Kingdom.

The OHCR Report opens up the possibilities for a comprehensive discussion. Such a discussion is a dire need. It is to be hoped that the country’s lawyers and judges and other legal experts and also intellectuals from all professions and the civil society will make use of this window of opportunity in order to raise the national consciousness about the tragic situation and thus prevent all too common incidents of shocking crimes committed even on the children of the country.