Societies and cultures are man-made. Cultures play a vital role in national identities and their development. Rich cultures treat men and women

In patriarchal societies, bad cultures are very common where women feel insecure and live lives as secondary citizens. There are barbaric traditions perpetrated against women in the name of culture. The following are some examples: genital mutilation, honor killing, acid burning, forced or early marriages, prostitution, selling of girls, adultery killings and domestic violence. They are ingrained and practiced for a long time making women faint-hearted with low personal morale. 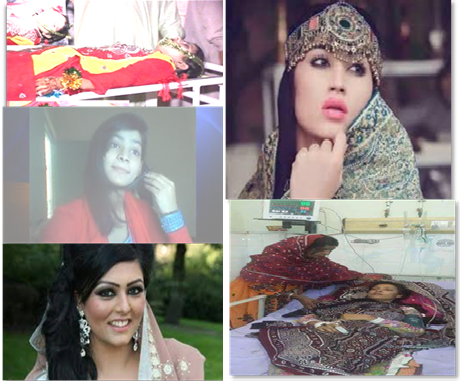 In patriarchal societies, cultures have controlled women’s space limiting their freedom. These man-made cultures have made conditions miserable for women in order to preserve their superiority. They have cashed in on her physical appearance over time. Women have always lived dependent lives under the domination of men. Some misogynistic and religious scholars have left no stone unturned to mortify women. They have even slanted the Adam and Eve story against women. Eve is the symbol of a disobedient, untrustworthy, disloyal, weak evil-doer, representing all women.

Although today we are living in the twenty-first century, a century of technology, the views on women are not different from those of the Stone Age. Society’s behavior towards women remains unfavorable and does not advocate progress. As in the past, the women of today are still victims of a patriarchal culture. Every day hundreds of women are murdered according to different allegations by their spouses, relatives or friends. A large number of women have lost their lives in the name of honor. A research conducted by the Human Rights Commission Pakistan (HRCP) reported that in honor crimes (domestic disputes, alleged illicit relations, exercising right of choice in marriage), 987 cases were recorded in 2015 with 1096 female victims and 88 males.

Pakistan is among those countries which are insensitive to and suffocate women. In this country there is no space for women who are bold, outspoken, challenging and break taboos. Women who are defiant are either abused or killed in the name of honor.

In our culture, honor of family and innocence of girls is wrapped up in her virginity. Proving virginity on the wedding night is another cultural norm against women. Today, women with poor backgrounds are willing to undergo risky health treatments to prove their virginity.

Those who fail to prove their virginity on the wedding night face dire results in some cases and husbands who may remain unsatisfied for their whole life. It is scientifically proven that the hymen is a thin layer of tissue which can be break due to heavy lifting, heavy exercise, sports, cycling and other situations. There are some medications given to girls to restore their lost hymen membranes. In Pakistan girls go through operations or use products to restore their virginity. Recently the article on restoration of virginity was published in one of the leading newspaper. http://dailytimes.com.pk/pakistan/27-Jul-16/women-turn-to-hymen-repair-medication-to-save-life-and-marriage

Our educated and uneducated classes are both involved in honor crimes. In some cases victims failed to prove their virginity, some went against family wishes, some entered into free will marriages and some have challenged customs, breaking taboos. Perpetrators in these cases are husbands, mothers, fathers, brothers, uncles and local community jirgas. Following are some cases of honor killings that took place in Pakistan in 2016.

In April, in Jacobabad Sindh, Khanzadi 17, was killed by her husband on their wedding night for not being a virgin in. Her crime was that she failed to prove her virginity on the wedding night to her cousin whom she married.

In April a girl named Ambreen 15, who helped her neighbor to elope with her boyfriend was dragged from home, strangled, tied up in a van and burned by the Abbottabad local Jirga.

In June a girl Zeenat Bibi (18 years) was set on fire by her mother because of marrying a man of her choice. None of her relatives mourned her death.

In June a pregnant woman was killed by her mother in the name of honor. Muqadas Tofeeq 22, was killed because she married a man of her choice.

Samia Shahid 28, a British-Pakistani girl was suffocated to death by her family in June when she came to visit her parents. She chose her second husband after separating from her first husband.

‘Qadeel Baloch (Fozia Azeem) a Pakistani model, social media celebrity and feminist who challenged the taboos of society was killed by her brother in an honor killing. She came from a poor background and helped her family to live a better life. She helped her brother in his business. Her brother, feeling his honor was compromised, killed her when she refused to give him more money.

In August Tahira shah and Kamran Larik a young couple of Sindh province were locked in a room and forced to take poison at gun- point by her father and uncle. Tahira shah belonged to an educated, strong family. The couple was forced by her family to come back. They were promised on the Quran (Muslim holy book) that they could remarry in the proper way. Tahira shah is under treatment in the hospital but her husband died.

Like the above examples, thousands of women continue to be assassinated. Each day dozens of women become victims of cultural atrocities. Cases where victims have no access to media or the law went unreported. In the cases where perpetrators had strong backgrounds, there was no punishment. In some cases criminals are released after a few years’ imprisonment or where disputes are settled among the families.

An honor killing in our culture is very common and defended by different perspectives. From the perpetrators point of view a family is ruined once a girl elopes or goes against the family’s wishes. The eloping of one daughter brings dishonor to the whole family. Other daughters suffer as well. No one likes to tie the knot with these sisters. The majority of society, including law enforcement bodies, believes that a girl who crosses established boundaries brings dishonor to the family and should be punished with death.

Besides other factors the Tribal system also plays an important role in honor killings. Due to weak legal bodies, community people bring their cases to tribal sardars or feudals. The decisions made by these feudal are based on financial considerations and death penalties for the couple.

In honor killings mostly young women are targeted but in some cases older women are also targeted. They are not secure because they can be victimized at anytime because of property holdings and revenge motivations.

There are laws against such heinous crimes but implementation of the laws has failed. The reasons behind the failures are different. Here are some instances. Pressure by families of the accused on victims settles down the case, accused families pay blood money to the victims, improper knowledge of laws, not lodging a First Investigation report, helps the accused to go free, police pressure to settle down the case because the accused has done nothing wrong, police think this is the correct reaction to restore family honor.

We are in dire need of strong amendments to existing laws on honor killings. It is an urgent requirement. The purposed amendment of a minimum 25 years’ imprisonment should be implemented as soon as possible – even if the heirs forgive the convicted. Strict laws against honor killings will lessen these crimes, out-of-court settlements must be stopped and sensitization training should be afforded to all policemen and women.

PAKISTAN: Punjab government fails to adopt policy for the protection of children from sexual abuse »