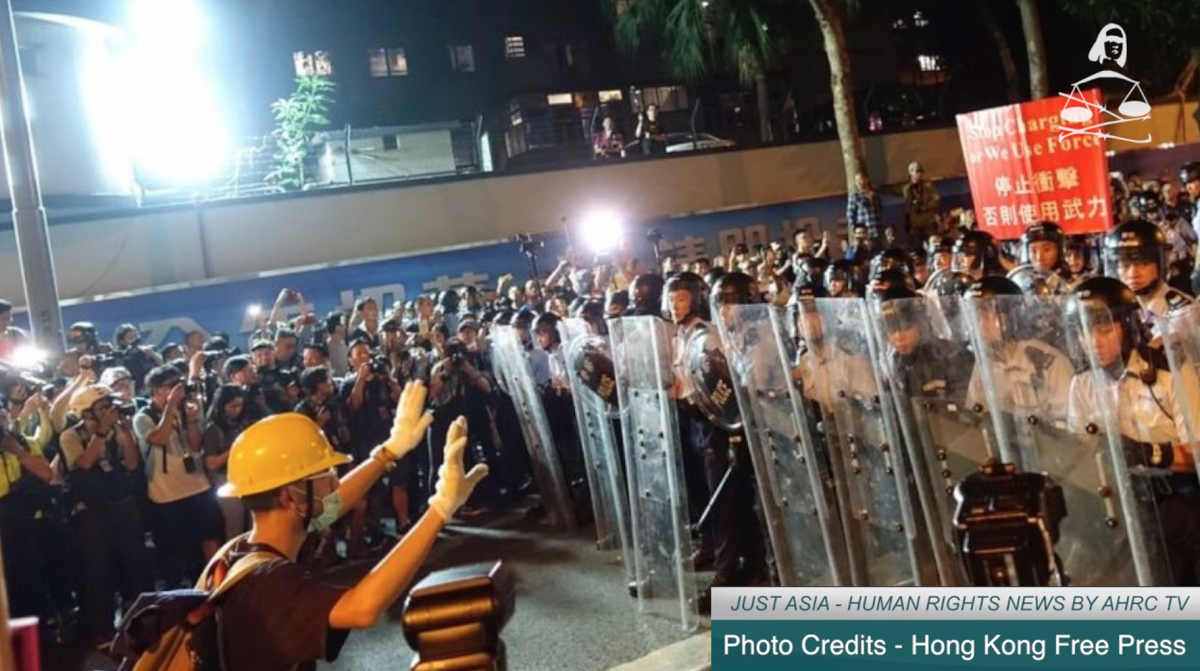 This week Just Asia begins with Hong Kong, where more than 2000 lawyers marched silently in black on Tuesday, protesting against Beijing’s interpretation of the Basic Law, to prevent two elected activists from taking up their seats in parliament. Prominent advertisements in Tuesday morning papers read ‘Beijing destroys rule of law—Hong Kong world city no more’. Beijing’s interpretation has made it clear that there is no more a ‘one country, two systems’ principle. An earlier rally on Sunday saw thousands of Hong Kong residents out on the streets, worried and dismayed by China’s high handed meddling in Hong Kong’s affairs.

In Thailand, British human rights activist Andy Hall decided to leave the country on November 7, due to legal and corporate harassment. For the past 11 years, Hall has been working to promote migrant labour rights in Thailand. His work has led to charges of criminal defamation and violations of the Computer Crime Act, for which he was convicted on September 20. Hall has said he will appeal the Bangkok court conviction, and that he has assigned all authority to act on his behalf to his head lawyer.

Indonesia saw its biggest rally on November 4, with more than 200,000 participants outside the Presidential Palace in Jakarta. They were calling for the prosecution of Chinese-Christian governor Mr. Basuki Tjahaja Purnama, popularly known as Ahok. Ahok is accused of committing blasphemy, even though his statement was edited and then uploaded onto YouTube. Hardline Islamic groups are using this to divide people on religious and ethnic grounds. This is particularly troubling in a country where minority beliefs are unprotected, and no action is taken against those engaging in hate crimes and speech.

Burma is restricting media entry and reporting into the military operations in Rakhine state, where the majority of residents are Rohingya Muslims. Following the killing of police men at border posts in October by Rohingya militants, the Burmese military has cracked down on villages there. Recent reports of sexual abuse against Rohingya women by soldiers have led to the dismissal of one reporter from the Myanmar Times. Although Aung San Suu Kyi has appointed a commission to resolve the Rohingya issue, there are concerns as to the actual goals of the commission and what it can achieve. For more information, Just Asia speaks to Burmese lawyer Min Lwin Oo.

PAKISTAN: Over 100 workers at ship-breaking yard incinerated without a trace »