AHRC TV: Madhesi activists arrested from workshop in Nepal and other stories in JUST ASIA, Episode 145

This week Just Asia begins with Nepal, where 22 Madhesi activists were arrested on October 23 while participating in a Leadership Development workshop. Affiliated with Dr. C.K. Raut and his campaign, the activists from Nawalparasi District were meeting at a local hotel. A group of around 40 police officers abruptly closed the workshop, hit the participants, and arrested them without any warrant. They were kept in illegal detention for around 10 hours without any food or water. 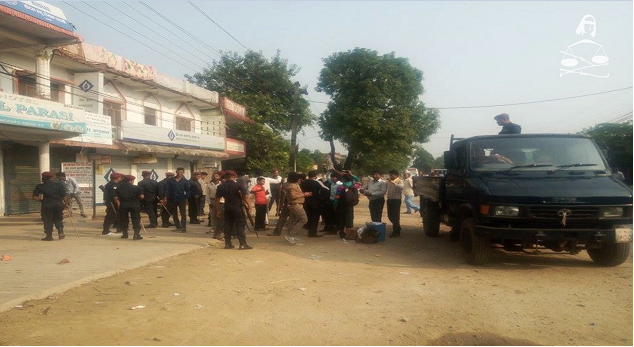 In Hong Kong, the murder trial of two Indonesian women by British banker Rurik Jutting is ongoing. On Tuesday, Jurors viewed harrowing iPhone footage showing his attacks on the first victim, 23-year-old Sumarti Ningsih, whose decaying body was later found in a suitcase on his balcony. Prosecutors told the court that Ningsih was tortured for three days after she arrived at his flat on October 25, 2014. The second victim, 26-year-old Seneng Mujiasih was also offered money for sex by Jutting. He later cut her throat on October 31, 2014. Indonesian migrant organisations in Hong Kong have called for justice for the women, and compensation for their families.

Next, Thailand’s Supreme Administrative Court upheld the absolute prohibition of torture, and ordered the Thai Royal Army to pay a total of 505, 000 baht (approximately USD 14,378) as compensation to two Yala students. Speaking to the media, the two torture victims said this judgment will encourage other victims to speak out. Although the compensation does not cover the dignity they lost because of the torture, the students noted that at least the Court forced the State to take responsibility for its violence.

Moving to Indonesia, the country’s Public Information Commission (KIP) recently decided that the government must publish the Fact Finding Report on the assassination of prominent human rights defender Munir Said Thalib. Munir was poisoned to death by intelligence agency officials aboard a Garuda flight in 2004. As a result of significant pressure by Mrs. Suciwati and some human rights organizations, President Widodo has now ordered the Attorney General to question former President Yudhoyono regarding the whereabouts of the Fact Finding Report.

INDONESIA: Investigation into the Paniai case in Papua goes nowhere »