This week Just Asia begins with Save the Children’s new report ‘Stolen Childhoods’ in Sri Lanka. Launched on June 1, the report explores a unique index presenting the major reasons why childhood comes to an early end. Sri Lanka is ranked as the 61st best country in the world for children to grow up in, and the 2nd best place in Asia, outperforming neighbours India, Bangladesh and Myanmar. 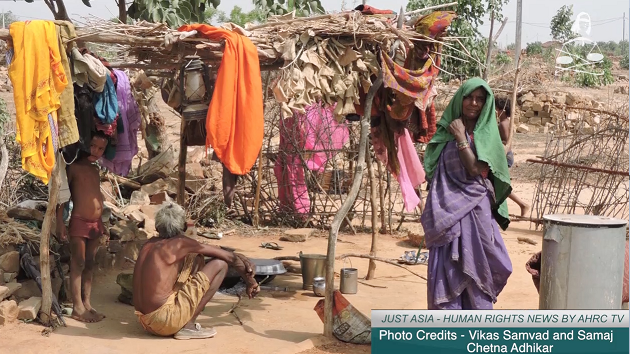 Next, a brutal honour killing in Karnataka, India, saw a Muslim woman burned alive on June 3. The woman had eloped with a Dalit man in January. She had returned to her family recently, hoping her pregnancy would change their attitude. Instead, they brutally assaulted her husband and set her on fire. The woman’s mother, brother, sister and father-in law have been arrested.

Also in India, 40 homes were callously demolished in Chhipiya village, Madhya Pradesh. The homes were destroyed even as the sub divisional magistrate had promised to halt the demolition in a meeting with the affected families on the evening of June 2. Shocked at the authorities’ betrayal, the affected residents approached the High Court of Madhya Pradesh, Jabalpur which stayed the demolition drive and ordered the district collector to tell the court why no action was taken on the residents’ lease applications within 15 days.

Amidst Ramadan worship and fasting in Indonesia, the Depok city government forcibly closed and sealed off the Al-Hidayah Mosque belonging to the local Ahmadiyya community on June 3. Officers of the Depok Police Resort and the Civil Service Police Unit forcibly entered and searched the Mosque, seizing CCTVs and other items inside. One of the Ahmadi congregants was also arrested.