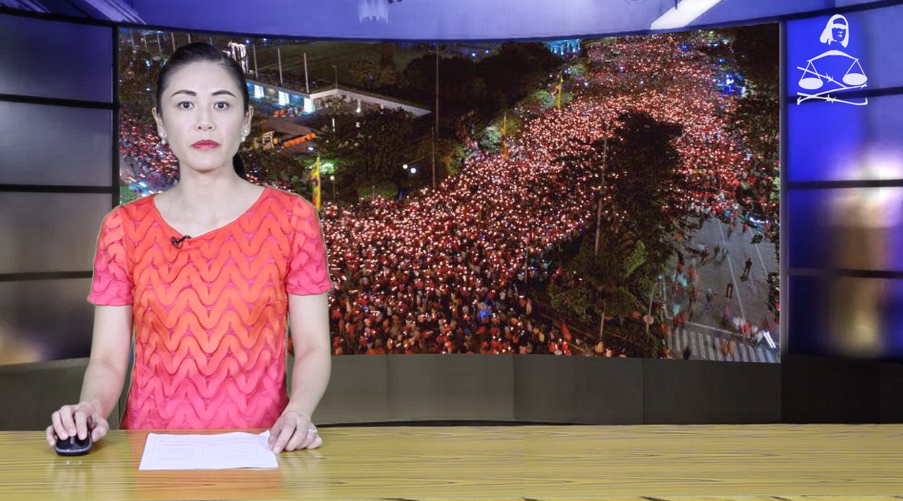 In Pakistan, a 12-year-old girl from Kandhkot Sindh province was allegedly gang raped by her employers and 7 other men who remain at large in Karachi’s Malir Cantonment area. The rapist, who is said to be an influential landlord, has allegedly taken refuge at the house of a powerful gang leader from Lyari, a crime infested area, and the police are reluctant to apprehend the rapist given his political clout in the region.

Continuing in Pakistan, freedom of expression has been further endangered after the Cyber Crime Wing of the Federal Investigation Authority has been ordered by the Interior Minister, Chaudhry Nisar Ali Khan, to take immediate action against any person or group involved in dishonoring or maligning the name of the Pakistani Army on social media.

Thailand’s military continues to crackdown on ordinary citizens through the lese majeste laws, bringing the number of cases to more than 100 since the military took over power in 2014. In the latest crackdown, social network giant Facebook was given until last Tuesday to block around 130 pieces of content that referred to the Thai Monarch from its site.

After a 20-year lapse, Nepal has finally conducted a round of local body elections. It held the first round of elections in provinces 3, 4 and 6 on Sunday, 14 May. There are nearly 50,000 candidates vying for 13,556 positions on village and city councils covering nearly half the country. The second phase of elections is scheduled for 14 June, next month, and will be conducted in provinces 1, 2, 5, and 7.

The bulletin can be watched online at www.alrc.asia/justasia and AHRC TV YouTube. We welcome your ideas for news stories as well as your feedback about our news channel. Please write to news@ahrc.asia. You can also watch our Weekly Roundup on Facebook.