The Asian Human Rights Commission (AHRC) has repeatedly raised the alarm against the killings in Terai; however, they fail to stop. The police have again opened fire, this time on 15 September, a market day. The police firings have resulted in four innocent citizens in Bethari, Bhairahawa town, Rupandehi District being killed. The mentality of the police is again exposed. They have chosen to kill those whom they assume have questioned their authority. 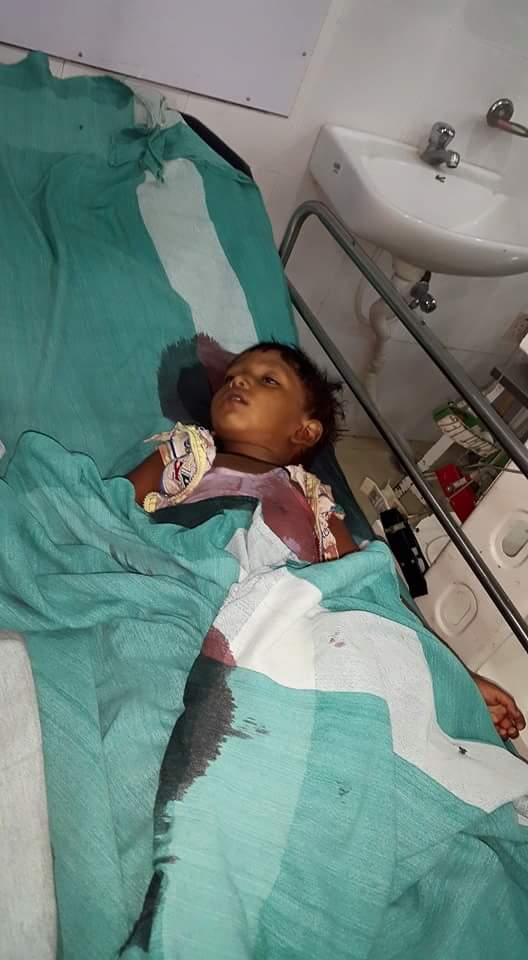 Those who were killed in the police firing at Bethari were ordinary citizens. These citizens had come to sell and buy consumer items at the local market located below the Tinau Bridge. In other words, those who died were not protesters. Another 40 people have been injured due to the violence; their conditions and whereabouts are however lesser known due to the enforced curfews.

The police have claimed that they fired shots in retaliation against the protestors who had thrown stones at vehicles in which the police were travelling. This they say happened at around 5 p.m. on Tuesday, 15 September. As vehicles reached the spot, some 30-40 protestors apparently tried to stop the vehicles and some even threw stones at the vehicles. Following this, the police fired tear gas canisters and the protestors ran in all directions.

However, the police also immediately fired live bullets at the protestors after firing the tear gas canisters. As police fired tear gas canisters, protestors ran away, using three different roads. But, according to an eyewitness, the police fired shots at the site of the local market from the Bridge. The Bridge on the East-West Highway is located 500 meters above the road. Of the four killed in the police’s indiscriminate firing two were Pahades (of hill origin).

All the four victims who died received bullet injuries above the knee. A four-year-old, Chandan Patel, was struck on his head and died on the way to hospital. A 35-year-old, Binod Lacaul, was also hit on the head; the right part of his head was blown off. A 12-year-old Ranjana Kshetri, making tea inside her house, was shot when a bullet entered through a window. And, 28-year-old Raj Kumar Barai was shot buying grocery at the market.

Without following any norms and the legal process in the use of force, the police not only fired towards the Market but also at local houses. The bullets pierced the walls of the houses that were targeted by the police.

The police were there in the area escorting trucks, as this is an industrial area between Lumbini and Bhairahawa near the airport. So, even though two Pahades were shot, the police attack is suspected to be communal in nature. Four-year-old victim Chandan Patel had gone to the market with his mother and had nothing to do with the protests. Rupandehi District has had the highest number killings in the last three weeks. Eight people have been killed in the District: four in police firing and four by the group that retaliated against the Madhesi front’s protests (locals say these people were killed by plainclothes police).

Nandini Pandey, 40, Purnabati Dhobi, 60, Saugati Murau, 50, and Dipendra Sahani, 25, were also injured in the police firing and are undergoing treatment at Universal Medical College, Bhairahawa. Pandey received bullet injuries in her left thigh and Dhobi in her left shoulder. Murau and Sahani received bullet injuries in their eyes and left thighs.
The Bethari killings have taken place on the same day the Supreme Court issued a stay order banning the use of lethal force to control mobs, something that breaches the Local Administration Act, 1971.

Thus, the Bethari killings have weakened the confidence of the local people, particularly the Madhesis and Tharus. They see it more as a communal attack by the security agencies. People in Madhes believe that the security personnel can kill anybody and there will be no justice for the family of the victims as one-community controls all the State organs.

Now, people in the Terai are mourning the death of their own who have been killed during the protests. On the other side, major parties are going about preparing to celebrate the promulgation of the Constitution on September 20.

The Nepali State has killed Tharus and Madhesis, and has called for a dialogue without even showing any sign that they are serious about those killed. There is no good reason to believe that the State is serious to solve the ongoing issues in Terai.

Without addressing these kinds of killings, and the political grievances that are behind them, the national celebration with a declaration of public holiday, will further humiliate these communities in the Terai as losers. And, this might further escalate violence in Nepal’s Terai.

Nepalese Prime Minister, Sushil Koirala, has been planning to attend the meeting of the United Nations General Assembly (UNGA) in New York next week. He has been stating his readiness to share the progress in promulgating the Nepal Constitution.

The UNGA should itself be raising the issue of violent killings of about 50 identified and many hidden deaths of Madhesis and Tharus, including police officers. As a representative of the government of Nepal, the Prime Minister should be made to furnish justification, if there is any, for these killings. The State bears responsibility for killing innocent citizens inside their own houses and in the open markets.

« PAKISTAN: Judicial inquiry demanded in rape and murder of Hindu girl and police botch the investigation

PHILIPPINES: Constant violence and harassment due to military presence in Mindanao »