Home / News / INDIA: What has been done to prevent criminals serving in the state police?

INDIA: What has been done to prevent criminals serving in the state police? 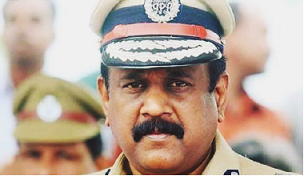 The State Police Chief in the Indian state of Kerala, has openly said that “there are more criminals in the state police service in the IPS cadre than within the constabulary.” State Police Chief, (SPC) Mr. Senkumar, in a speech delivered in a public function held at the state capital today (30 June 2017) has made this statement.

The statement reaffirms Asian Human Rights Commission’s position that, the criminal justice institutions in India have deep-rooted problems, and one of the key institution that require a serious study and reengineering is the Indian police. Without correcting deep-rooted problems like criminality within the domestic police, India cannot move a step forward in guaranteeing the rule of law for its citizens.

The SPC’s statement affirms the shocking conclusion the ordinary public has long been holding against the state police service, that the institution has criminals within its ranks. The SPC was not referring to persons who were accused of crimes, but about officers he is convinced are ‘criminals’ in uniform. What is more alarming is the affirmation by the SPC, that these ‘criminals’ are more in number in the Indian Police Service (IPS) cadre than within the lower ranks like the constabulary or among other subordinate officers like Inspectors of Police.

An IPS officer is recruited after a nation-wide civil service competitive examination. Upon assuming office after training, these officers are often posted in key positions, often responsible for crime investigation for an entire district and also hold supervisory responsibility of the entire police force within a district, or a city, or parts of a district. It is these officers, who over time get promoted and serve in key positions like the Inspector General of Police or Director General of Police, eventually holding the responsibility for the entire police service in the state or of its manifold specialised departments or administrative divisions.

The impact of criminality with impunity in the rank and file of the police upon the entire rule of law framework and the concept of fair trial is damning. No state can justify its lethargy to address this scandalous issue. The ending of criminality in police service is not a resource intensive process. What is required is the will of the people translated into government action.

Over the years, several instances have been reported in the media, as well as shared by the public, of their experiences with officers operating with criminal intent within the police service. However, none of these instances have led to an open investigation or appropriate actions taken against these officers. The routine is that the accused officer is transferred from one station to the other and over time the investigation stalled and dropped.

So much so, there are officers serving in the state police department, who are involved in financial misappropriation, engaged in the business of selling pirated movies, leading gangs of organised criminals engaged in stealing petroleum products from filling or transportation hubs, or illegally dealing with recovered articles like gold in theft cases. In one instance a high-ranking officer was reported to be having an intimate relationship with a criminal who was also posing as a godman, and is accused of helping him get away with the crimes he is accused of, including multiple instances of rape. All of these cases, and many more have been reported in the media, where the officers were named, yet no open investigation was undertaken and the officers punished and removed from the service.

One of the reasons why criminals go unpunished in the police service is the absence of any independent body constituted by the government to investigate crimes alleged against police officers. Existing agencies like the State Vigilance and Anti-Corruption Bureau has its mandate limited to investigating corruption, and is unfortunately led by police officers in deputation or transfer from the state police department. While this agency has been reasonably effective in trapping low-ranking civil servants like clerks, village officers and the like, there are hardly any police officers against whom the agency has been successful in undertaking prosecution, despite the fact that the rank and file of the police department is deeply corrupt. Criminality within the police service is not limited to corruption.

The presence of criminals within the police service has adversely affected the quality and certainty of crime investigation. It has resulted in reducing the entire criminal justice process into a triviality. In fact, the situation is such that the ordinary people have lost faith in the institution and refers to it as “criminals in uniform.” This is now confirmed by the institution’s head. This however is the first time in the entire history of the country, that a SPC has openly admitted the problem.

There is however hope in Kerala. The state police department has within itself created what is known as a police modernisation wing, with a senior police officer in the rank of Additional Director General of Police heading it. One of the key issues that this newly created division should venture into is to suggest setting up of an independent agency and procedures to be followed to investigate crimes committed by police officers. Without ending criminality within the police service, the institution will remain unfit to discharge its duties and will not be able to modernise.

While the open admission about criminality in the state police department by the SPC is commendable, a question that must be asked is what has his office done so far to end it? It is equally important for the civil society in the state including the media to immediately act upon this important issue. Keeping the state police safe from criminals in uniform is a subject of national interest.

« INDIA: Weed out the rogues in uniform rather than trivialising rape

AHRC TV: Torture within the region in JUST ASIA, Episode 177 »