WORLD: We apply the law without distinction, fear or favour – ICC Chief Prosecutor

In an exclusive interview with Nilantha Ilangamuwa, the editor of Torture – Asian and Global Perspectives, Ms. Fatou Bensouda, the Prosecutor of the International Criminal Court (ICC), said, “We apply the law without distinction, fear or favour. We follow the mandate that has been given to us under the Rome Statute. Regrettably, often the lack of full understanding of the Court’s legal framework and jurisdiction only helps to exacerbate baseless attacks against the ICC It is therefore critically important to raise awareness about the mandate and activities of the Court to counter misperceptions and to increasingly build support for the ICC”. 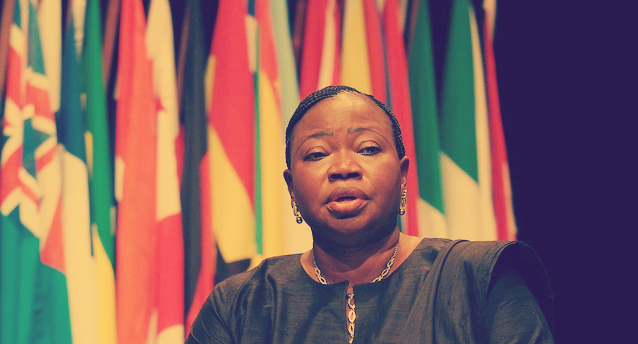 Fatou Bensouda, the Prosecutor of the International Criminal Court ( Photograph provided by the ICC)

Ms. Bensouda went on to say, “The ICC was established, among other things, to try persons accused of massive crimes in situations where their own national jurisdictions are either unwilling or genuinely unable to do so, for example, because of the powerful positions occupied by the suspects or the accused. The Rome Statute is very clear: no one is above the law”.

Before her election as the chief prosecutor of the ICC she was the Attorney General and Minister of Justice of the Republic of Gambia. Ms. Bensouda’s international career as a non-government civil servant formally began at the International Criminal Tribunal for Rwanda, where she worked as a Legal Adviser and Trial Attorney before rising to the position of Senior Legal Advisor and Head of the Legal Advisory Unit.

In December 2011, the Assembly of States Parties of the ICC announced that an informal agreement had been reached to make Fatou Bensouda the consensus choice to succeed Luis Moreno-Ocampo as Prosecutor of the ICC. She was formally elected by consensus on 12 December 2011 and her term as Prosecutor began in June 2012.

“In short, the ICC is a permanent independent and impartial judicial institution with just over a decade of existence. People need to be patient and not prejudge the Court,” she said.

“The ICC is no longer an ideal aspiration on paper, but a real and functioning institution whose value is being slowly but increasingly understood and appreciated. The Court is here to stay and everyone must realise that they have to adjust to this new reality; politicians, law makers, mediators, as well as warlords, have to adapt their behaviour to the new Rome Statute framework,” she added.

In her interview, the prosecutor refers to the land mark case against the incumbent president and his deputy in Kenya, Messrs Kenyatta and Ruto with the interviewer as follows: 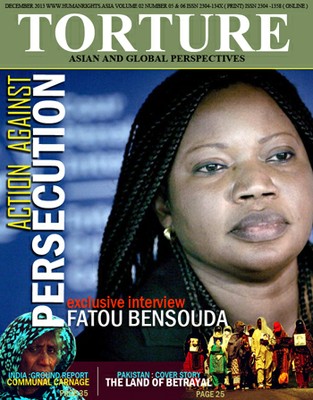 The question posed by Nilantha Ilangamuwa: I remember, in an interview that you gave to one of the television channels in Kenya during your visit, you elaborated the case against the incumbent, President Kenyatta, who is responsible for severe crimes. The trial of President Kenyatta is about to start again, but at the same time there are reports of the intimidation of witnesses by the ruling party. According to the recently published article, “The standoff between Kenya and the ICC remains unresolved. Kenyatta and Ruto continue to make a show of cooperating with the court in order to avoid the issuance of arrest warrants and the ensuing pariah status now faced by Sudan’s Bashir.” Could you please tell us about the trial? Are there any possibilities for the victims to find justice?

Ms. Fatou Bensouda replies: “At the outset, it is important to underscore that Messrs Kenyatta and Ruto have the right to the presumption of innocence, as do all individuals who stand accused of crimes before the ICC. They are each accused on the basis of their alleged individual criminal responsibility for crimes against humanity, committed during the violence which erupted in Kenya in the wake of elections in 2007-2008. As I have stated publicly on numerous occasions, whilst our pursuit of justice for the victims of the 2007-2008 post-election violence in Kenya has faced many challenges, my Office’s commitment to the victims has remained firm. We have and will continue to do all that we can to realise justice for the victims of the 2007-2008 post-election violence in Kenya. We cannot, however, discount the very serious obstacles we’re faced with.

Under the Rome Statute framework, the Office of the Prosecutor has a statutory duty to protect victims and witnesses. It is a key Office priority to preserve the integrity of our cases and to protect our witnesses. Under Article 70 of the Rome Statute it is an offence to corruptly influence or intimidate a witness. I have made no secret of the fact that we have experienced witness interference on unprecedented levels in the Kenya situation, and this can be a real threat to the Court’s proceedings and our goal of bringing a measure of justice for the victims of crimes.

We appreciate the sacrifices that witnesses make for the sake of establishing the truth. Witnesses are in many ways an indispensable component of the proceedings. Witnesses who have the courage to come forward and tell the truth deserve our protection and praise. They deserve our utmost respect and admiration for their commitment to the pursuit of justice. Unfortunately, we have seen witnesses in our cases being bribed, threatened and intimidated. Efforts are made to make them recant their stories, or even deny them. In October 2013, I requested the judges to issue a warrant of arrest against Mr. Walter Barasa in Kenya, on suspicion of corruptly influencing or attempting to corruptly influence Prosecution witnesses. The warrant of arrest has been issued. We are waiting for Kenya to execute this warrant and to transfer Mr. Barasa to the custody of the Court in The Hague to be tried for offences against the administration of justice.

The Office of the Prosecutor will apply the full force of the law to protect our witnesses and ensure justice runs its course unimpeded. We cannot stand idly by and allow these serious offences to undermine the Court’s proceedings and credibility. It goes without saying that in this struggle, the assistance and cooperation of the Court’s States Parties are crucial”.

In this lengthy interview, Prosecutor Bensouda elaborated the comprehensive role of the ICC and its commitments to bring the justice to the victims and their collaboration with the United Nations and its Security Council. The full text of the interview will appear in the coming issue of the Torture: Asian and Global Perspectives, which will be available later this month.

Click here to read previous issues of the magazine

« SOUTH KOREA: Renault Samsung Motors should stop the disadvantage actions to the victim of sexual harassment and the colleague who assisted her with the court case