Home / News / SOUTH KOREA: HOW to HONOUR the heroes of the Gwangju uprising in 1980?

SOUTH KOREA: HOW to HONOUR the heroes of the Gwangju uprising in 1980?

On May 18th, the Gwangju uprising is being celebrated in the Republic of Korea as well as elsewhere. It has been the position of the Asian Human Rights Commission that May 18th should be recognized as a universal day of commemoration and also reaffirm the commitment to democracy, human rights, and human dignity. 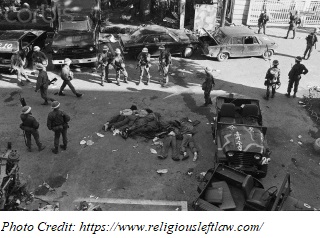 The most admirable aspect of those who gave their lives in defence of democracy and human rights in Gwangju as well as several other parts of South Korea is that they preferred to die rather than to live under a military dictatorship and under oppression. They had a choice not to go down that path but they chose otherwise. Today, South Korea is what it is because of those who made such sacrifices.

When the Conditions of life in South Korea was appalling

Perhaps, what is forgotten today in South Korea which is today an affluent country is that not once but many times they were under severe forms of repression, brutal colonial controls, as well as horrendous military controls. The people have suffered enormously under those conditions.

It is necessary to recall this today because all around Asia, and particularly in South Asia and South East Asia, people are suffering enormously under conditions of horrendous forms of repression. In many countries, the system of governance and management has so drastically collapsed that people no longer have the protection of the law. Democracy is undermined in severe ways in favour of more authoritarian and sometimes anarchical forms of Governments. What life was for South Koreans some decades ago is what life is for vast millions of people today.

Collapse of governance and the management structures within society is manifest in most blatant ways at this moment when the Covid-19 pandemic is claiming large numbers of lives in India and in all South Asian countries and also some of the South East Asian countries. Leading voices in India have called the kind of deaths that are occurring in their country being a result of failed governance, an act of neglect which would amount to a crime against humanity. That is not an emotional outcry, but the expression of reality.

While Covid-19 is a recent problem, the process of the collapse of governance in many of these countries is a long term problem. Bad systems of policing, the near non existence of credible criminal investigation systems which act on the basis of internationally acceptable standards, highly negligent and politicized prosecutorial systems and the marked collapse of the independence of the judiciary are the normal conditions under which people in these countries live. Any average person living in these countries, if asked, will describe, what a nightmare their life has become. 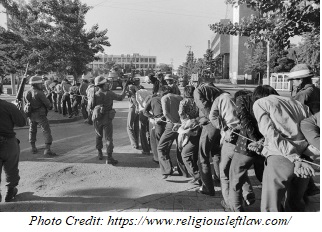 This tragic situation in these countries has gone unnoticed. When the Jews were being put into concentration camps and gas chambers, the world was silent. All the expressions of horror came only after the war when pictures of what had happened began to be exhibited through various forms of media. When Cambodia collapsed under the 1975 – 1979 regime of Pol Pot, the world was again silent. All the concerns about Cambodia’s people came only many years later and by then the damage that would last for many decades to come had already taken place

The inherent incapacity to deal with emerging catastrophes

There seems to be some inherent incapacity to deal with an emerging catastrophe as it takes place. This is so particularly true in the field of human rights and democracy. Perhaps, on an occasion like the present, when we celebrate a significant historical event, it is better to spend a little time to ask as to why such delays take place.

In the human rights movements and democracy movements in particular, one reason stands out more than others. Most articulate voices and those with control over resources for the promotion of democracy and rule of law come from developed countries. In the post Second World War period, they have not seen the kind of horrors that the developing counties are going through. Besides that, centuries of development of the systems for the administration of justice, like the policing system, criminal investigation systems, the prosecutorial systems and also the judicial system provides for these developed countries an umbrella of protection. We are not saying that these institutions are perfect. However, they are working reasonably well and the people who grow up in these countries grow up in that environment and acquire their intellectual perceptions on the basis of their own lived experiences.

However, the lived experience of less developed countries is so different. Unfortunately, despite a movement for human rights, particularly beginning with 1948, while many things have been done, the global understanding of the life of people who are living in developing countries has not been grasped thoroughly by the global human rights community. The leaders of the global human rights community very often prescribe remedies based on their own historical experiences without any understanding of the kind of illness they are dealing with in terms of democracy, the rule of law and human rights in developing countries.

It would not have been difficult to create a vibrant dialogue between the developed countries and developing counties if there was a realization of the vast gap of consciousness and understanding that prevails between the two camps. All that was needed was to come into contact with people of developing countries who will express very clearly the existential conditions under which they live. However, there are no forums for such kind of discussion.

The Asian Human Rights Commission has tried to raise these issues even with the globally powerful human rights organizations. None of the issues like the reform of bad policing systems, widespread torture that daily takes place through Police stations, routine problems of extrajudicial killings and disappearances, widespread rape and the abuse of the rights of women and also the large scale abuse of the rights of children, the large scale plunder of natural resources, and the destruction of the environment and vast problems created in ecology which in turn creates serious health problems by contamination of food and drinking water, have received adequate attention at least by way of a discourse that could be called an authentic one.

The Asian Human Rights Commission for several decades has pointed out that a democracy cannot exist if the judicial systems are undermined to an extent that the judges will have to pay a heavy price if they are to act independently, particularly on matters that are dealing with the wrongdoings of the Executive. It has also been pointed out that the prosecutorial systems can be so contaminated by political factors that instead of serving to protect the people, these institutions will protect the Executive from the people. Worst of all are terrible conditions of highly corrupt and irresponsible policing systems that prevail in these countries.

These factors create a conflict of democracy because when these factors prevail, Governments cannot exercise a proper management over a country. When management structures break down, not only civil and political rights but also economic, social and cultural rights gets deeply affected. The right of education, the right to health and the right to proper food and drink and all the other factors that goes in the name of human rights are also completely undermined when the management fails. And the management failure by the State is what we call a failed or failing State.

Failing States often resort to militarization. Heavy levels of militarization that is happening in these countries mentioned above is an indication of not just the violation of democracy and human rights but the abandonment of democracy and human rights altogether in favour of rigid controls of an authoritarian system. National security laws take the place of normal laws. Administrative detention is used against everyone including the people who actively promote any positive reform, against intellectuals, against journalists, against human rights activists, against trade unionists and anyone else who represents the poor.

The poor does not matter- The gap between human rights movements in affluent counties and poor counties.

The underlying premise is that the poor do not matter. Anyone who tries to attempt to be of assistance to the poor is regarded as some kind of a subversive that is disturbing the peace. The peace here means the right to plunder national resources, for unlimited forms of corruption and causing the deterioration of the livelihoods and incomes and protection which are essential to live a life of dignity.

We thought it fit to raise these serious issues because those who gave their lives in the Gwangju uprising took their obligation towards democracy and human rights seriously. To honour these persons, we should at least to some extent be honest enough to examine whether we have as much commitment as they did, whether we at least have some genuine concerns about democracy in the world.

What we are calling for is not about sanctions and punishments as is often misunderstood. What we are calling for is for a global discourse where resources will be made available for these countries both to the Government and civil societies to do their tasks in order to improve their systems of policing, the systems of criminal investigations, the systems of the judiciary, the systems of prosecution and all other institutions of accountability. This could happen only if the two parts of the world, those who live in affluent circumstances and those who do not live in affluent circumstances are able to talk to each other on the basis of good faith and on the basis that they want to respect the human divinity of all.

If such a discourse could be created, the resources will naturally generate. Through common consensus, there will be less war and more discourse and dialogue.

It is a pity to see that often human rights are being used purely as a political tool for all kinds of hidden agendas which are not for the benefit of the people but for the people who represent powerful forces. This image of human rights should disappear. Human rights democracy should appear as a common heritage and the common rights of all the people who wish to pursue peace and who wish to contribute to a world where human resources and natural resources could be better utilized in order to generate the kind of respect for human rights that every person of good will wants to see.

« SRI LANKA: The loss of capacity for criminal justice