AHRC TV: Mass destruction in Burma and other stories in JUST ASIA, Episode 149

This week Just Asia begins with Burma, where satellite evidence shows mass destruction in Rakhine state, home to the persecuted Muslim Rohingya minority. The latest images from Human Rights Watch indicate that some 820 structures were burnt in five villages between November 10-18. The rights watchdog is calling for an urgent UN investigation into the violence and abuse ongoing in the state, beginning on October 9, when militants attacked police border posts. In the ensuing military crackdown hundreds have been killed and arrested indiscriminately, thousands have fled their homes and many women are claiming that soldiers are raping them. 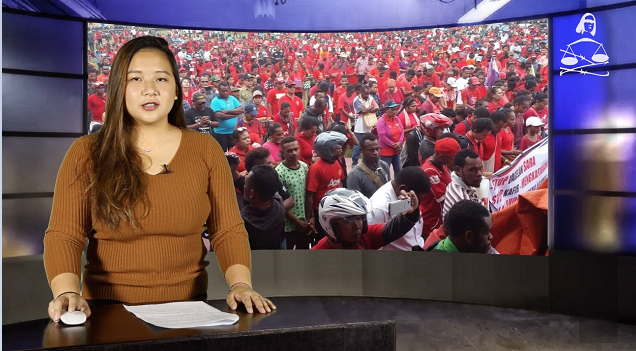 In Pakistan, 13-year-old student Mohammed Ahmed Husain was brutally tortured at a military run Cadet College, leaving him mute and paralyzed. Reports at the Karachi hospital where he is being treated show that due to torture two of his ribs and four neck bones are fractured. His kidneys have also suffered because of a long and continuous coma. Two other students aged 13 and 12 shot themselves earlier this year after being subjected to severe torture for many days. The parents did not complain because of the intimidation and coercion from the army.

In Malaysia, thousands of protesters rallied on November 19, calling for the resignation of Prime Minister Najib Razak amidst allegations of financial fraud. One day earlier, police detained activist Maria Chin Abdullah, Chairperson of Bersih, the electoral reform group that organized the rally. Other activists and politicians were also detained, to ‘prevent rioting’, said the police. The May18 Memorial Foundation and the Laureates of the Gwangju Prize for Human Rights issued a statement on November 22, calling for the release of Maria and the realization of the right to free and fair elections and good governance in Malaysia.

Moving to Thailand, police arrested a 71-year-old writer on November 14th under the lèse majesté law for allegedly making comments about the Thai Monarchy at a political seminar. The seminar on the constitution drafting process was organised by the New Democracy Movement (NDM), an anti-junta youth activist group, at Thammasat University on 12 September 2015.

In Nepal, a woman who sneaked in four pairs of shoes from India was taken into custody and manhandled. Video footage of the Nepali Police’s Tiger Team hitting and body searching Chanda Kumari surfaced online and has been going viral since. Human rights groups have criticized the police for their unprofessional and violent behavior towards a woman.

Next, Indonesia saw more people on the streets after police named Jakarta’s Christian governor as a suspect in a blasphemy case. Various civil society groups organized a public rally on November, calling for the public and the government to respect pluralism, diversity and to protect minority groups. “We are gathering here not to protest but to show that we are not easily divided by religious or political issues,” said Budiman Sujatmiko, a legislator from the Indonesian Democratic Party of Struggle, the country’s largest political group. Passing by the Presidential Palace and nearby main streets, the crowd chanted, “United Indonesia cannot be defeated.”

« PAKISTAN: Caught between the military and the terrorists