“If she had been killed on a street corner in this village, would you even be here?” was the question put to journalist Mehreen Zahra-Malik, by the husband of Farzana Iqbal, a young woman bludgeoned to death in front of the Lahore High Court.

Probably not, as violence against women is not only entrenched in Pakistani society, it has also been normalised. Such is the recurrence of gender violence that incidents do not deserve mention until they are ghastly, i.e. with shock value in a normalised cycle of violence. 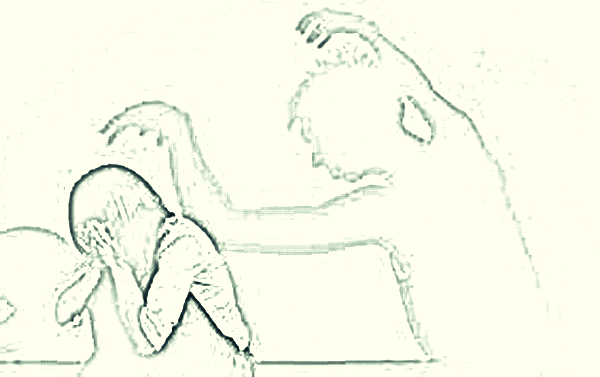 Had Farzana’s assailants, which include her parents and brothers, killed her in her village, she would have been just one of the 869 women killed in Pakistan, according to official statistics, for the ‘crime’ of marrying a man of her choice. The audacity of the attackers, who unleashed their violence on Farzana right in front of the High Court, shook the nation and caught the attention of the international community, resulting in condemnation for the (dis)honour killing.

Unfortunately, Pakistan is not the only country in the region where women live and die horribly. They face the same predicament in India. There they can be found hanging from a tree after being gang raped, as was the case this month in Badaun, Uttar Pradesh. They can be killed in Haryana despite police protection given to them by the Supreme Court for, again, marrying a man of their choice. They can be stripped on camera in Guwahati, Assam, with a ‘gutsy’ news channel broadcasting it live.

Similar are conditions in Nepal. Women can simply ‘disappear’ from their villages and find their way to Indian brothels with no one in the ‘republic in transition’ bothering about them. They can get kidnapped and raped by security forces, or other armed groups, for a political point or a statement of power.

With all the countries in the South Asian region performing these normal acts so spectacularly, how could Bangladesh be left behind? It has its own dubious distinctions related to gender violence, ranging from killing of 5 women a day to acid attacks.

Ironically, despite women from marginalised sections bearing the brunt of such attacks, even elite women are not immune from this violence. They too live in fear of being violated.

What is it that keeps women in this large area perpetually under threat? Why do they live the same horror of being violated, be it in Pakistan, which is engulfed by regressive Islamic fanaticism and by anti women legislation like the Hudood ordinance, or in ‘democratic’ India, which apparently possesses progressive laws to protect women? Why do the bodies of women emerge as a primary site of power struggle in societies as different from each other as those found in Nepal and Bangladesh?

Patriarchy cannot be the answer to this simple question, despite being the ideological fountainhead from which this violence emanates. As it is, hardly any society in the modern world has gotten rid of patriarchy, but all of them do not witness comparable degrees of violation of women’s bodies and psyches.

Can anyone claim that Scandinavian countries, which sit atop the human development index, are not patriarchal? But then, does one ever see them brutalising their women, barring extreme exceptions courtesy psychopaths? What is the difference that makes the patriarchies in these countries manifest themselves so differently from those in South Asia?

There is just one.

Their criminal justice system does not merely illegalise sexual violence; it also delivers justice in such eventualities. It does not merely redress the grievance but also tries to offer rehabilitation.

This is exactly what South Asian criminal justice systems do not offer. Often, they are systematically anti women, as in Pakistan, where the Hudood ordinance still persists – the changes in 2006 merely being cosmetic, diluting overtly misogynist provisions and bringing the offence of rape under the ambit of the Pakistan Penal Code.

In India, on the other hand, the criminal justice system is plain inefficient and corrupt. However tough and progressive laws may be, what is their worth if law enforcement agencies mandated to enforce them are corrupt?

The police are the first formidable hurdle a victim of sexual violence in South Asia faces – the hurdle of a policing system complicit with perpetrators. And, what happens if a brave victim fighting for justice succeeds, despite the odds, in crossing this first hurdle? She reaches the Kafkaesque gates of the judiciary, which lead to a system equally, if not more, corrupt that that of the police; a fact accepted, though not so publicly, by higher judiciaries of all South Asian countries. Thereafter, the victim faces numerous other stumbling blocks on the path to elusive justice such as, ‘witness protection’, the might of extra-constitutional bodies like Khap panchayats, and the concept of blood money.

Faced with a criminal justice system, the labyrinths of which are capable of being tailored to suit the needs of perpetrators and deny the rights of the ordinary citizens accused of far lesser crimes, miscarriage of justice is a foregone conclusion.

All South Asian countries have their own notorious cases, like the killers of Jessica Lal getting away scot free in India, despite having killed Jessica in a party, in front of 300 witnesses. The verdict enraged middleclass Indians to such an extent that the case was reopened, and the culprits were finally punished. But this exception proves the rule.

What is the point of having the police and the courts if only on camera outrage covered by national media can achieve justice? There is another problem with such expressions of outrage. They often erupt either in high profile cases, or when the brutalities are beyond imagination. That is why one gets Pakistan shaking in anger over the public lynching of Farzana in front of the high court and India outraged with two minors being hung from a tree, but no reaction to countless other cases of similar brutality. Forget media, the fatigue that has set in by the ‘normalised’ violence is so deep in society that even self appointed custodians fail to raise their voice for less privileged victims/survivors.

What is the way out? It is definitely not in making laws even more stringent or in awarding the death sentence for perpetrators. Laws mean nothing without strong investigation systems, complete with forensic capabilities, and an upright judiciary that delivers. In short, one may have as many laws as one wants; they will prove to be toothless in absence of convictions.

Sadly, all South Asian countries witness conviction rates of less than 25 percent in cases of sexual assault. The only way out is radically restructuring the criminal justice systems of these countries. This would include of course mean making laws consonant with international standards – the Hudood ordinance must be repealed from Pakistan for instance. But even more importantly it would mean making the policing accessible and incorruptible, ensuring a robust witness protection system, and weeding out corruption from the judiciary.

Till we achieve this, a gender just South Asia is a utopian idea. 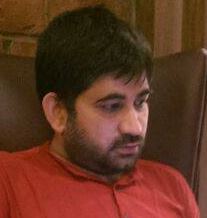 About the Author: Mr. Pandey, alias Samar is Programme Coordinator, Right to Food Programme, He can be contacted at samar@ahrc.asia

PHILIPPINES: A 25-year-old rape victim worries her perpetrator could undermine her case »