This week Just Asia focuses on international human rights day, celebrated annually on December 10. It commemorates the day on which the Universal Declaration of Human Rights was adopted in 1948. The UN theme for this year’s Human Rights Day is ‘Stand up for someone’s rights today!’ At a time when intolerance and violence is on the rise, Human Rights Day 2016 calls on everyone to reaffirm our common humanity, and take a stand for human rights. Basil Fernando shares the AHRC’s message on human rights day. 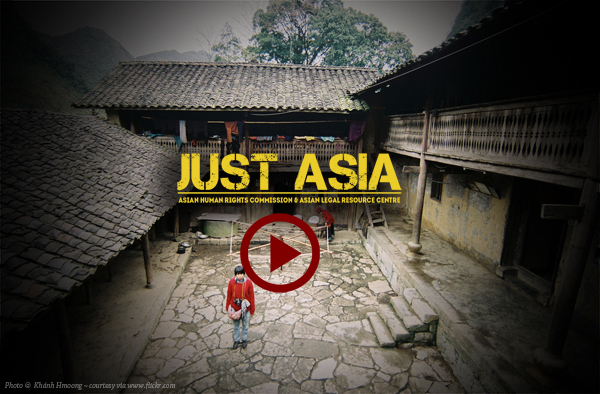 Next, in the Philippines, six months after President Duterte was elected and began his crackdown on drugs, more than 4000 people have been killed. Of these, only 400 deaths are being investigated. Human rights groups claim that it is the poor and marginalized who are being targeted, rather than drug dealers or pushers. Just Asia speaks to Researcher Danilo Reyes for more information.

In Pakistan, human rights defenders are being increasingly targeted for speaking out. They are branded as traitors and foreign agents, and are ostracized and black listed. The year 2016 has not seen any change from the previous years in terms of human rights protection, despite efforts from civil society and activists. Custodial torture, extrajudicial killings, violence against women and minorities all continue unchecked. Pakistan continues to top all the wrong indexes on gender disparity, infant mortality and the number of executions. Just Asia speaks to Baseer Naveed for details. 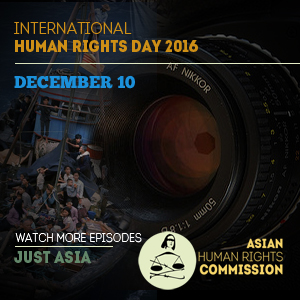 In Thailand, student activist Jatupat Boonpattaraksa has been accused of defaming the Thai monarch after sharing a BBC Thai article on the country’s new King Vajiralongkorn. The 25-year-old student of Khon Kaen University, and a key member of the pro-democracy groups Dao Din and New Democracy Movement (NDM), Jatupat was arrested on December 3 and taken to the Kaeng Khro Provincial Police Station, Chaiyaphum, Northeastern Thailand. He was later released on unconditional bail. Given the harsh punishment of the lèse majesté offence, Jatupat could face up to 15 years’ imprisonment.  Just Asia speaks to Jatupat for his views.

Indonesia still faces a lack of human rights protection, despite the government launching its National Mid-Term Development Plan as well as its National Action Plan on Human Rights. Two years under President Widodo, many cases of human rights violations remain unresolved, including cases of torture, arbitrary arrest and detention, forced eviction and land conflict. Impunity and light punishment for the perpetrators of these violations continue to be a major problem of Indonesian law enforcement. To learn more, Just Asia speaks to Haswandy Andimas, Director of Makassar Legal Aid.

Finally, the Urgent Appeals Weekly features a case from Pakistan.

SRI LANKA : Media Statement by the Organisation for a Just Society »