This week Just Asia begins with Pakistan, where the Supreme Court ordered a week-long stay on the execution of mentally ill Imdad Ali. Despite being diagnosed as “insane”, Ali was to be hanged early on September 20. Due to appeals by rights groups, the Supreme Court will now hear the case on September 27 and make its final decision regarding Ali’s life. 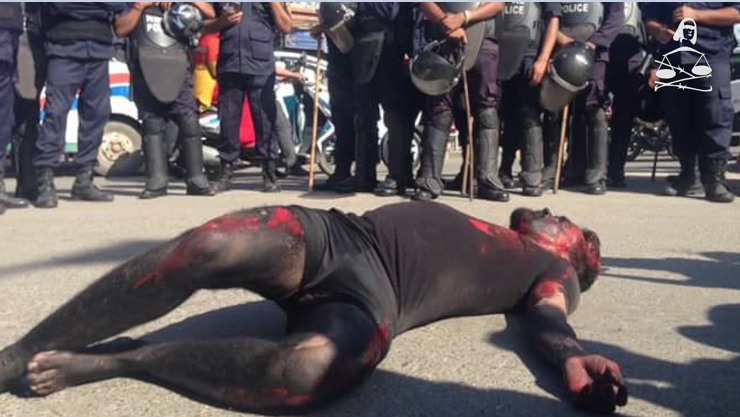 In Sri Lanka, 30-year-old Kaviratne Raviraj was pronounced dead sometime after being taken to the Pussellawa police station. According to Raviraj’s family, he was assaulted by police officers at the time of arrest as well as inside the police station. The police claim Raviraj hung himself with his own t-shirt. The Asian Human Rights Commission (AHRC) calls for a comprehensive forensic examination of his body. Such an examination will clearly establish the cause of death.

Nepal is celebrating one year since the promulgation of the 2015 Constitution, with September 20 being declared a national holiday. While various communities in hilly areas have celebrated with much fanfare, rallies and lights, 51 percent of Nepal’s Terai residents observed the day as a black day in Nepal’s history.

Moving to Indonesia, the country’s human rights court has failed to provide justice for victims and family of victims. Since it was established in 2000, Indonesia has tried three cases of gross human rights violations. In all three cases, all of the perpetrators, mostly military personnel and police officers, were acquitted by the court, due to a lack of evidence. Therefore, over the past year, Indonesian civil society has been working on revising the law on the human rights court. To learn more, Just Asia speaks to Chris Biantoro.

Finally, the Urgent Appeals Weekly features three cases from Nepal and Indonesia.
Just Asia has also produced a short documentary on violence against women in Pakistan, which can be seen here.

The bulletin can be watched online at www.alrc.asia/justasia and AHRC TV YouTube. We welcome both human rights feed to be considered for weekly news bulletin, and your suggestions to improve our news channel. Please write to news@ahrc.asia. You can also watch our Weekly Roundup on Facebook.

« SRI LANKA: Supreme Court Judgments on torture and the State’s failure to protect those in custody