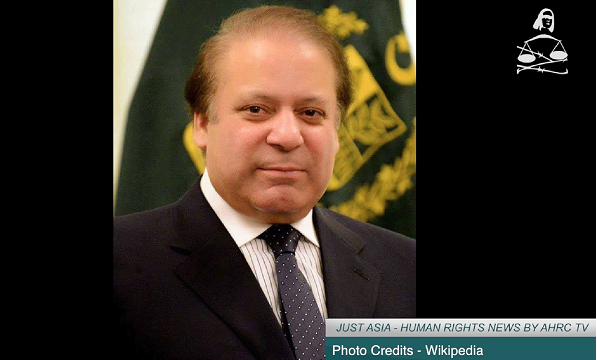 This week, Just Asia begins with the resignation of Pakistan’s Prime Minister, Nawaz Sharif. The country’s Supreme Court disqualified Nawaz Sharif on July 28, and called for criminal charges to be filed against Sharif and his family. Under the constitution of Pakistan, the prime minister is elected for five years. Until today however, no elected prime minister has completed their constitutional terms. Former Prime Minister Mr. Gilani, was also dislodged by the Supreme Court in 2012 after he had completed four years of his term.

In the bloodiest assault so far in President Duterte’s crackdown on drugs, police in the Philippines have shot 15 people on Sunday. The victims included the mayor of the southern city of Ozamiz, Reynaldo Parojinog. Parojinog, who also faced corruption charges, had denied any links to illegal drugs. He was the third mayor to be killed under Duterte’s bloody crackdown, which has left more than 3,000 dead in reported gunfights with police and thousands of other unexplained deaths of suspects.

In India, the country’s Supreme Court has denied a 10-year-old rape survivor from getting an abortion. The child was 32 weeks pregnant, and the Supreme Court relied on the findings of a board of doctors that opined an abortion would be unsafe for both the girl and the fetus. The law in India allows for abortions of fetuses up to 20 weeks old. This case brings the focus back on the Medical Termination of Pregnancy Act in India and proposed amendments to it, which would increase the time limit to 24 weeks.

In Vietnam, four members of a pro-democracy group were arrested on charges of attempting to topple the country’s one-party state over the weekend. Police took the four men into custody on Sunday. Members of the online group Brotherhood for Democracy, the four men have been charged with “carrying out activities aimed at overthrowing the people’s administration” under Article 79 of Vietnam’s Penal Code. If convicted, they could face the death penalty. Amid an ongoing crackdown on dissent in Vietnam, authorities have been using Articles 79 and 88 of the Penal Code to detain and jail writers and bloggers.

More than three months since a senior officer of Indonesia’s corruption watchdog became a victim of an acid attack, no one has been prosecuted for the crime. President Joko Widodo is also reluctant to establish an independent fact-finding team to back up the police investigation. While the police had initially arrested Mr. Niko Panji Tirtayasa as a suspected perpetrator, he was released after 24 hours due to a lack of evidence. On 31 July, the police finally released a sketch of the alleged assailant who threw acid at the Corruption Eradication Commission’s Novel Baswedan in April.

« SRI LANKA: Innocent man fired on by Police at Meegalewa

PAKISTAN: Without respect for law, legal profession will flounder »