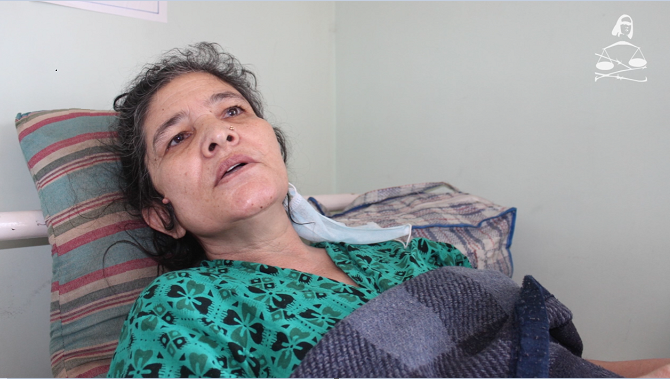 This week Just Asia begins with Nepal, where Ganga Maya Adhikari, an icon of justice, has resumed her hunger strike on August 11, calling for justice for her son Krishna Prasad. Krishna was brutally murdered by Maoists in 2004. Since 2013, Ganga Maya and her husband were on hunger strike. Instead of justice, 22 September 2014 saw Nanda Prasad meet with a painful death on the 334th day of his hunger strike. Ganga Maya’s health is also deteriorating, and the Asian Human Rights Commission (AHRC) urges the government of Nepal to provide justice and prevent yet another senseless death.

The Thai prosecution has indicted the case against five defendants for exercising their freedom of expression and campaigning against the draft constitution. The public prosecutor has further asked the Court to revoke the defendants’ right to vote for ten years.

In the Philippines, three indigenous farmers were killed by private security guards, as they were occupying contested land. Although one of the farmers, Remar Mayantao, raised his hand in surrender, he was still shot. Three other Lumad farmers, including a 15-year-old girl, were wounded. The guards were hired by RAMCAR Inc, which is presently using the ancestral Lumad land to raise cattle.

The Pakistan government meanwhile, has failed to conduct any impartial probe into the killings of 73 lawyers, and is instead blaming India or the Taliban. The AHRC is therefore urging lawyers from around the world to come together and demand a UN inquiry into the matter. The lawyers were killed to pave way for the smooth construction of the China Pakistan Economic Corridor (CPEC), through Balochistan, which is strongly resisted by the Balochi people.

Moving to Indonesia, the country’s Penal Code does not recognize torture as a crime, resulting in torture becoming rampant. Torture is still used as a method to obtain confession from suspects or accused persons, and is largely unpunished. The few cases that make it to court result in light punishment; four police officers were sentenced to three years imprisonment earlier this year, for torturing to death Mr. Suharli. To learn more, Just Asia speaks to Chris Biantoro, Programme Coordinator at the AHRC.