AHRC TV: Activist on hunger strike in Thailand and other stories in JUST ASIA, Episode 135

This week Just Asia begins with Thailand, where 25-year-old Jatupat Boonyapatraksa is continuing his hunger strike at Phu Khiao District Prison, Chaiyaphum province to protest against the country’s broken justice system. Jatupat was arrested on August 6 for distributing anti constitution flyers. The Resistant Citizen group have invited ordinary Thai people to write post cards calling for the government to drop charges against Jatupat. 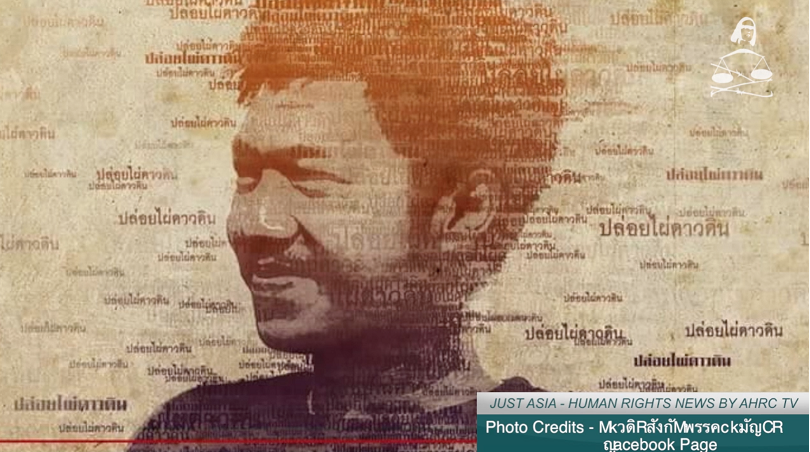 In India, a sedition case has been filed against Amnesty International India, after an argument broke out between two groups at an event discussing the violations in Jammu&Kashmir. ABVP, the student body affiliated to the Rashtriya Swayamsevak Sangh (RSS) in India, alleged that anti-India slogans were chanted at the event. The use of the anti-sedition law has come under fire earlier as well, in the case of Kanhaiya Kumar and other student leaders at Jawaharlal Nehru University in Delhi for similar allegations.

In Pakistan meanwhile, official reports state that nearly a thousand bullet-ridden corpses have been recovered from various parts of Balochistan in the past six years. Many of these corpses are unrecognizable, with the faces burnt by the use of acid. Over 100 persons are missing, while more than 9,000 suspected militants and criminals have been arrested.

Moving to Indonesia, the second year of President Joko Widodo’s administration has done little to solve the murder of prominent activist Mr. Munir Said Thalib. Munir was poisoned aboard a Garuda Indonesia flight to Amsterdam on 7 September 2004. Not only has the case remained unresolved since then, but the single perpetrator found guilty of putting arsenic in Munir’s orange juice was released on parole in 2015. To learn more, Just Asia speaks to Munir’s wife, Mrs. Suciwati.

Finally, the Urgent Appeals Weekly features two cases from the Philippines and Indonesia.