AHRC TV: ICC asked to charge President Duterte with crimes against humanity and other stories in JUST ASIA, Episode 168

This week Just Asia begins with a call from Filipino lawyer Jude Josue Sabio, asking the International Criminal Court to charge President Duterte with mass murder and crimes against humanity. A 77-page complaint to the Court on Monday states Mr. Duterte was the “mastermind” of a campaign that has killed more than 9,400 people since 1988, when he became mayor of Davao City. 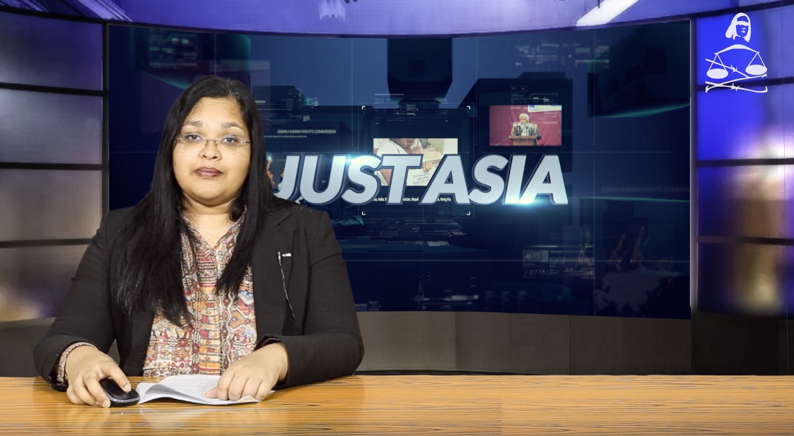 In Pakistan, the horrific mob lynching of student Mashal Khan is raising questions about the utility of a draconian blasphemy law that is misused with impunity. It has been used for decades to repress religious minorities and other vulnerable groups. The death of Mashal prompted large sections of Pakistani society to come out in protest, calling for justice. “Justice requires abolishing the blasphemy law,” says Baseer Naveed of the Asian Human Rights Commission.

A video surfaced on social media in India, showing a young couple being beaten up and paraded naked around Shambupura village in the state of Rajasthan. The young couple had married against the wishes of their parents and the village Panchayat, and were thus stripped and beaten by more than 15 people, including their fathers. This is indicative of a rise in vigilante mobs taking the law into their own hands for mostly communal and religious reasons in the country.

In Indonesia, there are ongoing calls for President Joko Widodo to urgently set up a special investigation team to look into the acid attack against anti-corruption investigator Mr. Novel Baswedan. The attack in front of Baswedan’s house has left him with severe eye injuries, and he is currently hospitalized in Singapore. There is public concern that the attack is part of a campaign to weaken Indonesia’s Corruption Eradication Commission as a front line institution against corruption.

Two years after Nepal suffered the devastating earthquakes of April 2015, reconstruction in the country is still in limbo. More than 9000 people were killed, and over half a million houses were destroyed in the aftermath. Despite the huge amount of aid given to the government, earthquake victims are still languishing in tattered and leaking tents. At least half a million homes are yet to be constructed, while close to 100,000 families from those eligible to receive grants have not yet been given the money.