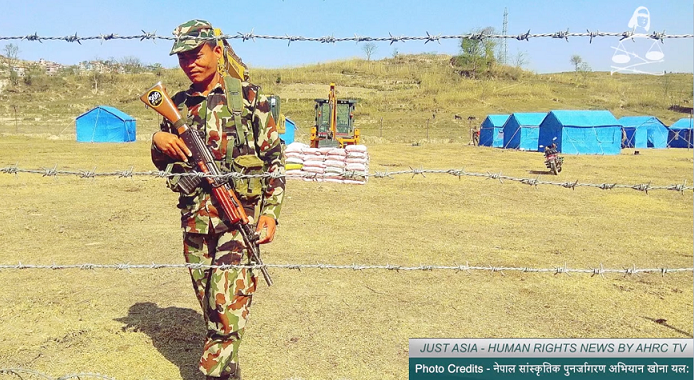 This week Just Asia begins with Rohingya refugee camps in Bangladesh, where young girls are being trafficked into prostitution. A BBC News investigation team went to Cox’s Bazaar, Bangladesh, for an undercover investigation, and found that foreigners seeking sex can easily gain access to children who have fled conflict in Burma. The Rohingya refugee crisis has increased the supply of women and children, encouraging demand and forcing the price of prostitution down.

Next, Nepal is seeing protests against its Kathmandu-Terai Fast Track Project. One of Nepal’s ‘national pride’ projects, the 76-km long Fast Track is proposed along the Bagmati River corridor, and is expected to significantly cut the travel distance from Kathmandu to the southern Terai. While the government and residents of Nijgadh, where the expressway will end, are pushing for quick work, the indigenous Newar communities in Lalitpur, where the road begins, are concerned about violations of their property, land and cultural rights due to the Project.

Indonesia’s corruption watchdog arrested several court officials for bribery in a civil case early last week. Justice Wahyu Widya Nurfitri of the Tangerang District Court, court clerk Tuti Atikah, and lawyers Agus Wiratno and HM Saipuddin were arrested by the Corruption Eradication Commission on March 12. The lawyers were charged with bribing judges with IDR 30,000,000, to change the judge’s ruling in the case. Since 2012, 17 judges and nine court clerks have been arrested and sentenced by the Anti Corruption Court. Both Indonesia’s Supreme Court and its Judicial Commission have failed to develop any effective oversight mechanism to deal with such cases.

Moving to India, more than 50,000 farmers and tribal cultivators marched for 167 kilometres to reach Mumbai from Nashik, a city in Maharashtra, on March 6. Organized by a communist party affiliated farmers group, the march was to protest against the faulty implementation of the state government’s loan waiver, demand better prices for their produce, and land ownership rights. With general elections coming up, the government has agreed to all the farmers’ demands in writing, though implementation is yet to be seen.

Philippines’ President Duterte last week notified the United Nations of its decision to withdraw from the ICC. This occurred after the ICC prosecutors last month opened a preliminary examination into the president’s “war on drugs”, which has led to the death of thousands since July 2016. According to law professor Barry Gutierrez, Philippines’ international standing will be hit if Duterte goes ahead with the withdrawal. Gutierrez further noted that this could affect foreign investment and the economy as well.

« INDONESIA : Peasants in Rokan Hilir brutally attacked to force them to hand over their land