This week Just Asia begins with Pakistan, which has been engulfed by a wave of agitation after the rape and brutal murder of seven-year-old Zainab Ansari in Punjab Province. Zainab’s body was found dumped on a rubbish heap days after she was abducted. Zainab was the 12th victim of child abuse and murder in the neighbourhood, sparking protests and violence as people demanded justice. Since then, Pakistan has seen a slew of abuse cases come to light, while women speak out against the country’s horrific child abuse statistics. 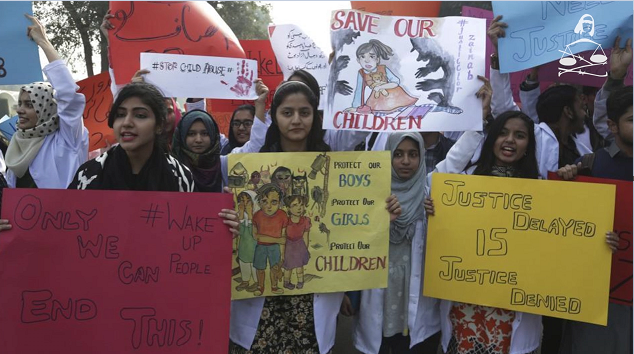 Next, 61 children have died from a measles epidemic and malnutrition in Papua, Indonesia over the past four months. The local government has been unable to respond quickly and effectively to the epidemic, due to limited capacity as well as difficulties in reaching remote districts. Children commonly suffer from malnutrition in Papua and West Papua Province, which is rich in natural resources, but the poorest of Indonesia’s 33 provinces. Just Asia speaks to Mr. Theo Hesegem, senior human rights defender from Papua, for details.

Moving to India, four senior-most judges of the Supreme Court called an unprecedented press conference to highlight their grievances with the Court. The judges made public a 7-page letter written to the Chief Justice, noting problematic case allocations, and questioning various actions of the Chief Justice. Just Asia speaks to Urmila Pullat, researcher for AHRC’s India desk, for her views.

In Nepal, the Kapilvastu District Court has slapped a 2000 rupee fine each on 13 non-Dalits for attacking a Dalit man, Ramparkhan, last year. Ramparkhan was attacked for worshipping at the Shree Kadar Mai temple located at his non-Dalit neighbors’ land on 29 April 2017. The non-Dalit villagers tried to chop off his head, and in the attempt, his brother lost three fingers. This is the district’s first case under Nepal’s caste discrimination law of 2011 in which non-Dalits perpetrators were punished and fined.

In Bangladesh, a new report notes that as many as 28 children are murdered and 49 raped every month. The Bangladesh Shishu Adhikar Forum (BSAF), a network of NGOs, stated in its 2017 annual report that 339 children were killed and 593 raped in 2017, up by 28 per cent and 33 per cent respectively from the previous year. The report also showed that child abuse rose by 7 per cent in 2017 compared to the previous year. It observed that such incidents resulted from legal tangles delaying justice and a culture of impunity that encourages perpetrators to commit crimes.

« INDIA: Ensure whistleblower Thounaojam Herojit Singh is provided protection, his statement recorded, and his diaries produced as evidence by the CBI