India has not ratified the Convention against Torture and Other Cruel, Inhuman or Degrading Treatment or Punishment, but has signed the Convention on 14 October 1997. A draft Bill against torture is in consideration by the government.

Torture is not criminalised in law as a separate or special offense. Provisions in the Indian Penal Code, 1860 (sections 330 & 348) penalises acts that can also be considered as torture, with seven and three years of imprisonment respectively if proven guilty. But the offense attracts no particular relevance if the crime is committed by a police officer. The temporal treatment of the law is to deal with a regular offense. The two provisions also falls short of covering all aspects of torture, as defined in the Convention against Torture.

In addition, the reduced possibility of a proper forensic medical examination of a victim and the complete absence of a witness protection mechanism facilitates easy acquittal of the criminal. The Indian Evidence Act, 1872 also does not have any provisions in dealing with the aspect of torture.

An act of torture, if proved, does not require the perpetrator to pay compensation to the victim. The right against torture is not a fundamental right. The courts in India, thus far have taken a minimalistic view on compensatory claims concerning acts of torture. A claim for compensation is dealt within the realm of personal injury claims. Awards of compensation vary widely from court to court throughout the country.

There is no specific law concerning witness protection in India. The only possible measure is for the court to impose a condition at the time of considering a bail application. The usual practice is to impose conditions like the accused shall not interfere with the witness or the evidence in the case. But there is no safe and watertight framework within which compliance to these conditions could be guaranteed. It is a common practice in India for the accused to try to threaten the witnesses and or tamper with the evidence in a case.

Torture is practiced as a routine and accepted as a means for investigation. Most police officers and other law enforcement officers consider torture as an essential investigative tool, rather than an unscientific and crude method of investigation. Policy makers and bureaucrats believe that there is nothing wrong in punishing a criminal in custody, not realising the fact that a person under investigation is only an accused, not a convict and further, that even a convict cannot be tortured. This is due to the lack of awareness about the crime, its nature and about its seriousness. Torture is practiced by the all sections of the law enforcement agencies, the paramilitary and military units. Torture, as a form of violence is used for social control.

Trauma from torture affects an individual’s capacity to act prudently and further to respond normally to incidents. Torture — metal or physical or a combination of both — is practiced in every police station (12,441 police stations in the country). Given the fact that a victim of torture and a witness — which includes the perpetrator, since the perpetrator is also a witness — suffers from mental trauma from an act of torture, arguably, the police stations in the country are manned by individuals suffering from mental trauma associated with torture.

Concern regarding the widespread use of torture in India has been expressed by domestic as well as international experts, particularly the thematic mandate holders under the UN framework. The National Human Rights Commission of India has repeatedly recommended to the Government of India to ratify the Convention against Torture and to criminalise the act of torture in the country. The Commission said “[d]aily the Commission receives petitions alleging the use of torture, and even of deaths in custody as a result of the acts of those who are sworn to uphold the laws and the Constitution and to ensure the security of its citizens. Such a situation must end, through the united efforts of the Government…”

As early as 1981, the Supreme Court of India has said “…[n]othing is more cowardly and unconscionable than a person in police custody being beaten up and nothing inflicts deeper wound on our constitutional culture than a state official running berserk regardless of human rights” Kishore Singh V. State of Rajastan (AIR 1981 SC 625).

The UN Human Rights Committee as early as 1997 has expressed its concern about the widespread use of torture by the law enforcement agencies in India. (CCPR/C/79/Add.81). Similar concerns were expressed by the Committee on Elimination of Racial Discrimination (CERD/C/IND/CO/19) in 2007 and theCommittee on Economic Social and Cultural Rights (E/C.12/IND/CO/5) in 2008. For a complete list of documents concerning India at the UN Data Base please visit here.

1997 – Naga People’s Movement of Human Rights Vs. Union of India

Manipur is an Indian state in the north-eastern region of the country. Manipur and its people have made important contributions to the country and its development. Yet, owing to short-sighted polices of the government, the state is pushed into a high state of militarisation causing heavy loss to life, property and the development of the state. The high degree of militarisation in the state has further isolated the ordinary people of Manipur from the rest of the country. Manipuris deserve better treatment and respect.

The video is about the traumatic experience of a person, Pebam, who was taken into custody by the paramilitary units stationed in the state and subjected to torture from 16 – 23 May 2009. Pebam was arrested together with his friend, Satish. Satish was murdered by the paramilitary units in cold blood. They later claimed that Satish was killed in an encounter. This, and many other cases reported by the AHRC, available at Urgent Appeals, shows how the Indians fight Indians in the country. The complete case could be read at AHRC-UAC-054-2009

The videos are dedicated to those innocent Manipuris who lost their life in Manipur. The video carry graphic images that some viewers might find unpleasant. 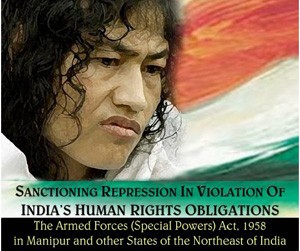 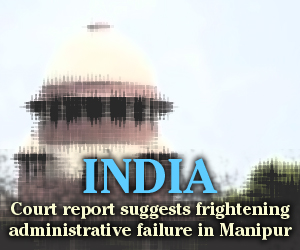 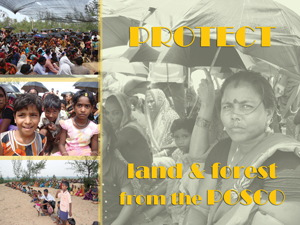