If the government does not take charge of the problem of child malnutrition, others will take advantage of the vacuum. Powerful international players ready to feed on hunger have their foot in the door. When all is done and dusted, the Modi government’s claims to success will be judged against India’s darkest distended underbelly, its millions of malnourished children. And, the key for the government lies in its ability to replace ad hoc action with coordination, to lower the numbers of all forms of child undernutrition, and not in trying to treat malnutrition with ready-to-use foods.

Today, India still has more malnourished children than any other country. The National Family Health Survey-3 (2005) found that 42.5% of children under five years old are underweight. The recently released Rapid Survey on Children (RSOC), conducted by UNICEF and the Government of India, has found that this figure is now closer to 30%. Statistically speaking, this is good news. From nearly every second Indian child being underweight, now only around every third child is so. Still, the bad news is 40 million children remain undernourished. India still has a greater percentage of underweight children than the continent of Africa, where the figures stands at 21%. These Indian children are chronically undernourished.

In the lead up to the last national elections, and since taking power, Mr. Modi has often spoken about India’s strength being its “demographic dividend”. But, if a large section of this dividend, i.e. the future of India and Indian growth, are growing up stunted, sickly, and underweight, the returns are bound to be poor. And, it is certainly not only a question of economics. The choices that another undernourished generation will make in a democracy will affect not only the entire Indian society, but given the numbers, the region and the wider integrated world.

For its part, the incumbent Bharatiya Janata Party (BJP) government did promise to address malnutrition before the election. The Party Election Manifesto stated the following:

“One of our main targets will be to eradicate the curse of malnutrition. We will do so by revamping existing programmes and launching a multi-pronged war against malnutrition across the nation, especially in the under-developed areas, with the help of State Governments. All resources will be provided to achieve this goal.”

These pleasing words are fit for a manifesto. They sound determined. But, what is the reality one year after the BJP assumed power?

While the BJP’s Election Manifesto, mentions a “multi-pronged war” and coordination with state governments, there is still no evidence of anything new. Ad hoc action continues to rule the roost. The Modi government is letting the problem of child malnutrition drift rather than waking up to the reality, owning the problem, and setting in motion a nation- and states-wide coordinated response.

Three observations depict the nature of the drift.

Firstly, a swarm of consultants have been hovering around Ministries like Health and Women and Child Development. Rather than the government establishing lasting structures, these consultants are ending up redirecting the agenda in ways that may not be in India’s interest. To address chronic undernutrition in way that solves the problem, the government needs to eschew dependence on external consultant-based systems in its Ministries.

Secondly, “solutions” to malnutrition that emerge from the likes of the Gates Foundation, won’t address the fundamental issues. Rather than an inter-sectoral, community-led, participatory, and coordinated response, recourse is being taken to modernize monitoring by providing ‘tablets’ to anganwadi workers to upload real time data. The issue at hand is how to deal with the problem at hand on the ground, not in the sky. Modernization in monitoring is a good idea. But, it can help solve the problem only once the basics are set right, in terms of ability of the government to scale up healthcare, food, water, and breastfeeding support to women to near 100%.

Thirdly, the idea of “ready to use foods” to address acute under-nutrition is making a resurgence, courtesy the activities of several global agencies. For instance, just last week, a French agency tried to manipulate expert opinion. It held a meeting and then sought to push its singular agenda in a press release. This release had nothing to do with what was discussed in the meeting. The agency has since issued another release, in lieu of a retraction. However, the original release has already become news. The point is that once such “foods” are allowed entry, there will be no going back. India is a huge market and the pressure to bring in “processed foods” into government programmes is substantial.

Rather than let the problem drift into the hands of those who have an agenda that is not always in line with the interests of the nation and the children, the government needs to work towards what Finance Minister Arun Jaitley promised in his first speech after assuming his portfolio:

“A national programme in Mission Mode is urgently required to halt the deteriorating malnutrition situation in India, as present interventions are not adequate. A comprehensive strategy including detailed methodology, costing, time lines and monitorable targets will be put in place within six months…”

The Modi government is seeking economic success for the nation with a consolidated approach. The same is needed to make child malnutrition history. The government must distance itself from ad-hoc responses, which are not solutions.

Can Modi Sarkar learn from Brazil?

Brazil has reduced its malnutrition by 50% over the past 20 years. This was done through successful inter-sectoral policy to deal with universal health care, education, sanitation, and nutrition. It was coordinated through the workings 17 ministries and achieved through a popular “zero hunger programme”. This strategy was accompanied by real elevation of minimum wages, and elimination of formulated products from the government programmes and NO private sector involvement.

Brazil has shown the way through the National Council on Food and Nutrition Security (CONSEA),a body that directly reports to the President by law. The Council, mandated by a special law, has special powers, and has more than 50 members from across the country, especially from civil society. It has a Secretariat with a full-time President and 13 staff members who are chosen experts. The Council is responsible for formulating public policies to guarantee the human right to healthy and adequate food.

The Brazilian Council regularly monitors and mobilizes action and makes recommendations to the President that include strengthening State capacity to regulate, restrict acquisition of land by foreigners, intervene at W.T.O. to revise the trade policy, and promote family farming. There are also similar councils at the state and municipal levels in Brazil, which deal with specific issues. At the national level, the Council collaborates with the Inter-ministerial Chamber of Food and Nutrition Security to get its decisions implemented within several ministries.

India does not have such an institution, never mind one akin established by law. In India, however, the entire task is left to the Ministry of Women and Child Development. And, this Ministry has a very weak nutrition section in the form of a Food and Nutrition Board to deal with this. Thus, there is prevailing institutional weakness to address the problem. In India, there is little coordination between the Ministry of Health and the Ministry for Women and Child Development (the nodal ministry for nutrition), let alone with other ministries such as Agriculture, Food Supplies, Labour, Trade, and Finance. There is total lack of coordination at the level of policy and plan development. To compound the neglect, there has been no Executive leadership. It is here India should learn from Brazil.

In a recent evaluation of the institutional arrangements for nutrition in India, conducted by the World Bank and kept under wraps by the government, it has been found that India lacks in: leadership capacity and general management practices (GMPs); human resource capacity; and monitoring, evaluation, and information management. So, as an adjunct to institutional weakness, there is a lack of leadership in nutrition, one that can provide direction to other sectors, organize policy discussions, and evaluate the impact of policies.

There is one body, named “PM’s Council on India’s Nutrition Challenges” that is in existence since 2008. This body has however met only once to date, during the UPA regime. What could have become a fulcrum for a coordinated response has therefore become yet another in a litany of ad hoc responses. Given that hunger and malnutrition are caused by several factors, there is urgent need for a coordinated multi-sectoral response.

Can the Indian government also demonstrate this leadership and will? The overwhelming mandate that Modi’s BJP government received from the people of India makes this a historical opportunity for the government to own the vexing problem and put together a legal framework for a national mechanism and an Inter-Ministerial Council on nutrition. There is a pressing need to put an end to ad-hocism by giving power to such a Council to lead the policy discussions and then oversee implementation of the solutions.

If the Prime Minister does not take charge of the child malnutrition problem with coordinated action, those seeking to profit from it will grab space. Implementing coordinated action with leadership will honour the Party Manifesto and the Budget Speech, and truly turn what is currently a substantial demographic debt to a true demographic dividend. 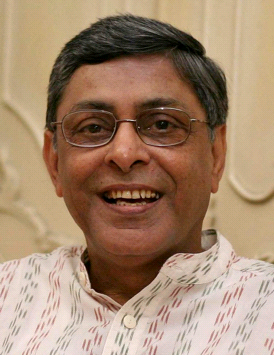