PHILIPPINES: Human rights defender killed in Bataan due to her resistance to open coal storage

The Asian Human Rights Commission (AHRC) deeply regrets to inform you that a human rights defender in Bataan, Philippines was killed by unidentified men in front of her relatives. Last year, due to the victim’s resistance to an open coal storage, she was threatened and intimidated by the storage company.

CASE DETAILS: (Based on the documentation by the Task Force Detainees of the Philippines (TFDP)) 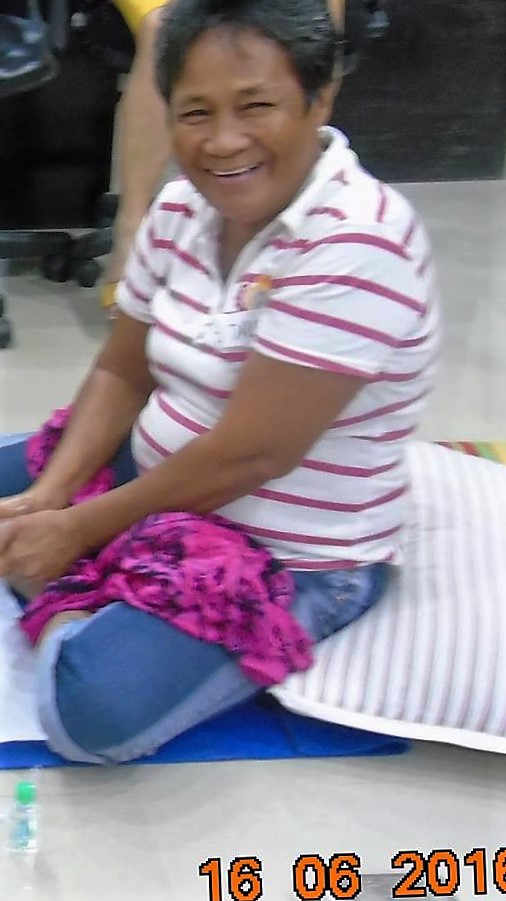 Gloria was with her cousin Hermina Jordan, a waitress named “Grace”, and her two grandchildren, Angel Capitan, and Jerson Capitan on the night of incident.

According to the witnesses, Gloria had just opened her videoke business and was cutting recycled foil wrappers for a project when two unidentified men riding a motorcycle parked near the door. One of them entered the establishment and shot her four times.

Hermina, who was helping with the foil wrappers, was sitting directly in front of Gloria while Angel and Jerson were singing at the videoke about three yards from where Gloria was sitting. “Grace” was standing next to Gloria and, thinking that they were customers, had asked the men for their orders.

According to the four witnesses, one of the men went directly to Gloria who was sitting on a plastic chair with her back to the entryway of the establishment. The man then allegedly wrapped his left arm around Gloria’s shoulder and shot her. The first gunshot did not fire but was immediately followed by three more gunshots. The second gunshot hit Gloria on the neck; the third gunshot that Gloria tried to block, hit her arm and the fourth gunshot was fired as the gunman left, and it hit Jerson Capitan on the right arm.

According to Hermina, none of them were able to shout for help since the shooting happened very fast. It was only after the men left that Hermina was able to stand and catch Gloria before she fell off her chair. She shouted for Gloria’s family, the two grandchildren began to scream and “Grace” allegedly went into shock.

According to Gloria’s grandchildren, the gunman was wearing a yellow handkerchief with “x” patterns around his face, a black cap with the visor to the back of his head, a dark jacket and maong pants, while the other man who drove the motorcycle was wearing a black helmet, dark sweater and pants as well. This was later verified by Ernesto Hatol and Sandra Cabuso, neighbors who both allegedly saw the men pass by the road on the way to the videoke business.

Efren Capitan, Gloria’s widower, and Mark Capitan, Gloria’s son, were watching the news in an open hut in the family’s compound when the shooting happened. The two, including other family members inside their respective houses allegedly heard three gunshots followed by Jordan and the children’s screams. According to Efren, he instinctively told Mark to check on Gloria. Efren, who suffered a stroke a few years back, was not able to run to the establishment.

According to Mark, since the family’s business establishment is very near the compound, he still saw the tail lights of the gunmen’s motorcycle speeding towards Balanga. Jeron, another son of Capitan who was cooking at the time of the shooting immediately followed his brother. Jeron also saw the gunmen, took his own motorcycle and the two brothers chased the gunmen but lost them near an area called “Housing” after the perpetrators turned off their vehicle’s lights.

Then Gloria’s sons went to the police cluster, about ten minutes ride away from their home, to ask for help. Jeron stayed with the police, who allegedly failed to respond quickly and set up a checkpoint while Mark went back to his mother.

According to Jeron, while waiting for the policemen, he saw a black motorcycle pass by with two men on board. The back rider who was allegedly wearing a yellow handkerchief around his face was staring at him as they passed. It was only later when he arrived home and asked Angel what happened that he found out that the man who stared at him was the gunman.

Gloria was first taken to medics, a small clinic in Lucanin, but was later transferred to Multipurpose Cooperative Hospital (MAHESECO) in Mariveles, Bataan, which had the needed facilities for Gloria’s injuries. Mark drove their jeep-type vehicle to MAHESECO but Gloria passed away shortly before arriving at the hospital.

Gloria Capitan was previously harassed and intimidated on 25 March 2015, to discourage her and SNML in their resistance to Seafront Shipyard and Port Terminal Services Inc.’s open coal storage owned by Boy and Carlo Ignacio in Lucanin, Bataan.

Please write letters to the authorities listed below expressing your concern about the case.
The AHRC is writing a separate letter to the UN Special Rapporteur on extrajudicial, summary or arbitrary executions and on the situation of human rights defenders.

PHILIPPINES: Human rights defender killed in Bataan due to her resistance to open coal storage

Name of killed victim: Gloria Capitan, businesswoman and resident of Purok 2, Lucanin village, Mariveles, Bataan. She is a human rights defender, environmental advocate and president of the people’s organization, Samahan ng Nagkakaisang Mamamayan ng Lucanin (SNML).
Name of wounded victim: Jerson Capitan, grandchild of Gloria Capitan.
Alleged Perpetrators: two unknown armed men; the gunman was wearing a yellow handkerchief with “x” patterns around his face, a black cap with the visor to the back of his head, a dark jacket and maong pants; the other man who drove the motorcycle was wearing a black helmet, dark sweater and pants.
Date of incident: 1 July 2016 at 7:30 p.m.
Place of incident: Purok 2, Lucanin village, Mariveles, Bataan.

I am writing to raise my grave concern on the killing of Gloria Capitan, a human rights defender.

The shooting was witnessed by Gloria’s relatives. According to the witnesses, two unknown men riding a motorcycle parked near the door of the establishment. The gunman entered the door and went directly to Gloria sitting on a chair while cutting recycled foil wrapper, and shot at her four times. The perpetrators then escaped quickly.

According to Jeron, Gloria’s son, they reported the incident in a nearby police cluster but the failed to respond quickly and set up a checkpoint.

Gloria died before arriving at the hospital.

Gloria Capitan was previously intimidated through threats and bribery in March 2015 to discourage her and SNML in their resistance to Seafront Shipyard and Port Terminal Services Inc.’s open coal storage owned by Boy and Carlo Ignacio in Lucanin, Bataan.

I urge you to conduct an adequate investigation into this killing. It is disappointing that despite previous threats and intimidation towards the victim, no protection was given to her. I further urge you to ensure that the witnesses and family members must be given adequate protection should they decide to prosecute. Also, please ensure that the perpetrators are held accountable for their actions.

I trust that you will take appropriate action in this matter.

PAKISTAN: Children suffer for being the progeny of lesser gods »