PHILIPPINES: Stop the killing of lumads in Mindanao! Let justice and peace reign! 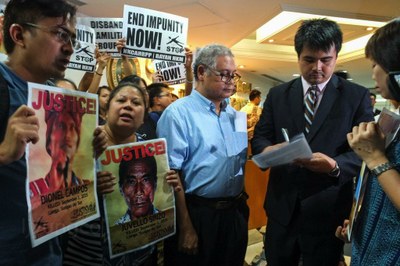 As human rights and peace advocates in Hong Kong, we are outraged by the spate of killings perpetrated against the lumads (indigenous people) in Mindanao, Southern Philippines. The heightened militarisation of their communities has resulted to the displacement of thousands who were forced to leave their homes and ancestral lands under the threat of murder and even massacre.

The most recent murders of Emerito Samarca, Dionel Campos and Bello Sinzo in Surigao del Sur by the paramilitary group “Magahat/Bagani”, that is reported to enjoy the support of the Armed Forces of the Philippines (AFP), has shown to people in the Philippines and also overseas that human rights violations remain unabated and the culture of impunity persists in the country.

Samarca was the Executive Director of the noted Alternative Learning Center for Agricultural and Livelihood Development (ALCADEV) that provides education to lumad children, while Campos and Sinzo were leaders of the lumad group MAPASU. Samarca was found dead inside one of the classrooms of ALCADEV with a stab wound and slashed neck while Campos and Sinzo were gunned down as witnessed by the whole village who were forced off their homes by the murderous “Magahat/Bagani” elements. 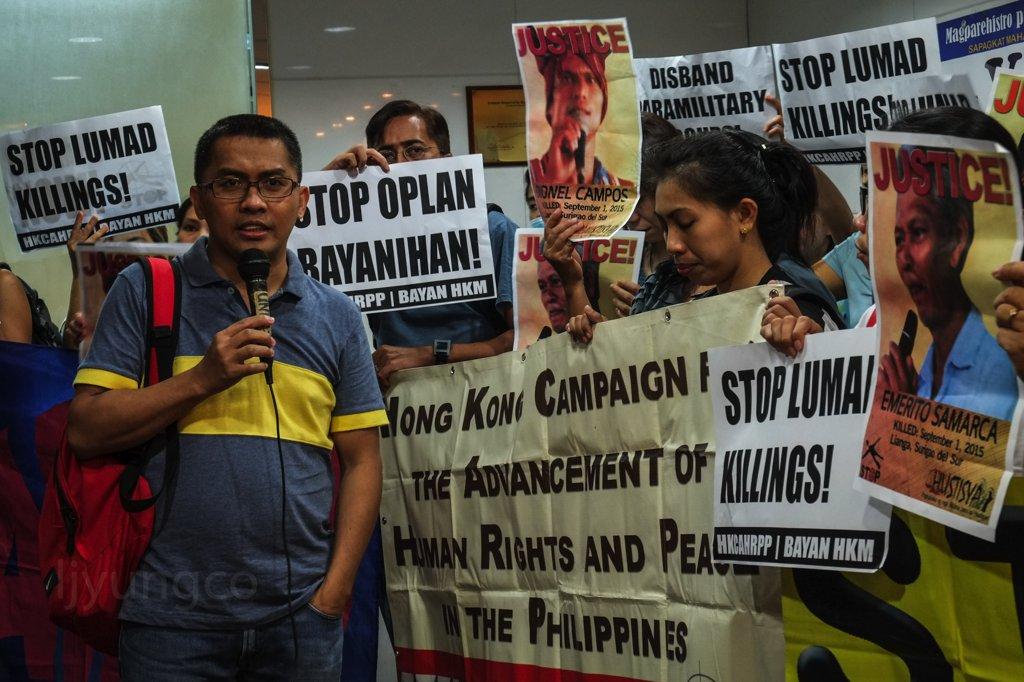 To date, thousands of lumads have taken refuge in a sports center in the nearest city where the conditions are difficult. Reportedly, a 4-year old child already died in the evacuation centre.

In the province of Bukidnon, similar incidents of human rights violations occurred just less than two weeks before the gruesome killings of Samarca, Campos and Sinzo. On August 19, residents of Pangantucan, Bukidnon found five dead bodies of their neighbours who were apparently killed by the 3rd company of the 1st Special Forces Battalion. According to the sole survivor of the massacre who is the son of one of the victims and a kin of the rest, he begged the military for the life of his father, brothers and cousins but to no avail. His father was 70 years old while two of the victims were minors at 13 and 17 years of age.

These are just some of the incidents of human rights violations that we believe should be thoroughly and speedily investigated and the perpetrators vigorously prosecuted and brought to justice. We are very concerned at the general lack of progress in the prosecution of cases of human rights violations even those that happened during the previous government headed by Gloria Macapagal-Arroyo.

The indigenous peoples of Mindanao are being terrorised by military and paramilitary forces that are under the responsibility of President Aquino as Commander-In-Chief. They need to be reined in from committing more human rights abuses and be held accountable for grave crimes that occurred in furtherance of the counterinsurgency plan Oplan Bayanihan that is conducted to support the administration’s policy of opening up ancestral domains to large-scale mining operations.

The climate of impunity pervading the country’s justice system fosters human rights violations on a daily basis, and it thus very urgent for the government to decisively address these cases and implement human rights standards that the Philippines acceded to.

As human rights and peace advocates, we urge the Philippine government to:
1. Investigate fully and with transparency the killings of lumads and bring the perpetrators to justice
2. Pull out military troops from the lumad areas and stop the occupation of schools, and the harassments and intimidation of the community.
3. Dismantle all paramilitary forces, especially the Magahat/Bagani paramilitary force
4. Work towards the resumption of the peace negotiations with National Democratic Front of the Philippines (NDFP)
5. End Oplan Bayanihan and allow for the safe return of lumad refugees to their life and livelihood in their ancestral lands.

NEPAL: Human rights defenders beaten and abused by the police »