SRI LANKA: Will Sri Lankan maid on death row in Saudi be discussed at Summit? 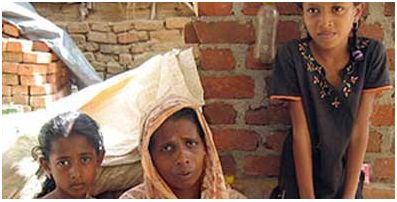 Source: Migrant Rights
Sri Lankan President Mahinda Rajapaksa is set to participate in the first Asian Corporation Dialogue Summit in Kuwait on the 16 and 17 of October. The summit is aimed at “consolidating Asia’s strength and fortifying Asia’s competitiveness” in the region.

Rajapaksa will meet with the Emirs of Kuwait and Qatar, as well as the king of Saudi Arabia. We urge President Rajapaksa to use this opportunity to address the plight of Rizana Nafeek, as well as the broader issues facing migrants in the Gulf. The nation’s relationship with the Gulf is embedded in the flow of migrant labor — recruitment agencies, employment offices, and remittances are all tied to this economic sector. The issue of migrant labor rights is thus especially relevant to the summit’s objectives. Furthermore, the resolution of these issues is pertinent to the economic interests of both parties; Saudi Arabia recently received low rankings in the Frazer Institute’s Economic Freedom of the World 2012 Annual Report, largely due to substandard foreign labor regulations. International investors do rely such reports in determining the placement of their investments.

The President’s office has indicated an intention to broach the case of Rizana Nafeek, a Sri Lankan housemaid sentenced to death row in Saudi Arabia in 2010. Nafeek’s case gained international coverage in recent years and stands as an embodiment of Saudi Arabia’s injudicious penalization of migrant workers; Nafeek was charged in 2005, at the age of 17, for murdering her employer’s infant.* Nafeek confessed to the charge under duress — she had no official translator during the police investigation nor the trial itself. She had no access to representation and no aid from Sri Lanka until after she was sentenced. It is difficult for observers to speculate as to Nafeek’s accountability, but a fair trial should have ascertained her guilt or innocence. Nafeek, and most other migrants, are not accorded the procedures essential to an unbiased trial, including access to lawyers and translators.

Saudi authorities have protracted Nafeek’s case for almost eight years now. Sri-Lankan officials have belatedly attempted to secure her reprieve by meeting with the employer’s representatives and Saudi authorities, but were unsuccessful. President Mahinda thus has an unparalleled opportunity to appeal to the King directly on behalf of Nafeek. The President should approach Nafeek’s case in the context of the inequitable conditions facing Sri Lankan domestic workers in the region; In 2007, HRW produced extensive documentation of the abuses Sri Lankan domestic workers endured throughout the Gulf. In 2009, over 40% of complaints to the Sri Lanka Bureau of Foreign Employment emanated from female workers in Saudi Arabia. Domestic workers have procured few, if any, significant rights since the publication of these reports.

Sri Lanka’s External Affairs minister, Professor G.L Pieris, will also participate in a summit meeting on October 14. Migrant Rights encourages both representatives to confront these pressing issues while in the audience of those officials capable of instituting critical change.

*Saudi Arabia is party to the Convention on the Rights of the Child, which proscribes the death sentence for crimes committed by individual under the age of 18. Nafeek was 17 at the time of the murder, but claimed an older age to be eligible for work in Saudi Arabia.”

SRI LANKA: Fort Police steals from a Cambridge graduate and charges him with theft »