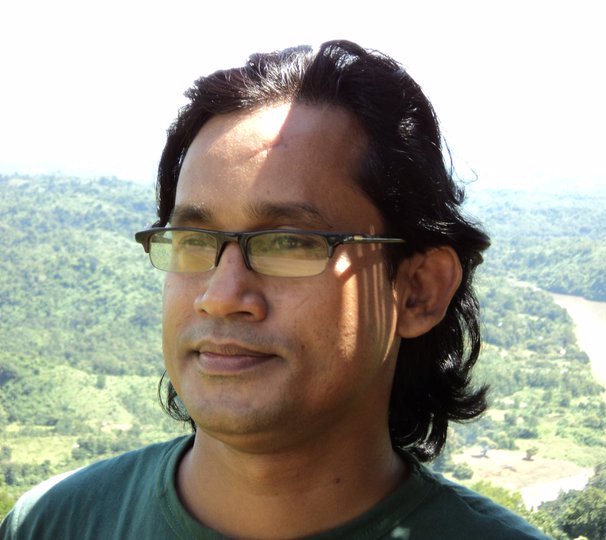 A group of persons abducted Mr. Shahed Kayes, a well-respected human rights defender, working in Narayanganj district of Bangladesh, yesterday, 25 July. The AHRC is informed that Kayes’ abductors, with intent to murder him, stabbed Kayes and cut his wrist and assaulted him severely. Fortunately, due to immediate public intervention Kayes was saved and is now admitted in a hospital. The AHRC is aware that Kayes’ life is under exceptional threat and is writing to immediately intervene in this case that Kayes remains safe.

Keyes is the Executive Director of Subornogram Foundation. According to the information received, on 25 July 2013, at about 2:15 p.m., Kayes, accompanied by a Peace Fellowfrom the United States, and Mr. Kamruzzaman Dipu was sailing in a boat through the Meghna River from Baidyer Bazaar in Sonargaon sub-district, to Ramprasader Chor (island). Subornogram Foundation is running a free school for the children of the fisher folk at Chor. Dipu is a volunteer at the Subornogram Foundation.

After about 15 minutes into their sailing, when their boat neared the banks of Nolchor (one of the several islands in the river), two speedboats carrying around 6 people each, approached and stopped Kayes’ boat in the river. It is reported that these people are involved in illegal sand mining near Myadip and Nunertek islands, against which Kayes and the islanders have been protesting.

The persons who arrived towards Kayes’ boat, surrounded Kayes’ boat, and forced Kayes and his companions to shift into one of the boats in which the strangers had come. Kayes initially refused to comply. At this, the abductors became more aggressive. It is reported that, to save his colleagues from danger, Kayes agreed that he would go along with the abductors, if they would spare his companions, and they are left free.

After a lot of yelling and a brief scuffle, they forced Kayes into one of the boats in which the strangers had come. They left with Kayes. Later it was known that they took Kayes to another island in the river named Faraji Kandi. This place is under the jurisdiction of the Meghna sub-district in Comilla district.

By the time the two boats reached Faraji Kandi with Kayes, 8 persons arrived in another boat and soon another 35 persons reached the island in a larger boat. There all of them started assaulting Kayes severely. Then they stabbed Kayes on his right shoulder and neck, and slit his left wrist. Kayes informs that while they were assaulting Kayes, his assailants shouted at Kayes: “…you are fighting against us and we have lost lot of money because of your movement in our deals. We made the mistake of not killing you before. This time we will kill you. We will cut your arteries on your wrists and legs, tie your hands and legs, and throw you in the river.”

Meanwhile, the Peace Fellow realising that Kayes is in serious danger and that he may be killed, contacted a journalist friend, Mr. Tushar. The Peace Fellow and Dipu informed Tushar what had happened to Kayes. Tushar informed the police at Sonargaon and the Meghan police stations and requested them to save Kayes. The police officers first reportedly contacted their higher officers. At about 4:00 p.m., the police rescued Kayes from a place called Rampur Bazar under the jurisdiction of Meghna sub-district in Comilla district. However, the police let Kayes’ abductors to escape.

Eyewitnesses claim that the Meghna police were using a boat owned by one of the alleged conspirators, Selina Islam, also the owner of Four Point Constructing Co. Ltd., having its office in Comilla district. The police from Sonargaon Police Station arrested one perpetrator later and have seized a speedboat from Rampur Bazaar.

Kayes was then admitted to Sonargaon Hospital, where the doctors have identified that Kayes has suffered multiple blunt trauma injuries on his head and chest. At this hospital, they treated Kayes’open wounds.

Kayes’ condition is stable at the moment, but is vomiting repeatedly, which is reportedly due to the blunt trauma injuries he has suffered on his head. The AHRC has arranged for Kayes to be shifted to another hospital, where he could receive specialist treatment.

Meanwhile, Kayes’ complaint about the incident is on record at the Sonargaon police station. In his complaint Kayes was able to identify two persons among his assailants.

They are: (1) Mr. Zakir Hossain, proprietor of Shahjalal Enterprise and (2) Mr. Md. Mohsin, a person associated with the Four Point Trading & Construction Ltd., owned by Selina Islam. These persons are from Meghna sub-district in Comilla district and are involved in illegal sand mining.

Contextually, on 2 July 2013 at about 9:30 p.m.., some unknown persons had threatened Kayes that he would be killed if he continued working against illegal sand mining in the region. The incident happened near the Kazi Fazlul Haque Women’s’ University College. On 4 July 2013, Kayes had filed a complaint about the incident at Sonargaon Police Station.

The AHRC had reported cases of illegal sand mining in Sonargaon against that Kayes has been providing to the AHRC. These cases are reported as: AHRC-UAU-033-2012, AHRC-UAC-033-2012, and AHRC-HAG-003-2011. These documentations expose that a number of parliamentarians from the ruling political party from, Narayanganj and Comilla districts are involved in the illegal sand mining in the Meghna River. The AHRC, through its own experience working in Bangladesh as well as evident from this case is certain that as long as politicians from the ruling political party is involved in the case against Kayes, his life has no security any further in Bangladesh.

The AHRC is concerned about Kayes’ safety in Bangladesh and request your immediate intervention in the case. Kindly write to the authorities demanding the following:

1. That the Government of Bangladesh should provide immediate personal protection to Kayes;
2. That the police must immediately investigate the case and book the perpetrators;
3. The police immediately assist the witnesses to the incident, so that they record their statement to a Judicial Magistrate;
4. Kayes provided all medical treatment at state expense at the best possible facility in Bangladesh.