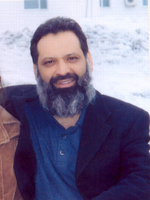 There is a general sense of impunity for the law enforcement agencies, particularly the intelligence and military, the most powerful institution on Pakistan. The victims of the illegal, violent, and cruel actions of law enforcement personnel, and their families, complain that even when clearly identified by witnesses, no investigation is conducted against the perpetrators, let alone prosecution or conviction.

To date, it is claimed by different human rights organisations that more than 8,000 persons have gone missing following their arrest by law enforcement agencies, including the military agencies. Though there is no official figure, it can be safely claimed that the actual number of cases is much higher. In the wake of 9/11, thousands of people have been picked up by the military, in a clear breach of due process and the rule of law. The families of missing persons are left in the lurch, threatened by officials to keep silent.

Yet, many are brave enough to stand up for their loved ones. Mrs. Amina Janjua is one such woman. She is fighting for the release of her husband who went missing 10 years ago. She is also the Chairperson of the Defence of Human Rights and has been campaigning for the release of disappeared persons for several years. Her struggle, spanning over a decade now, has inspired many families to demand justice and the right to know the whereabouts of their loved ones.

Mr. Masood Ahmed Janjua, husband, and a businessman from Rawalpindi, “disappeared” on 30 July 2005. He was travelling on a bus to Peshawar with Faisal Faraz, a 25-year-old engineer from Lahore, on that date. In October 2006, Pakistan Supreme Court judges began hearing Masood Janjua’s disappearance case. Several other persons subjected to enforced disappearances testified to seeing both the disappeared persons (Masood and Faisal) in the detention centre of ISI (Pakistan’s notorious military intelligence agency) located in Rawalpindi City.

However, state officials deny their detention and all knowledge of their whereabouts. Mr. Janjua’s case has been in the doldrums since May 2014, after the bench hearing the case was reconstituted. The bench told Mrs. Janjua that the Judiciary couldn’t help her any longer, as there is a threat of confrontation amongst the State institutions because of her case.

The apathy of the apex court can be gauged from the fact that when the officer of Punjab police told the Supreme Court (SC), on July 23, 2014, that they had received arrest warrants for an intelligence agencies’ officer, ISI’s Brigadier Mansoor Saeed, allegedly involved in the enforced disappearance of Masood Janjua, the SC replied that there was no need to execute the arrest warrant because it was a matter of respect of an institution.

A commission of inquiry for the enforced disappeared formed by the government is now holding the hearing instead of the Supreme Court. The Commission has very limited authority on the various law enforcement or intelligence agencies alleged to be involved in the cases of Enforced Disappearance. There are several complaints against the Commission, which, the victims and the families claim, gets satisfied with the denial of the accused agency when asked whether it had the concerned person in custody. Criminals, terrorists, and militants from armed groups enjoy great impunity because, even when investigations were initiated against them, they manage to evade prosecution by using threats against the police, judges, and witnesses.

It is important to note that there is no law in Pakistan that specifically addresses the matter of enforced disappearances. Pakistan has also not ratified any international conventions on the matter.

The judicial and executive impunity granted to the law enforcement agencies is expanding, while the fundamental human rights of the citizens of Pakistan are contracting. Promulgation of law, such as the Protection of Pakistan Act (PPA) and Actions in Aid of Civil Power Regulations (AACPR) 2011, provide complete impunity to the perpetrators of enforced disappearance, while giving the act a legal cover.

The judicial activism seen in the times of former Chief Justice Iftikhar Muhammad Chaudhry appears to have fizzled out. The Judiciary is now reluctant to touch the cases of missing person after the Peshawar carnage and the subsequent promulgation of military courts.

The intelligence agencies now justify detaining the suspected militants under Section 16 of the Maintenance of Public Order Ordinance (MPO) on the grounds that despite sufficient evidence against the militants they get acquitted from the courts. Enforced disappearances are thus used as a pretext to maintain law and order situation in the country.

There is very little in the way of independent inquiries, prosecutions, and accountability on the issue. Over the years, the incidents of enforced disappearances have increased manifold. Though, the government of Pakistan claims that the trend is now declining, experts point to the fact that the families of the disappeared are threatened into silence.

Interestingly, many dead bodies of missing persons are found dumped in deserted areas, following the order of their production by the court. Since the police refuse to file the First Information report for enforced disappearances, the only option left with the families is to apply to the court for redress. However, there is the chance that any court order will only lead to a dumped body of their disappeared family member.

INDIA: Judiciary is yet to catch up with reality in the country »