PAKISTAN: Deafening silence on the rape of Hindu girls

In this month five-year-old Hindu girl, Shazia Bheel, was murdered by Zahid Sheikh, a man who was dressed as a woman when he raped and murdered the child in Hyderabad. An FIR (# 22/2016), was lodged for murder and rape against the culprit on the compliant of the father of the deceased child. 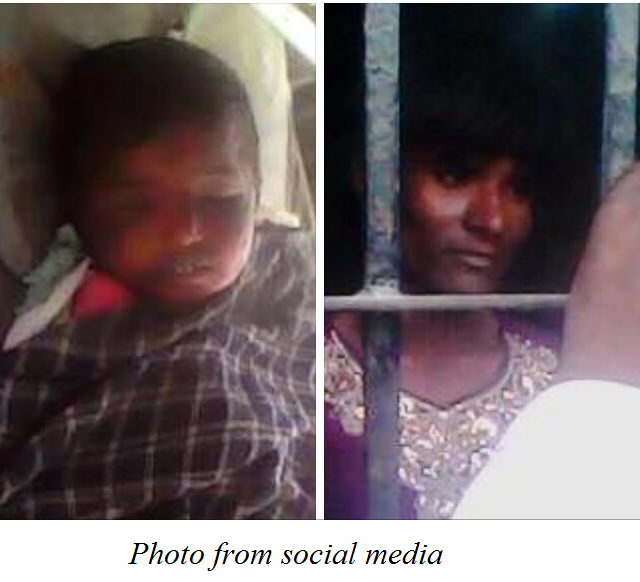 Women and girls belonging to minority groups are far more vulnerable and are easy targets for sexually repressed religious zealots who use this vulnerability to their advantage.

Lower caste Hindus comprise 80% of the total Hindu population living in Sindh and most are peasants’ and laborers working for the landlords and kiln owners for generations. These landlords reign supreme in the locality and exercise complete control over the lives of these peasants.

In this case too the father works as a labourer in Sindh and Zahid Sheikh is the landlord / owner / religious zealot. Otherwise the para is unrelated to what has appeared before.

In 2012, eight-year-old Meena was raped and strangled to death by the landlord whose land her family was tending for generations. Four years since, the family is still living in fear; given the power equations, they didn’t even approach the police to file an FIR, fearing the wrath of their employer.

Being a minority and also being poor is akin to a death sentence in Pakistan. The beleaguered Hindu community is reduced to subhuman levels of existence and can only do menial jobs, thus perpetuating a cycle of poverty that they cannot escape. Forced conversions and abductions of minor Hindu girls is a norm, especially in Sindh Province, where most of the Hindu population lives. The State patronizes rapists for their being well placed in the social hierarchy; the conviction rate of rape is already dismal; however when it comes to rape of girls belonging to minority community, forget prosecution, there is deafening silence. These stories are not reported in the media and are brushed aside.

Sexual violence targeting minority women and girls has been used as a weapon of religious subjugation. In January 2014, eight-year-old Sumera Devi was kidnapped while she was playing outside her home. Her dead body was found the next day in a nearby field. The police were reportedly uncooperative in the investigation and have done little to assist the victim’s family. In addition, the government hospital initially refused to conduct an autopsy on the girl, but later relented, after the Hindu community staged a protest outside the hospital, and the local administration intervened. The autopsy confirmed that Sumera Devi died while being raped.

With the advent of citizen journalism and proactive citizenry taking on social media, many rape cases are reported and shared through this medium to raise a voice for justice for the victim. However, despite the rise in awareness of such crimes, nothing much has been done at the State or judicial level to punish culprits and provide justice to rape victims. The judicial process is often excruciatingly lengthy and the evidence unending; if the rape victim survives, the survivor has to have tremendous resolve to prove her claim against the accused. The Hindu community, generally having poor and illiterate members, is most often unaware of the judicial process or it cannot afford the added cost of adjudication. When a family has to decide between food and justice, satisfying hunger will always take precedence. This speaks about state of access to justice in Pakistan, as guaranteed in the Constitution.

According to a 2010 Report, about 20 to 25 girls are raped every month; the situation has still not changed much half a decade since. According to government statistics, 4,960 cases of rape were registered in Pakistan from June 2013 to February 2015. There were 6,632 arrests, but just 219 convictions. Yet, hardly any case pertains to the minority.

Judicial discrimination against minorities also makes it difficult for Hindu girls to seek justice. In 2012, a Hindu girl Rinkle Kumari was forcefully converted and when she was presented in court, the judge reverted her custody back to her abductor, despite her protest and willingness to join her parents. The judicial magistrate told her that in Islam the home of a newly married girl was the home of her husband and she was not allowed to go to her parents. She was also repeatedly slapped in the court by a member of the National Assembly for denying being converted to Islam.

Many journalists fear for their lives for reporting on the rape of Hindu girls. In 2012, journalists Arbab Bheel of Dharti TV and Mushtaq Qamber of Daily Sindh Express were threatened when they reported on the rape of a six-year-old girl. The accused, Mr. Muhammad Mangrio, is the relative of the Town Nazim, chairperson of town committee. The Superintendent of Police had also refused to help the journalists and sided with the perpetrators as they belonged to the ruling political party at that time.

Many Hindus have already migrated to neighboring countries leaving behind their ancestral lands. The religious persecution, involving rape and forced conversion, has disheartened the community. The tomfoolery ongoing in the State with complete impunity has made a joke of the constitutional guarantee that the State so tactfully enunciates in its report to the international community and UN on the state of minorities in the country. Religious persecution is a natural outcome given the State is itself an active participant in the violation of human rights.

INDIA: Gates of Justice Being Closed for the People of Narmada Valley »