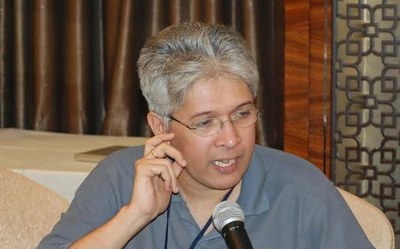 Mr. Adilur Rahman Khan, a renowned human rights defender, who has been relentlessly persecuted by the incumbent regime in Bangladesh, has been recognized for his courage by the global human rights community.

Adilur has been awarded the 2014 Gwangju Prize for Human Rights, which he will share with Mothers of Khavaran from Iran. The award will be presented in a public function held in Gwangju, South Korea, on 18 May 2014.

And, in another announcement released 23 April 2014, Adilur has been selected as a nominee, alongside Cao Shunli and Alejandra Ancheita, for the 2014 Martin Ennals Human Rights Award. The award will be presented to one of the three final nominees in a formal ceremony in Geneva, Switzerland, on 7 October 2014.

This recognition brings more limelight to Adilur’s work and to his uncompromising stand against forces of impunity in Bangladesh.

A former Deputy Attorney General of Bangladesh, Adilur has been active in the promotion of human rights, democracy, and the rule of law, and in highlighting the extrajudicial killings and disappearances that vex Bangladesh. His association with Odhikar, a reputed national human rights organisation, as its Secretary, has placed Adilur on a persecution list prepared by the Bangladesh government.

Last year, for 62 days, from 10 August to 11 October, Adilur was detained by the government without warrant. The ostensible reason for persecution of Adilur and Odhikar is the publishing of a report that documents 61 extrajudicial executions undertaken by security forces during demonstrations against the incumbent regime. Odhikar has continued to face threat of forced closure. Its staff has been hounded and intimidated with threats of fabricated criminal charges. Yet, Adilur has continued his work, risking life and freedom.

The Gwangju Prize for Human Rights promotes the spirit of the May 18 Democratic Uprising, wherein the people of Gwangju, South Korea, resisted brutal military forces to help establish democracy and human rights in the country in 1980. The prize is awarded annually to an individual or organization that has struggled for or contributed to the improvement and advancement of human rights, democracy, and peace in their community and country. Former laureates include some of the most prominent persons in Asia who represents the spirit of freedom, human rights, dignity and democracy, like Mr. Kay Rala Xanana Gusmão (East Timor), Mr. W. J. Basil Fernando (Sri Lanka), Ms. Aung San Suu Kyi (Burma), Mrs. Angkhana Neelaphaijit (Thailand), Mr. Munir Malik (Pakistan), Ms. Irom Sharmila Chanu (India), and Mr. Sushil Pyakurel (Nepal).

The awards are a warning to dictatorial regimes seeking to smother the spirit of freedom, dignity, and human rights, and should serve as an inspiration to all activists, defenders, and citizens, doing their part to lift humanity to its true potential.

The Asian Human Rights Commission, along with all of its partner organisations in Asia and across the globe, congratulates Adilur and the Mothers of Khavaran for their effort, and also salutes the work of Cao Shunli and Alejandra Ancheita.

« PAKISTAN: Protect media from the onslaught of the military establishment

INDIA: Is judicial morale that low? »