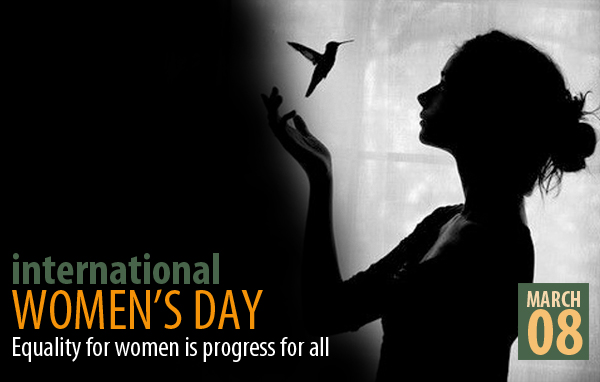 8th March is celebrated across the world as the international women’s day, yet many women in Pakistan remain oblivious to the significance of this day. In 2014, the World Economic Forum ranked Pakistan as the second worst country in the world in gender equality. The report measured the size of gender inequality in 142 countries in areas of economic participation and opportunity (salaries, participation and highly-skilled employment), educational attainment (access to basic and higher levels of education), political empowerment (representation in decision-making structures), health and survival (life expectancy and sex ratio).Successive governments in Pakistan have tried to legislate women friendly laws and policies to encourage women’s participation in governance, and socio-economic development of the country. Emancipating women from the clutches of male dominance and gender subordination is an uphill task in a society where chauvinism and patriarchy rules supreme. Though the urban women have gained a strong hold at the work place and amongst their male counterparts their sisters living in the rural areas have not been so lucky. Though women in Pakistan in general are gaining ground in all spheres of national development, yet sadly a majority of women in Pakistan continue to live a life subjugated by the dictates of culture and rigid interpretation of Islam. The situation is further complicated by the orthodox clergy and the obscurantist mindset of the masses that perpetuates and endorses violence against women and supports their subordination in the name of religion.

Official statistics released by the Federal Education Ministry of Pakistan give a desperate picture of education for all, especially for girls. The overall literacy rate is 46 per cent, of which only 26 per cent girls are literate. Independent sources and educational experts, however, are skeptical. They place the overall literacy rate at 26 per cent and the rate for girls and women at 12 per cent, contending that the higher figures include people who can handle little more than a signature. There are 163,000 primary schools in Pakistan, of which merely 40,000 cater to girls. The situation is the most critical in rural areas of Khyber Pakhtunkhuwa and Baluchistan, where the female literacy rate stands between 3 per cent and 8 per cent. Primary completion rate for female is 66% for male it is 77% according to World Bank report. In Pakistan investing in educating a daughter is considered akin to watering the neighbors’ tree, as per the eastern traditions women are confined to limited roles she plays inside the home thereby wasting the resources used to educate her. The stringent rules that pertain to the gender roles makes it difficult for the women to break the glass ceiling that hinders them from taking up nontraditional professions.

The economic subjugation of women is never a matter of concern for the NGO or Government working for the cause of women, even though financial security is the first step towards emancipation of the fairer sex. The female participation in the formal workplace is adjusted to be 297 female to 1000 male according to the World Bank report of 2013, the dismaying statistics brings to a naught the tall claims of the government that women are increasingly becoming economically empowered.

Unemployment among women in urban areas is 21 per cent compared to men’s seven per cent according to federal bureau of statistics report 2013-2014. Women of Pakistan are mostly employed in informal business such as home based small industries like embroidery, stitching, artificial jewellery, garments, pottery, etc. These workers are not legally recognized as workers and have no social security or minimum wage benefits. many women in the rural area are employed in labor intensive work like kiln, agriculture and cultivation, domestic help etc. such women are paid half the amount paid to men for the same work, in addition wide income gap unskilled women worker are prone to sexual exploitation and rape.

The skilled women working outside their home are also not safe from work place harassment; many working women suffer the sexual exploitation from their bosses and colleague and had no avenue to voice their complaint. The PPP led government took the initiative and passed The Protection against Harassment of Women Act (2010). The law requires organizations to set up investigative committees in case of a sexual harassment complaint. However, most employees are not aware of this critical information. Out of fear of the lasting stigma, HR departments will deter women from filing a complaint or reassign the case endlessly.

The cultural norms of the society favor a male child over female; in an agrarian economy the economy necessitates a male lineage to perpetuate retention of the family property within the family. The discrimination that girls face right from their birth is evident from the customary jubilation that ensues after the birth of a son while the birth of a girl is considered a burden on the family. As she grows into a woman she continues to face hurdles in her path to access education, right in inheritance, and right to marry of her free will. Women and girls are relegated to the status of a second class citizen who are denied their basic human right, no government or citizenry feels it their responsibility to uplift the status of their mothers, daughters, sisters in the society. The women in Pakistan will continue to suffer in silence until the general attitude of society changes for the better for 51% of its population.

According to the World Bank Proportion of seats held by women in national parliaments was 21% in 2014 as opposed to required 33% percent as per CEDAW. One in hundred police officer in Pakistan is women according to National Police Bureau. Pakistan ratified The Convention on the Elimination of All Forms of Discrimination against Women (CEDAW) in 1996but it has not adopted any legal framework for translating the CEDAW provisions to its domestic laws. Furthermore, there is a lack of awareness among the masses and the civil society organizations have not been involved for implementation of CEDAW in domestic interventions. Women are severally underrepresented in the highest echelon of the judiciary, currently there are only four judges in the four high courts of the country, one in Shariah Court (appointed in 2013, for the first time in the 33 years) and none in the Supreme Court. Women are denied equal opportunity in the judiciary and are sidelined often when it comes to appointments and promotions.

Article 6 of CEDAW requires State parties to appropriate measures including legislation to suppress all forms of trafficking of women however to date there is no sign of implementing this provision of the CEDAW. By all indices of international ranking, Pakistan ranks highest in terms of human trafficking and slavery especially of marginalized groups such as women and minority.

Clause 11 of the Constitution of Pakistan prohibits all forms of slavery, forced labor and trafficking of human beings but the said provision exists in paper only.

The state is also trying to curb the societal evils such as wanni, karo kari, sawara etc. Two bills were signed into law by the President in December 2012 criminalizing the primitive practices of Vani, watta-satta, swara and marriage to Holy Quran which used women as tradable commodities for settlement of disputes. In the face of rising cases of acid throwing the Criminal Law (Second Amendment) Bill of 2011 was introduced which prescribed life imprisonment as the punishment for acid throwing . This bill, provide punishment of 14 years to life imprisonment for crimes of disfiguring and defacing of human organs or body by a corrosive substance. The Sindh assembly deserves a special mention for the enactment of women friendly laws such as Sindh Child Marriage Restraint Act 2013 and Sindh Domestic Violence (Prevention and Protection) Bill, 2013.

Despite enactment of progressive laws we see a persistent regression of women’s right; the Council of Islamic Ideology (CII) has declared unislamic the laws on under age marriage and has declared DNA test inadmissible in the court in cases of rape. The Council appears to be more concerned with right of men to four marriages and has done nothing to ensure that women get their property as enshrined in Islamic Law. Each year 1000 women are killed in the name of honor, thousands are raped, suffer domestic violence and denied right to live The twisted logic of the CII has created legal mire for such women in seeking justice and equal status in the society increasingly indoctrinated with obscurantist views and interpretations of Islam. The violence against women perpetuates due to the apathy of criminal justice system, and Law enforcement agency who work in connivance with the perpetrator of torture to deny redressal to the women victim. The judge who is often a male cannot comprehend the mental and psychological pressure that a woman is enduring from the family in particular and society in general.

The Asian Human Rights Commission (AHRC) urges the government of Pakistan to do serious efforts to stop the violence against women which is the outcome of impotent and weak criminal justice system and gives impunity to the perpetrators. The government must criminalise all methods of domestic violence. Moreover the AHRC urges the state to work towards gender sensitization especially within the police department and the judiciary so that women feel more comfortable in reporting crime against them such as rape and sexual harassment. Women representation in all spheres of governance including policy making, policing, legislation and judiciary should be increased, so that their voice would be heard in the corridors of power and will make a difference in the lives of thousands of other women. Heinous crimes like rape should be effectively prosecuted and rapist brought to book, the judiciary and state must play their part to stop this crime against women. AHRC also urges the government of Pakistan to ensure implementation of all women friendly legislations especially CEDAW and take steps to create awareness amongst the masses, law enforcement agencies, and lower judiciary of such enactments. Government should ensure that the provisions of CEDAW are implemented in earnest and that the masses are made aware of its significance for women’s right and emancipation. Furthermore the quota for women in all public sectors should be increased to 33% as required by CEDAW.

PHILIPPINES: Court orders the arrest of the alleged mastermind in the rape and murder of a 14-year-old girl »