Home / News / PHILIPPINES: Court orders the arrest of the alleged mastermind in the rape and murder of a 14-year-old girl

PHILIPPINES: Court orders the arrest of the alleged mastermind in the rape and murder of a 14-year-old girl

The Asian Human Rights Commission (AHRC) has learned that the alleged mastermind in the rape and murder of a 14-year-old girl had already been indicted. The court ordered his arrest without bail. In our earlier appeal, the AHRC expressed concern that he had not been included in the charge despite compelling evidence from a witness and his co-accused of his role. 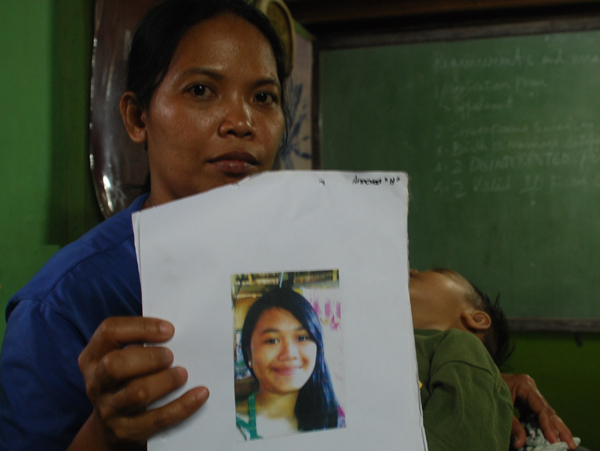 Previously, we reported that the body of Darlene Jane Las Pinas, a 14-year-old high school student in Sarangani province, was found rotting inside a hole days after she was abducted by two men.

One of the accused, Ronnie Sirrano, is presently detained after a witness identified him as one of the girl’s abductors. For more details, read AHRC-UAC-130-2014.

Despite Sirrano’s arrest and detention, the person whom he claimed was the mastermind, Ventura Narciso alias Boyax, has not been charged for murder in court. In AHRC’s earlier appeal, we expressed concern on the failure of the police and prosecutors to include Narciso in the criminal case.

Narciso, owner of the funeral home who collected the victim’s body, was a former Barangay Kagawad (village council member) in Malungon. It was Narciso who suggested to investigators to pour gasoline on the victim’s decaying body to alleviate the stench—an obvious attempt to destroy evidence.

Three months after the AHRC’s appeal, the “prosecution issued its 2nd resolution indicting accused Ventura Narciso alias Boyax together with the accused Ronnie Sirrano.” In their Resolution dated December 16, 2014, Paolo Aquino, prosecution attorney II of the Office of the Provincial Prosecutor, Sarangani province, resolved that:

Based on the eyewitness account, accused Ronnie Sirrano and several unidentified persons were last seen dragging the victim towards a Starrex Van…

Perusal of the evidence would show that Sirrano positively identified respondent Narciso together with several other persons dragging “something” towards a Starrex Van.

He attested that he saw the respondent waiting at the driver’s side of the van while his two companions were approaching with “something” hanging between them.

He also confirmed that respondent drove the Starrex Van after his companions loaded “something” inside the van.

Albeit, Sirrano is professing innocence, the undersigned finds that Sirrano’s detailed narrations of the incident when Darlene was transferred to the Starrex would merely reinforce that they acted together in committing the felony…

The witness also confirms seeing the dark green Starrex van which she is familiar with and owned by the respondent (Ventura Narciso).

Based on the Prosecutor’s resolution, on January 8, 2015, Judge Oscar Noel Jr., presiding judge of the 11th Judicial Region, Sarangani province, issued an order for the arrest of Narciso without bail. Judge Noel has now included Narciso in the case.

The AHRC urged the police to ensure that Narciso is arrested promptly, and that they provide adequate protection to ensure the safety and security of the family of the victim and witnesses in this case.

PHILIPPINES: Ensure all assistance to the victims of Parola Compound Fire  »