Nepal underwent political change in 2017, with local level elections held for the first time in 20 years. This was a significant step in ending the country’s political transition following the civil war (1996-2006). 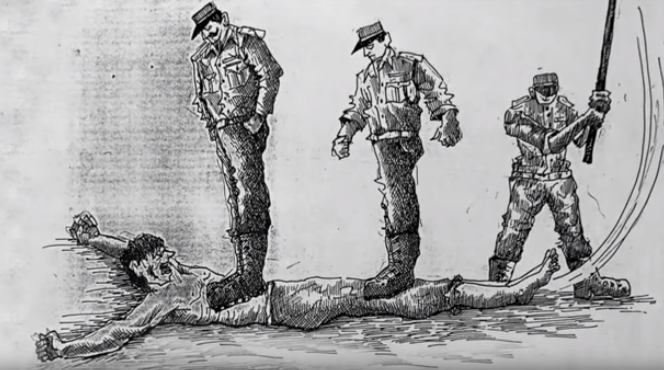 After a decade-long conflict in Nepal, the number of torture incidents may have declined, but the methods of torture that continue are no different from those perpetuated at the time of conflict. Torture is still widely practiced in the country. Torture and ill-treatment takes place today in a general context of multiple and inter-connected human rights violations that are primarily committed by the police and other security personnel in custody.

Generally, there are two types of torture: a) Physical and b) mental torture. The reasons for torture by public officers, particularly those involved in law enforcement and security, are: 1) to garner confession or admission to crime; 2) to intimidate victims / suspects; 3) to extort bribes from victims / suspects and 4) to get information from suspects. Torture and other ill-treatment remains widespread to extract confessions. Torture is common and routinely practiced.

The question that naturally arises now, is why widespread torture is still taking place in post-conflict Nepal. To employ the terminology of traditional religious dualism of good versus evil, are Nepal’s police officers inherently evil? Even if the Nepal government’s claims that there is no top-down order given by higher authorities to torture civilians are taken at face value, the fact remains that the characters of the individual policemen are still shaped by powerful situational forces that encourage, or at the very least, permit torture.

Nepal signed and ratified the United Nations’ Convention against Torture (CAT) in 1991. Nepal criminalized torture through the Penal Code 2074 (2017). However, a separate law in line with international standards to deal with torture is still not in place. The new Criminal Code passed by Parliament in August 2017 contained provisions criminalizing torture and other ill-treatment, with a maximum of five years’ imprisonment. It also provides for the compensation of NPR. 50,000. Additionally, the Penal Code 2017 for the first time, states that the perpetrators should pay compensation.

In order to prevent the practice of torture in Nepal and protect the rights of torture victims, the AHRC would like to underline the following recommendations to the government of Nepal and other concerned stakeholders:

• The government should establish an independent and competent mechanism to investigate all credible allegations of torture and other cruel, inhuman or degrading treatment or punishment.

• The government must enact a separate anti-torture law in line with international standards.

• The government should ensure that victims of torture can lodge complaints / initiate legal actions against perpetrators without any statute of limitations.

• The government should introduce interim relief to the victims of torture during trial, and ensure the provision of adequate compensation and rehabilitation for victims.

• The government should enact a law for the protection of victims and witnesses.

• The government should implement the recommendations related to torture made by different governments during the UPR 2015.

• The government and other relevant stakeholders should conduct capacity-building activities for the country’s law enforcement agencies (such as security forces), legal professionals and the judiciary on issues associated with the prevention of torture and protection of, and legal redress for, victims of torture.

• The government and other relevant stakeholders should train health professionals on the documentation of torture.

• The UN and bilateral development partners should provide ample resources and technical assistance to the government and civil society organizations so that the government may fulfill its obligations with regard to the relevant international human rights instruments and mechanisms, including the CAT.