Sri Lanka’s President Maithripala Sirisena announced that he has signed four warrants for execution of persons who were convicted of crimes related to drugs. His announcement was given very wide publicity. In justifying his action, he said that in the Philippines, 27,000 people were shot on allegations of offences relating to drug possession. The Sri Lankan President went on to say that this is what should be done. He further stated that the bomb blast that took place on Easter Sunday, 21 April was, according to his understanding, masterminded by powerful persons behind the drug trade. 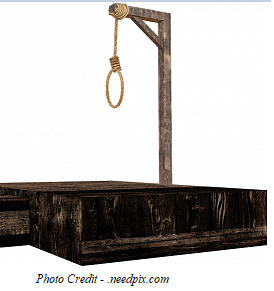 While the death sentence is still on the books for punishment of serious crimes such as murder and similar crimes, for many decades, the execution was changed to life imprisonment. The reason indicates no one has been executed either by hanging or any other means. That way, Sri Lanka showed compliance with the global demand for the stopping of executions as an uncivilized practice. There has been a global effort to stop death sentences. Many of the more developed countries have now adopted stopping the practice of executing prisoners.

Even in countries where the death sentence was carried out, researchers had serious doubts about the legitimacy of the practice. They were able to discover a large number of cases where the alleged criminals had confessed to the crime. But, in fact, later inquiries proved that they were not involved in the crimes at all. Due to various pressures exercised, and promises given at the stage of arrest and detention, many persons have confessed to crimes that they had not committed. It was during this testing that it was found that a number of these convicted criminals were not the persons who committed the crimes.

The imitation of the Philippines President’s practice of shooting alleged drug-victims have been exposed to serious criticism. And, it is very likely that the President will be exposed to international investigations regarding this practice of extrajudicial killings. The attempt by the Sri Lankan President to imitate a mass murderer will certainly not create much prestige for Sri Lanka.

Attributing the April 21 Easter Sunday carnage to drug dealers is not based on any kind of evidence or factual data. It is merely speculation on the part of the President.

Sufficient time has passed from 21 April, to see what seems to be a very strong attempt to discourage investigations to find out the actual masterminds and trainers of this attack. This includes those who motivated and taught the suicide bombers to carry out this work. An enormous amount of work was entailed. Large amounts of money had also reached Sri Lanka prior to these attacks. It becomes politically embarrassing to allow and call out a thorough inquiry into the actual crime of Easter Sunday.

The Sri Lankan President, in his statement, said that following the April 21 events, he was condemned in the country as perhaps the worst person having to do with security issues. He was referring to the massive criticism that had come against the head of State. He took no measures to stop the massive damages to lives and property, even after warnings had been received by the Sri Lankan authorities for some time. It appears that the attempt to introduce the death sentence is an attempt to divert the public attention from the events of the April 21 carnage. And the popular demand is to know the truth about the matter.

When the whole nation is deeply dissatisfied with the way the matter has been handled by the Government, this is hardly the time to engage in divergent tactics. Their aim is to distract the people from the Presidential and Parliamentary elections to be held in a few months.

We condemn the attempt to reintroduce the death sentence. It will not serve any real purpose. There remain an enormous number of serious crimes for which many have been convicted. The Government lacks a strategy to improve its policing system and investigative mechanisms in order to deal with such an increase in the number of crimes.

WORLD: Healing wounds one story at a time »