PAKISTAN: Transgender community continues to suffer for being different

In a conservative society like Pakistan, being a trans-person is deemed a crime. The transgender community is treated as outcastes having no identity or rights. Like other marginalized factions of the society, the transgender suffer discrimination and injustice at the hands of the influential. According to Front Line Defender, the International Foundation for the Protection of Human Rights Defenders, on 17 February 2016 a group of armed men led by a member of the Khyber Pakhtunkhwa Elite Police Force forcibly entered the house of transgender human rights defender Chocolate and attempted to kidnap her. Chocolate is a human rights defender and joint secretary of Transaction Alliance, a group defending the rights of the trans community in the Pakistani province of Khyber Pakhtunkhuwa (KPK). 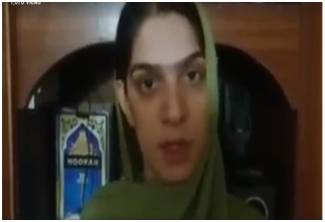 When Chocolate tried to register an FIR at Gulbahar police station, the police officer at the station refused. Instead, he only entered the incident in the Roznamcha (a temporary file where cases are registered and can only be investigated upon the court’s order), and he refused to include that the group of men were led by a member of the Khyber Pakhtunkhwa Elite Police Force.

Chocolate and other transgender are constantly harassed, threatened and often risk their lives for being the third gender. On 5 January 2015, the transgender human rights defender Adnan (also known as Adnany), a coadministrator of the TransAction Page, an online platform of the TransAction Alliance, was shot and critically wounded near the Pir Zakori Bridge in the city of Peshawar. He was subsequently rushed to Lady Reading Hospital in Peshawar, where before being operated on to have the bullet removed, he was allegedly refused treatment by doctors for approximately three hours, due to being a person of transgender.

There are an estimated 500,000 ‘third-gender’ citizens in Pakistan, including cross-dressers, transsexuals, eunuchs, hermaphrodites, and transvestites. In 2009, the Pakistan Supreme Court ruled in favour of a group of transvestites. The landmark ruling stated that as citizens, they were entitled to the equal benefit and protection of the law including the right of inheritance and vote, and called upon the government to take steps to protect transvestites from discrimination and harassment. Prior to this, as transgender did not classify themselves as ‘male’ or ‘female’ on official documents, they were barred from basic rights, such as voting. In the general elections of May 2013, five members of the community also contested polls.

However, while their rights are guaranteed on paper, members of the transgender community do not have these rights in practice. While the Supreme Court ordered that free education and free health care must be guaranteed to the community, provincial departments have yet to implement this decision.

Peshawar being the most conservative and orthodox of all the four provinces, reportedly has the highest number of violence cases against the transgender.

On 6 April 2015, two members of the third-gender community were killed and another abducted and gang-raped by armed men in a predawn attack in northwest Pakistan. The incident took place in the Swabi district of Khyber Pakhtunkhwa Province, where a group of third genders was returning home after performing a music-and-dance show at a wedding party.

Swabi District Police Chief Sajjad Khan said the armed men were waiting for them in a field and tried to abduct all of them but failed. Khan said the attackers then opened fire, killing two people on the spot and wounding one. The police chief said the armed men then abducted one person who was released hours later, after being gang-raped by four men.

The discrimination against the community is evident from the fact that during the flood of 2013 that devastated half of the KPK province, the community was left out of the aid efforts and denied access to Internally Displaced Person camps because of general prejudice, their non-conforming appearance, and their lack of proper identification documents. The court order and ruling had no bearing on the provincial administration that denied the community their right to being treated as equal.

The persistent denial of protection for people from violence on the basis of sexual orientation and gender identity is a major obstacle for the community in seeking their rights. According to Ms Hina Jilani, former chairperson of the Human Rights Commission of Pakistan (HRCP), “ denial and rejection is not prudent for any Government that claimed commitment to the promotion and protection of human rights. It was not convincing when culture and religion were used as a shield and an excuse for failure to protect. There was no notion of responsibility that allowed duty bearers to selectively hold out on protection.”

Articles 25 and 27 of the constitution of Pakistan clearly elucidate non discrimination on the basis of sex and sexual orientation.

However, non discriminatory policies are reduced to paper only and there is no semblance of these being implemented. The transgender community are not accepted as members of mainstream society, and sexual violence is the most commonly reported crime against them.

The Asian Human Right Commission (AHRC) demands that impartial criminal investigation be conducted in the attempted kidnapping of Chocolate, and the security and safety of Chocolate and other members of her community must be ensured. Concerted efforts should be made to ensure the integration of the transgender in the society so that they may become useful members of the society. Steps should also be taken to ensure that any discrimination in the public or private sector against the third gender is discouraged.

« INDONESIA: Children and adults die of whooping cough due to government neglect