Home / News / ASIA: Wounds in the souls of the members of disappeared people’s families can never be cured

ASIA: Wounds in the souls of the members of disappeared people’s families can never be cured

In 1989 when I learned that some people, due to malice or some other reason unknown to me, had entered my name into a list of persons to be disappeared, a stream thought began to flow in me.

It was not about myself that I was thinking. I knew that my father, who had lived his long years as a peaceful man, would die within a short time as a disturbed man. My brother and sisters would be devastated all their lives. Above all, the fate that would befall my three-months-pregnant wife and the child to be born rose before my mind’s eye, an unending nightmare.

It is these thoughts that reoccur when I see anyone from a disappeared person’s family. I have met many of them, very many of them. I also know that the actual numbers of persons from such families has to be counted in the tens of thousands. How cruel the fate that befall on families of the disappeared is demonstrated by the death of Nanada Prasad Adhikary (Nepal), whose death is reported as I write this. He, a father of a young man who was disappeared after arrest, fasted with his wife, demanding to know the whereabout of his son. He died on the 333 day of his fast.

I have constantly thought these thoughts for over 25 years. It is a sufficiently long enough time to have an understanding of this problem. What I  do know with some certainty is that there is no genuinely consoling word that anyone can say to members of such families.

When there is no sensible answer as to why

People who lived in Sri Lanka in the late 1980’s would not ask why someone’s name was on the list prepared by local Members of Parliaments as persons to be disappeared. At the time, all rational criteria were suspended. The identity of the person who prepared each list and the basis on which a particular name was entered are not recorded anywhere. All laws and rules regarding public record-keeping were also suspended. The decisions on death and burial were reduced to a private affair. Arrest, interrogation, killing, and burial were sealed with secrecy. All these changes in the law and rules were done at the very top.

What people experienced in the South of Sri Lanka, also became the experience of the North and East for almost 30 years. 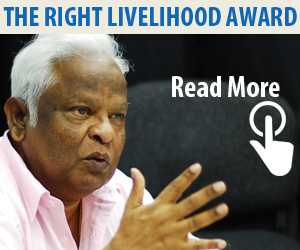 The following legal rules were permanently displaced: that only a judge can decide on imposing punishments that affect the life and liberty of an individual; that even this can only be done after a fair trial conducted in an open court; that the accused has the right to defend himself through a legal representative; that all the proceedings and the reasons for judgment must be recorded, and that the record is a public document; that the affected persons have a right to an appeal to a higher court.

All this was replaced with a new formula in which the accuser, investigator, witness, prosecutor, judge and, executioner all became one.

Family members of disappeared persons, trying to trace what has happened, would have only rumours to go by, or the visions of the devil dancers.

I have reflected on these issues in the following poems.

With no name attached

Who have no grave.

As the place of earth

Could not be found,

This wreath was placed by the wayside.

For placing a memorial for you

(Translated from Sinhala by the author)

But we pretend not to.

As we have not seen it,

We do not know if that is true

It is wrong to forget,

And there is nothing

We can do even

Except to light a candle

The witchdoctor awaits us

Of the dead one

All that is left?

When they see us

Those who know us

Move away, looking down

Awaits us with joy.

(Translated from Sinhala by the author)

The sea was calm behind your house

(A poem dedicated to M. I. Kuruvilla)

When our nation had gone mad

The sea was calm behind your house.

You greeted me as before.

But something had gone wrong

You were the master,

I was the child.

We had played that game before,

But that day it stopped.

We saw the unknown unfolding,

The sea was calm behind your house.