Sri Lanka: Hair Dresser severely tortured for failing to give a haircut to HQI, Hatton 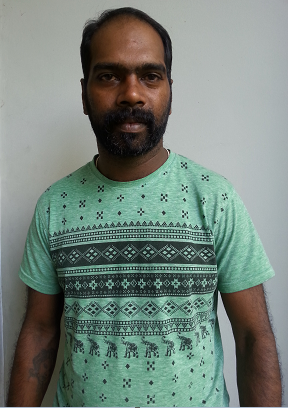 Kadireshan Ravishankar, 34 was severely tortured by the HQI and other officers of the Hatton police station merely for failing to provide a haircut immediately on his order a couple of days ago. The case exposes the dangers of not allowing lawyers from representing their clients at police station, an amendment Minister of Justice is championing and had gazetted in the criminal procedure code. The minister wants to prevent lawyers from representing clients at police stations till investigations are over and suspect’s statement is recorded. The Human Rights Commission of Sri Lanka, the Bar Association of Sri Lanka, The Asian Human Rights Commission and several other organizations and individuals have opposed the move as it would lead to increase of torture and ill treatment and other abuses of human rights at police stations. However, the minister in a statement to the media has justified the move stating that those who object to this amendment fail to appreciate the difficulties faced by the police engaged in criminal investigations. Obviously, the Minister is attempting to underplay the widespread use of torture and ill treatment.

On the other hand, the Minister for Law and Order in responding to criticism relating to a man’s death at Pussellawa Police Station, stated in parliament that CCTV cameras will be installed in every cell in police stations as a measure to discourage the use of torture and ill treatment. Obviously, there is a big conflict in the manner minister of justice has viewed the problem of police torture as against minister for law and order. As for the government as a whole, it proclaims at international forums that it is taking serious steps for prevention of torture and ill treatment. The Minister for Foreign affairs has on one occasion informed the UN Human Rights Council that detailed instructions will be given to the police and the military to avoid the use of torture and ill treatment and those who violate this rule will be dealt with according to the law.

Kadireshan Ravishankar is a hairdresser, working in his brother Mr. Kadireshan Simson’s saloon named ‘CS Saloon’, C1, Bus Stand, Hatton. Ravishankar is married and has four children, three of them are schooling.

On 23rd September 2016, around 7.15 pm, a driver attached to the Hatton Police Station came to the Saloon and asked Ravishankar to come to the Police Station to give a haircut to the Head Quarters Inspector, Mr. Dayal Deegahawathura.

After that HQI started assaulting him asking for reasons why he did not respond to his call. Ravishanker was hit on the back by the HQI four or five times using his elbow and he was punched on the face in the presence of the four Police officers. Ravishankar was then kicked by the HQI several times with boots and he was severely tortured. All this while HQI kep asking why he did not come, when he was called ?

Then he was asked about his employer and Ravishankar was ordered to call him. When Ravishankar called his brother (the owner of the Saloon), as his phone call was cut short due to the low credit balance, he was asked to use the phone of one of the police officers who were present at the room. Ravishankar made a call from a Sub Inspector’s phone whom he identified as Pradeep. With that Phone call he was able to inform his brother that he was at the Police Station and he was tortured.

After severe Torture for some time, Ravishankar was asked to leave the police station with his equipment. Then Ravishankar ran back to the saloon which is situated about half a kilometer away.

Having heard about the incident a large crowd gathered around the saloon. Ravishankar was immediately admitted to the Dikoya Base hospital. Around 9.30 p.m an ASP came with few other police officers to the Hospital and forced Ravishanker to get discharged from the hospital. He forcibly took him to a nurse who gave him a form of request for his discharge from the hospital. After reading the form, Ravishanker refused to fill it.

On the following morning, on 24th of September 2016 Ravishankar gave a statement to the hospital Police and stated about the torture which was inflicted upon him by the HQI. In the evening of the same day ASP from Nuwara Eliya has come to the hospital and taken a statement from him.

On 25th September 2016 two Sub Inspectors from the Hatton police station approached Ravishankar and asked him to inform about the two customers who were there at the saloon when Ravishankar returned after getting assaulted by the police. However, Ravishanker did not follow the instruction as he was afraid that police officers would threaten the witnesses.

On 26th September 2016, Ravishanker was discharged from the Dikoya Base hospital, although he has yet not fully recovered.

Ravishankar feels that his fundamental rights were denied and he was Tortured & threatened.

A public protest was held in Hatton town on the following day of the incident, in protest against the Hatton Police, requesting the IGP to act. In response to the protest, the HQI was transferred to Nuwara Eliya.

« THAILAND: Pattani Court to hear evidence from military officials and others in custodial death case of Mr. Abduldayib Dolah