Home / News / INDIA: A “kill and compensate” package for farmers

INDIA: A “kill and compensate” package for farmers

While the whole country was celebrating Holi, a joyous festival of colours, three farmers that were contemplating suicide in the Bundelkhand region of Uttar Pradesh went ahead and took their own lives. One of them, wearing the same colour soaked dress he had celebrated the festival in, hung himself to a tree. 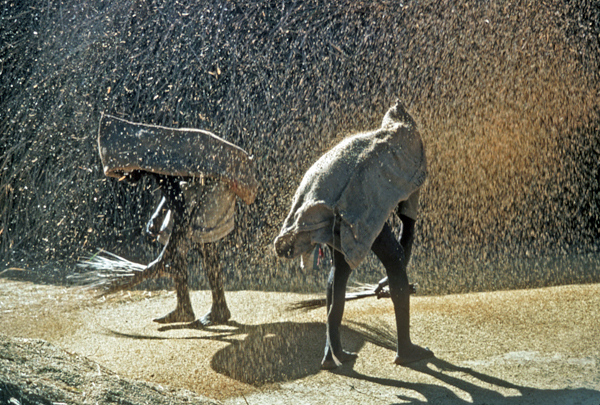 A powerful hailstorm, which caused extensive damage to crops in the region like wheat, mustard, and lentils, is being cited as the reason behind the farmers taking such an extreme step. However, such suicides are not exceptions. There is a deep and systemic rot in India that makes farmers vulnerable and is leading them to suicide across the countryside.

It is not as if the authorities are unaware of this rot. Just a week before Holi, Mohanbhai Kundaria, Minister of State for Agriculture, informed Parliament about the spike in the number of farmers committing suicide in 2014. The numbers shared in Parliament pegged farmer suicides in India at 1109 in 2014, 879 in 2013, and 1046 in 2012. Despite being gross underestimations, courtesy the manifest flaws in data collection, the numbers are alarming.

To put it in perspective, though the total number of farmer suicides in 2014 is not yet available in public domain, the National Crime Records Bureau, the apex governmental body for crime records in India, pegged the corresponding numbers at 11,744 for 2013 and 13,754 for 2012. In order to avoid embarrassment, authorities tend to attribute a significant section of these suicides to “other” non-agrarian causes, with “personal reasons” being the categorical trick of choice. What the statistics fail to show is that most “personal” reasons behind the decision of farmers to end their own lives are precipitated by the agrarian crisis.

Some states like Chhattisgarh use a different kind of categorical trickery to try and misdirect alarm. As P. Sainath, a journalist reputed for his reporting on the Indian agrarian crisis, has shown, states like Chhattisgarh simply take out some of the farmer suicides out of the “Self-employed (farming/agriculture)” category and put these dead men and women in the category of “Self-employed (Others).” None of these efforts have, however, succeeded in undermining the gravity of the crisis, termed as “national shame” by Basudev Acharya, the head of the Parliamentary Committee on Agriculture that visited Vidarbha District in 2012.

Authorities are well aware of the reasons behind the farmers taking their own lives too. These get listed as crop failure, indebtedness, drought, socio-economic, and personal reasons – with “personal reasons” being a euphemism for serious depression caused by the stress of the other reasons. However, the information has not bothered the government enough for it to undertake extensive overhaul of the agricultural sector or take immediate steps to prevent imminent suicides.

The hailstorm that led to the Holi suicides in Bundelkhand was not unexpected. While the farmer’s bore the brunt of the storm, innumerable past experiences have made the authorities aware of the potential arrival of such a storm, and the destruction of the crops and those that depend on the crops. Authorities know that such incidents have led to a spurt in farmers’ suicides. However, no panic buttons were pressed to make preparations.

The pattern is as follows: the authorities will not take concrete action until there is a higher than usual spate in farmer suicides in a particular region. Such spurts invite public scrutiny forcing officials into make it seem like action is being taken, when even this is pretense. Once the attention subsides, it is back to business as usual – being indifferent to the agrarian crisis that has engulfed the country’s peasantry. Three suicides on Holi and two more that followed the festival in Bundelkhand are clearly not number enough for either the union or state governments to be stirred to action.

Why does India, which claims to be the largest democracy in the world, abandon citizens so? Why do a plethora of welfare schemes fail to save vulnerable farmers? Why are there no policies and funds for such contingencies? The country and its agriculture need an overhaul, both at policy and ground level.

It does need long term solutions like land reforms, an irrigation network capable of tackling monsoon failure, cooperatives enabling farmers to get seeds and fertilizers at affordable rates, and heavy investment in agricultural technology and equipment. Indian agriculture also requires infusing money in the hands of the farmers, where it is needed most, through banking/cooperative networks catering to farmers needs. Weeding out private moneylenders who fleece the farmers with astronomical interest rates and strong-arm tactics to recover loans has for long been a burning need. And, a procurement system that helps farmers – and not the lobbies that buy agricultural products at the cheapest rates immediately after the harvest only to hoard and make profit out of it later – is still awaited.

On the other hand, the Indian government needs to build a real time response system for the crisis and calamities that trigger suicide spikes. There is no shortage of schemes purporting to help farmers in distress. Declaring compensation for crop damages is a routine exercise, for instance. What is not routine is both the implementation of such schemes and reaching out to farmers when they need it the most, when there is an immediate risk of them taking the extreme step.

Building a system that reaches out to individual farmers in distress might sound easier said than done, going by the experience of all the helplines aimed at preventing suicides in general. On the contrary, it might be easier, with the system already possessing all the required officials, down to the last village revenue clerks and village development officers. It is just that right now the system is poised against and not for the farmers. It is used more to harass them than helping out. Turning it the other way around would not take much more than strong political will and commitment to the farmers’ cause.

These officials can be instrumental in reaching out to the farmers in case of crop damage, with timely estimation of losses and disbursal of compensation. Suicides are not going to stop without such a structure being built.

Of course, the government can always try to continue in default mode: sit on the crisis till the statistics of shame are embarrassing enough to make it act like it is acting, and declare relief packages, which are then often siphoned by the nexus of complicit bureaucrats and politicians. But, how long citizens will put up with these “kill and compensate” packages is a whole other question.

About the author: Mr. Pandey, alias Samar is Programme Coordinator, Right to Food Programme, AHRC. He can be contacted at avinash.pandey@ahrc.asia