This week Just Asia begins with Burma, which has been called on by the UN Security Council to end the violence in Rakhine state and allow hundreds of thousands of Muslim Rohingya to return. In a unanimous statement backed by China, the Council strongly condemned the violence forcing more than 600,000 Rohingya to flee across the border to Bangladesh. It called on the government to allow humanitarian aid and address the root causes of the crisis, by allowing “equal access to full citizenship”. 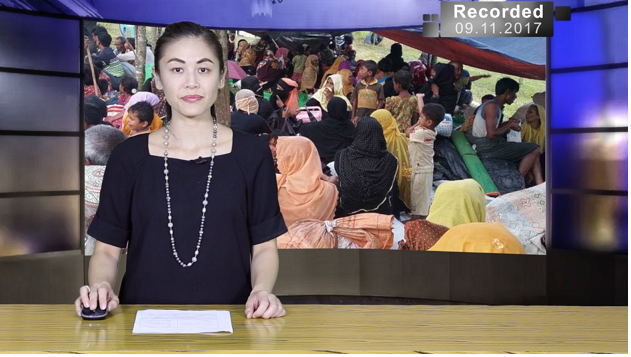 Next, in Nepal, a girl was gang raped and her family beaten to prevent them from complaining. On October 29, a 17-year Muslim girl was kidnapped at knife pointand taken to a nearby sugar cane field, where several youth took turns to rape her. The next evening, two of the youth went to her home and warned her not to speak of the incident. They even threatened to rape her sister if she filed any police complaint. Several other persons also came to her house and beat up her family.

In the Philippines, a riot at an overcrowded prison killed two inmates and injured at least 10 others. The Quezon City jail just outside the capital city of Manila holds more than 3,400 inmates in a space built for 800. This is largely due to President Duterte’s war on drugs. Prisoners are squeezed in like sardines, and have to take turns sleeping in whatever open spaces are available. Authorities have pledged to construct new facilities at the site to reduce overcrowding, but caution that it cannot be done overnight.

In Indonesia, recently declassified U.S. Embassy documents show that U.S. officials were aware of the scale and savagery of the 1965-66 killings of alleged Communists.

The Indonesian government justifies the massacres as a necessary defense against the Communist Party, which allegedly attempted a coup, murdering six army generals on 30 September 1965. Since then, Muslim extremist groups have brutally attacked and dispersed all forms of assemblies aimed at discussing these killings and bringing justice to the victims by terming them ‘Communist propaganda’. Just Asia speaks to Basil Fernando, Director for Policy and Programme Development at the AHRC, for his views.

In India, an infant died after his home was demolished by the Delhi Development Authority on October 30. Their house destroyed, Jitu and Pooja spent the night on the cold streets with their one-year-old son, Aryan, who died late in the evening of October 31. Residents believe Aryan died from the cold or suffocation caused by the police tear gas. Just Asia speaks to Annie Raja, the General Secretary of National Federation of Indian Women, who had rushed to the spot on getting information about the demolition drive and joined the residents in protesting. The authorities violently beat her up with sticks and dragged her away, grievously injuring her in the process.

« PAKISTAN: Morality in the back burner as the LEA resorted to disappearing women and children