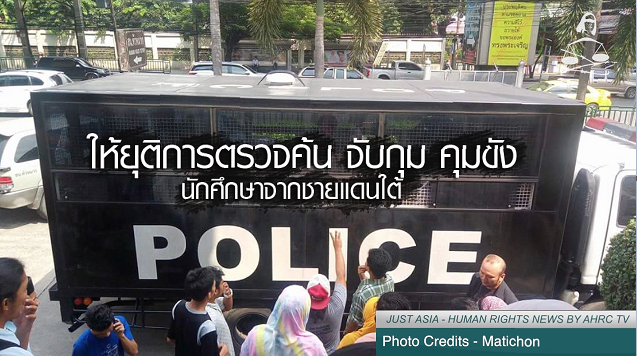 Beginning with Pakistan this week, the appeal of Ms. Asia Bibi, a Christian woman accused of blasphemy and on death row for the past seven years, has been further adjourned by the Supreme Court. After receiving threats from fundamentalists, Justice Hamid-ur Rehman recused himself from hearing the appeal. Asia Bibi’s lawyer said it would probably take weeks or months for a replacement judge to be found and for the appeal to be rescheduled.

In Burma, 29 people have died in Rakhine state in clashes between armed men and troops. These are the first major attacks since 2012, when sectarian violence in Rakhine killed more than 100 people and drove tens of thousands of Rohingya into displacement camps. Although a commission headed by former UN chief Kofi Annan was recently appointed to resolve the issue, Annan has explicitly said the commission would not focus on human rights issues in Rakhine.

Moving to Thailand, authorities have arrested at least 44 youth from the country’s Southern provinces, suspected of involvement in a plan to attack Bangkok between 20-25 October. The attack would mark the 12th anniversary of the Tak Bai killing. A joint police and army task force arrested 36 young men and 8 young women from multiple locations in Bangkok, most of them students from Bangkokg’s Ramkhamhaeng University.

The Philippines President has said he does not “give a s***” about human rights while dismissing the deaths of innocent civilians and children as collateral damage in his brutal war on drugs. More than 3,500 people have been killed in the first 100 days of Rodrigo Duterte’s presidency by security forces and vigilante gangs. Although President Duterte said the deaths of children and innocent people would be investigated, he claimed there was “no criminal liability” for security forces who kill innocent bystanders in operations.

Indonesia has seen grave religious intolerance over the past year. Extremist groups easily delivered hate speeches and committed hate crimes without any prosecution and punishment from law enforcement agencies. Although police regulations prohibit and punish hate speech and crimes, the Indonesian police have not shown any willingness to protect minority groups and prosecute the perpetrators.

« PHILIPPINES: Statement of Support of the World Association for Christian Communication – Asia Region to the Ongoing Peace Negotiations between the Government of the Republic of the Philippines and the National Democratic Front of the Philippines