Home / News / AHRC TV: Burning of Karen homes not a violation of law and other stories in JUST ASIA, Episode 139

AHRC TV: Burning of Karen homes not a violation of law and other stories in JUST ASIA, Episode 139 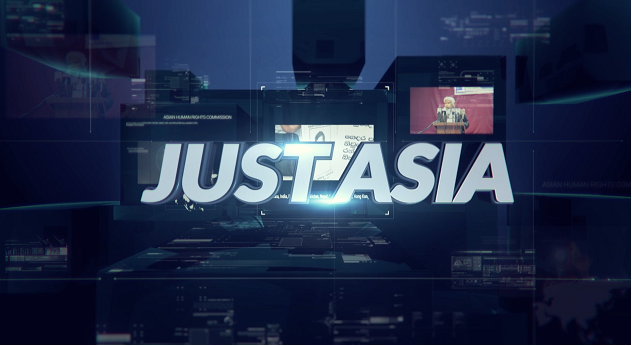 This week Just Asia begins with Thailand, where the Administrative Court ruled in favor of the National Park officers who forcibly evicted and burned about 100 houses and rice barns of ethnic Karen villagers in Phetchaburi province. According to the September 7 verdict, since the Karen villagers illegally encroached into protected areas, the park officers had the right to remove their structures in accordance with the law.

In other news from Thailand, the junta has issued an order abolishing the trial of civilians who commit crimes against national security in military courts, including sedition and lèse-majesté cases. The order will not affect cases initiated before the order was issued.

Moving to Sri Lanka, a 20-year-old youth was disappeared during a police investigation into the theft of 20 sacks of paddy. Although Gayashan was last seen in police custody, his whereabouts for the past 10 days is unknown. The Asian Human Rights Commission (AHRC) has urged for the case to be handed over to the Criminal Investigation Division. For more information, Just Asia speaks to Basil Fernando, AHRC’s Director of Policy and Programs.

In Pakistan, a Sindh police officer beat and kicked a Hindu girl into converting to Islam, and then sold her to a local landlord for Rupees 50,000. After local media highlighted her case, the ensuing public pressure forced the administration to conduct an inquiry. The accused police officer has been suspended pending the enquiry results.

Next, in Indonesia, Mrs. Suciwati, widow of assassinated human rights activist Munir Said Thalib, organized a movie screening and public discussion to commemorate the 12th anniversary of his death, together with various human rights groups. Similar events were also held in other provinces, to remind the public and government that the mastermind behind Munir’s killing is still at large. Just Asia brings you video excerpts of a speech by Suciwati.

In Sri Lanka, a debate between Pallekelle Bogambara Prison and the Peradeniya Law Faculty was successfully organized by the human rights office Kandy. Titled ‘The Mandela Shield’, this is the first time such a debate took place in a developing country like Sri Lanka. To learn more, Just Asia speaks to Lawyer Suren D. Perera at Human Rights Office, Kandy.