This week Just Asia begins with Pakistan, which observed World Day Against Child Labor on June 12. Despite official fanfare and praise, child labour continues to increase in the country, and child rights groups have criticized the government for not criminalizing it. Civil society is urging the government to formulate policies and laws to eliminate child labour and take cohesive and concrete steps to ending poverty, both of which are closely interconnected. 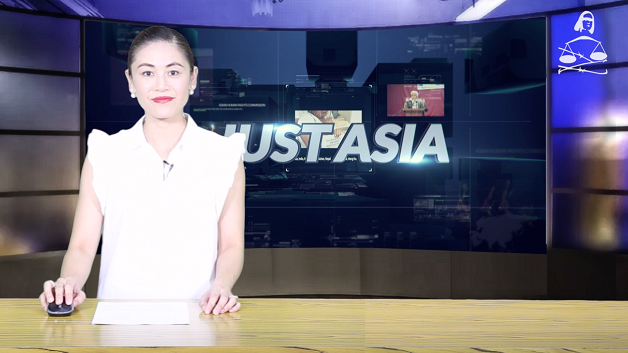 In India, a 26-year-old law student was tortured by police in Tirupati, Andhra Pradesh. M Stalin was picked up by the police on suspicion of being part of a red sander smuggling network on June 4, and detained for 18 hours. Stalin pleaded with the officers to check up on his identity, but was ignored and tortured. Stalin is demanding action against the three constables who tortured him.

Nepal’s Chief Justice Sushila Karki retired on June 7. Before leaving her office, the first woman Chief Justice revealed how Nepal’s judiciary, especially the Supreme Court, has long been bogged down in partisan politics and factionalism. She also exposed how judges often compromised their impartiality by seeking post-retirement appointments.

Moving to Papua, Indonesia, the past one year has seen no improvement in the province’s human rights situation, particularly regarding freedom of expression and opinion. Most recently, members of the National Committee for West Papua (KNPB) and the Local People Assembly (PRD) were arbitrarily arrested and detained for organizing a peaceful assembly and prayer gathering in Wamena and Merauke on May 30-31. To learn more about the Papuan situation, Just Asia speaks to Mr. Theo Hesegem, Human Rights Defender from Wamena, Papua.

Free speech is under assault in Bangladesh. The government is using Section 57 of the Information and Communication Technology Act to harass anyone raising their voice against government policies and actions online. As a result, many people have been put in jail for their Facebook comments. Civil society members and various professionals staged a protest last week, calling for the cancellation of Section 57 on the grounds of safeguarding freedom of speech.

SRI LANKA: Civil Society Joint Statement in support of Lakshan Dias to continue his work on raising awareness on the attacks on minority religions »