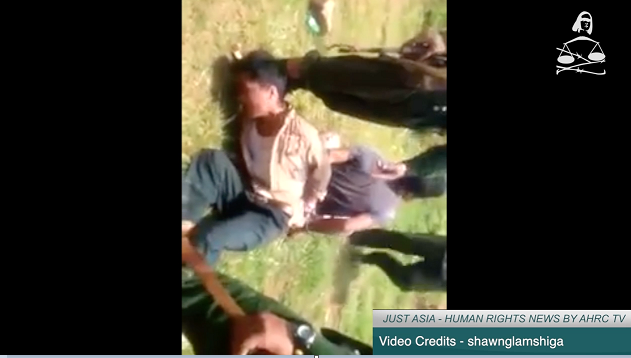 This week Just Asia begins with civilian casualties in the aftermath of martial law imposed in Mindanao, Philippines. One ethnic Moro resident was killed in North Cotabato due to aerial bombings, and at least two farmers were illegally arrested in Maragusan, Compostela Valley. There are concerns that martial law will empower the military to supersede civilian authorities and commit abuses, particularly after President Duterte jokingly told soldiers that ‘they could rape up to three women each’.

Next, rights groups are calling on Burmese authorities to investigate a video showing men in military uniforms viciously beating handcuffed detainees suspected of being ethnic rebel fighters. This is the second such video in recent months. Although Aung San Suu Kyi has made signing a nationwide peace deal a priority of her government, there has been limited success so far.

In India, three welcome judicial developments this week have upheld rule of law in the country. First, prominent BJP leaders appeared in court for the first time for charges of criminal conspiracy in the Babri Masjid demolition case. Second, the Supreme Court refused to stay the conviction of police officer R S Bhagora in the Bilkis Bano case. Third, the Madras High Court granted a 4-week stay on the government notification prohibiting the sale of cattle meant for slaughter.

Moving to Bangladesh, people’s outcry for the return of their disappeared loved ones is daily rising. At a national seminar held on May 26 during the week of the disappeared, victims’ families and civil society activists demanded the whereabouts of disappeared persons from the incumbent government.

In more disappearances news, victims’ families in Indonesia organized events last week to commemorate 18 years of political reform since Suharto stepped down in May 1998 and to urge the government to resolve cases of past human rights abuses, including disappearances.

As the month of Ramadan begins, Muslims in Burma are increasingly restricted in where they can pray or study their faith. In Thaketa Township, Rangoon, two Islamic schools were closed last month due to pressure from a Buddhist ultranationalist mob. The Burmese government has placed harsh restrictions on the construction or renovation of religious structures, as well as limits on the practice of religion.

PAKISTAN: Travesty of justice in the name of jirga »