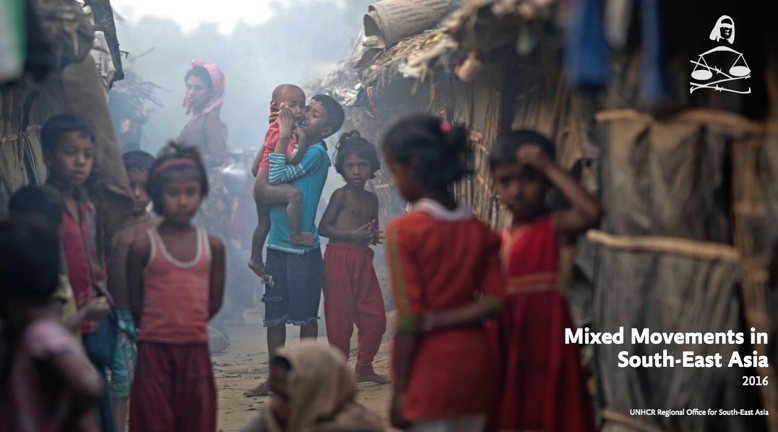 This week Just Asia begins with the arbitrariness of the ‘rarest of the rare’ doctrine in India regarding the death penalty. The Supreme Court upheld the death penalty awarded to four convicts in the 2012 Delhi gangrape and murder case on May 5. Another judgment in the same week was passed in the 2002 Bilkis Bano gangrape case, where the death penalty was not awarded. The two cases spotlight the debate on the death penalty in India. Just Asia speaks to Urmila Pullat for more details.

Next, a new report on forced displacement by the UN Refugee Agency has stated that more than 168,000 Rohingya have fled Burma in the last five years. The UNHCR’s 2016 Report on Mixed Movements in South-East Asia also offers a snapshot of 85 Rohingya women and girls in India, Indonesia and Malaysia. One-third of the 85 women and girls said they were victims of domestic violence.

Pakistan witnessed another vigilante attack recently, with a mob gathering outside a Balochistan police station demanding that Hindu trader Prakash Kumar, who was arrested on blasphemy charges, be released so he could be lynched. When police refused, the mob opened gun fire and started beating police officers, resulting in the death of a 10-year-old boy. This is the third major vigilante attack on persons accused of blasphemy within 30 days.

A mob in Nepal meanwhile, tried to chop off a Dalit’s head for worshipping in a temple located on non-Dalit land. While Ramparkhan Kori was worshipping at the Shree Kadar Mai temple located on his non-Dalit neighbor’s land, the landowner and other non-Dalits abused and beat him. One villager tried to cut off his head to sacrifice before the goddess. As Ramparkhan’s brother Jaganarayan tried to save him, his three fingers were chopped off.

Next, there is international concern about the extended pre-trial detention of five Cambodian activists held for more than a year. A Cambodian court late last month agreed to allow a six-month extension of the activists’ pre-trial detention. The cases are seen as part of a campaign by Prime Minister Hun Sen’s government to weaken its political opponents, especially ahead of nationwide local elections in June.

In Indonesia, several human rights groups watched live Indonesia’s Universal Periodic Review process last week, during which 113 countries questioned the government and made recommendations to strengthen human rights protection in the country. The groups conducted a public discussion on relevant issues during the Review, noting that the government report does not comprehensively touch on unresolved human rights problems in the country. Mr. Asep Komaruddin from the Press Legal Aid, highlighted press freedom and freedom of opinion.

The Thai military junta has been urged by the United Nations Human Rights Office for Southeast Asia to immediately end the arbitrary detention of political activists and release six people detained for criticising authorities. Activist Danai Tibsuya and human rights lawyer Prawet Prapanukul were arrested on April 29 for criticising the Thai King on Facebook. None of the activists have been given access to legal representatives and their families.

« BANGLADESH/WORLD: Establishing effective governance is way to stop refugee flow out of the country