This week Just Asia begins with the growing demands in Bangladesh seeking the return of disappeared persons. Families are taking to the streets and holding press conferences to voice their concern and seek justice. On May 26, relatives made a ‘human chain’ in front of Dhaka’s National Press Club, and were joined by prominent human rights defenders, academic scholars, and civil society members. On the same day, press conferences were also held in the cities of Chittagong and Khulna. 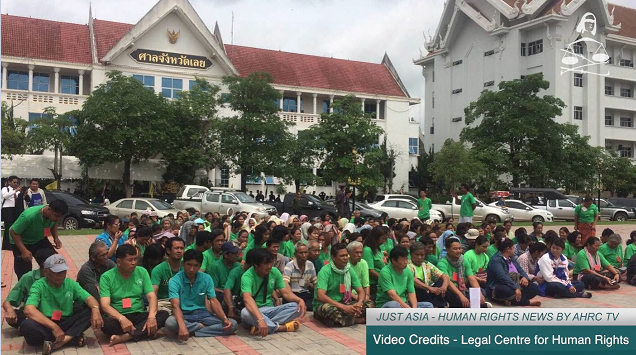 Next, a Provincial Court in Thailand’s northeast sentenced two military officers to imprisonment on May 31, for violent assault against anti-mining villagers.

In Nepal, four years after the promulgation of the law on caste discrimination, its implementation remains dismal. Most of the cases end up in agreement outside the police stations and courts. Just Asia caught up with Chairperson of the Jagaran Media Centre and Collective Campaign for Peace, Rem Bahadur BK to learn his views.

Moving to Pakistan, the country’s Council of Islamic Ideology has made suggestions to amend Punjab’s Women Protection Act, in compliance with Islamic teachings. The suggested amendments include that a husband may lightly beat his wife for defying him, co-education is to be banned after primary level, and women should not be allowed to receive male visitors.

In Indonesia, sexual violence against children seems to be rising. Two recent cases include the gang rape and murder of 14-year-old Yuyun, a student from Rejang Lebong, Bengkulu province, and the gang rape of a 13-year-old girl, in Surabaya, East Java province. The government’s proposal to legally use chemical castration against the perpetrators has been vetoed by human rights activists. To learn more about sexual violence against children, Just Asia speaks to Ega Melindo.

« PAKISTAN: Girls burned alive in country that prides itself on elite nuclear membership

ASIA: Council needs to make itself effective in protecting rights »