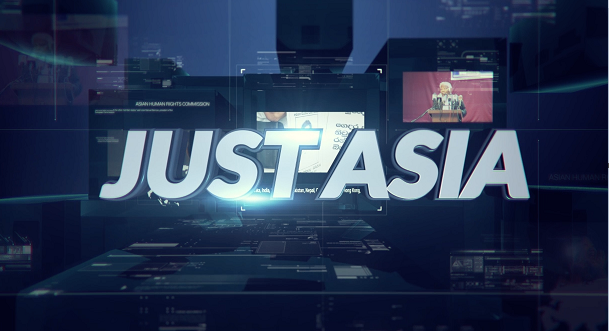 This week Just Asia begins with India, where social activist Poipynhun Majaw’s body was found near a bridge in Meghalaya. According to the police, the preliminary inquiry suggests he was hit on the head with a wrench, leading to his death. While the motive for his murder has not been ascertained yet, Majaw had recently filed a Right to Information application seeking details about the alleged misappropriation of public funds in the Jaintia Hills Autonomous District Council. He also claimed that cement companies in Jaintia Hills were mining without permission from the council.

In Pakistan, senior legislator Sherry Rahman, from the opposition party of former President Asif Ali Zardari, has become the country’s first woman opposition leader in the upper house of parliament. Rehman was Pakistan’s ambassador to the United States from 2011 to 2013, a former journalist and prominent human rights activist. Rehman is among 20 women legislators in the 104-member Senate.

Moving to Burma, the country has rejected a draft resolution on the situation of human rights in the country, tabled by the European Union. The draft resolution was considered for action last Friday, during the 37th regular session of the United Nations Human Rights Council in Geneva. Burma’s permanent representative to the UN rejected the resolution, saying that some paragraphs of the draft are “highly intrusive and directly challenge state sovereignty”. Just Asia speaks to Ashrafuzzaman, AHRC’s liaison officer for details.

Next, in Nepal, a plain clothed police officer beat a local resident after he was unable to provide the bribe demanded by the officer. On March 15, Santosh Shah was travelling with some 100 kilos of sweets on his motorcycle, when he was stopped by officer Bal Kanhaiya Thakur. Thakur eventually demanded a bribe of NPR. 500, and when Santosh denied having the money and offered him some sweets instead, Officer Thakur became furious and started verbally and physically abusing him, until Santosh lost consciousness.

In Indonesia, a lecture on rule of law and human rights was held for senior high school students in Jakarta. Jointly organized by the Asian Human Rights Commission and the Law Faculty of the University of Bung Karno, the lecture introduced basic legal and human rights concepts to the 80 attending students. References from various Asian countries were also shared with the students. For further information, Just Asia speaks to Mr. Chris Biantoro, local human rights activist.

Moving to Cambodia, the country’s ambassador to the United Nations rejected a statement to the U.N. Human Rights Council endorsed by 45 nations last week, urging for improvements in the country’s human rights situation ahead of a general election in July. The joint statement, with signatories ranging from Albania to the United States, expressed
concerns at government actions undermining “the conduct of credible, free and fair elections in July.”