Home / News / AHRC TV: Calls for UN envoy to be appointed for Balochistan and other stories in JUST ASIA, Episode 163

AHRC TV: Calls for UN envoy to be appointed for Balochistan and other stories in JUST ASIA, Episode 163 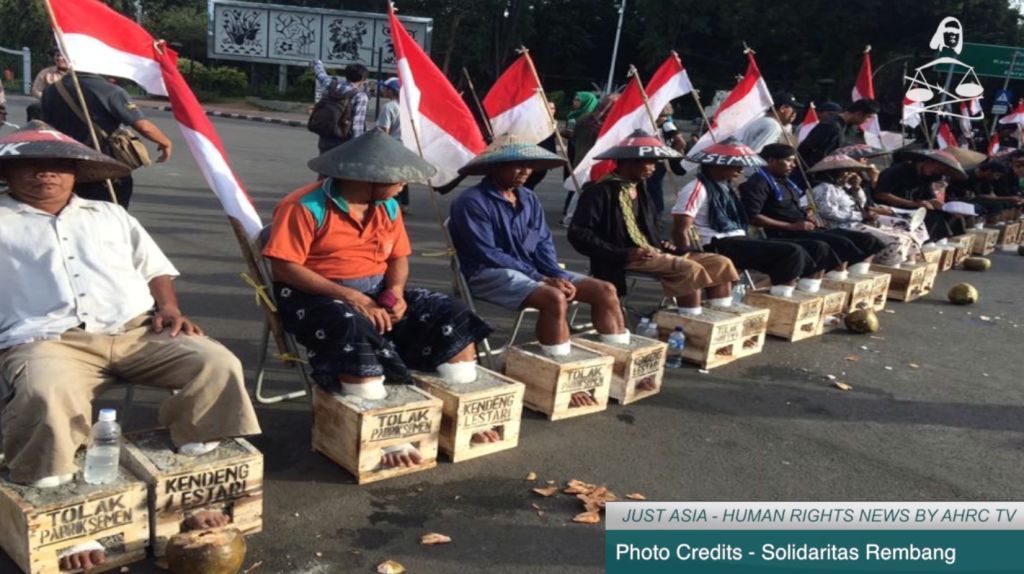 This week Just Asia begins with calls by activists for a UN special rapporteur to be appointed to look into deteriorating human rights in Balochistan. Leading the protest outside the UN office in Geneva, Baloch activist Mehran Marri said the past 4-5 months had seen a particular low, with the abduction and disappearance of women and children. Extrajudicial killings, disappearances, arbitrary arrests and detention have been indiscriminately used against Balochis for years.

In Indonesia, a group of farmers from Kendeng Mountains, Central Java province cast their feet in cement in front of the Presidential Palace in Jakarta on Tuesday. The farmers are protesting a new environmental permit issued to Semen Indonesia’s cement factories in Rembang, and said they will not shed their cement shackles until President Widodo revokes the permit and closes the factories. The Constitutional Court had previously ordered all cement factory activities to be shut down in Rembang, and an environmental study concluded that the Kendeng karst area should be protected and cannot be mined.

Moving to Sri Lanka, even as the government is giving undertakings at the UN Human Rights Council in Geneva to eradicate torture and extrajudicial killings, two further extrajudicial killings at police stations in the country have come to light. Writing an open letter to Sri Lanka’s Ministers of Justice and Law and Order on Wednesday, the Asian Human Rights Commission noted that the characteristic response of the authorities to such killings is to prevent serious investigations.

In India, a young man from Arunachal Pradesh , Higio Gungtey, was beaten up by his landlord in Bangalore and forced to lick his shoe on March 6. Gungtey said the landlord hurled racial slurs against him and hit him continuously, due to a water dispute. Gungtey filed a complaint on March 9 regarding the physical assault and intimidation, and on March 13, he filed an additional complaint of racism.

In Burma, the country’s top Buddhist body has banned radical monk Wirathu from giving sermons for a year. Wirathu has long led calls for restrictions on Burma’s Muslim minority and stoked religious conflict. After the February assassination of respected Muslim lawyer and government adviser, Ko Ni, Wirathu openly thanked the suspects involved. Wirathu’s sermons are circulated through YouTube and Facebook, where he has thousands of followers, and he presides over 2500 monks at his Mandalay monastery.

In India, amidst the celebrations for Holi, two women’s dormitories of the University of Delhi barred residents from leaving or entering the hostel premises on Holi. The festival is infamous for cases of sexual abuse and harassment on the streets during the raucous public celebrations.

« INDIA: Racism and attacks against people from Northeast India must be investigated promptly

CHINA: Call on for fair trial – A joint statement on the forthcoming trials of the cases of the 709 crackdown »