Home / News / AHRC TV: UN publishes new report of rape and other abuses against Rohingya and other stories in JUST ASIA, Episode 158

AHRC TV: UN publishes new report of rape and other abuses against Rohingya and other stories in JUST ASIA, Episode 158

This week’s episode of Just Asia begins with the UN’s new report detailing mass gang rape, killings and other human rights abuses against the Rohingya by the Burmese military. A team of UN investigators interviewed over 200 Rohingya refugees in Bangladesh, who told how their children, including a newborn, were trampled or cut to death. They also accused the Burmese military of opening fire on fleeing people, setting fire to entire villages and deliberate destruction of food and paddy fields. Although the Burmese government and Aung San Suu Kyi have largely dismissed claims of abuse, Suu Kyi has promised to investigate these UN allegations. 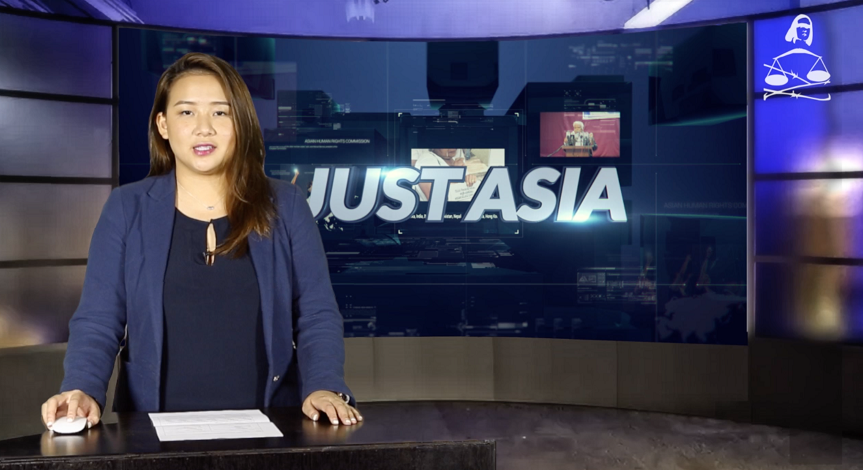 Next, Philippines President Rodrigo Duterte has ordered the police to stop all anti-drug operations, following his “embarrassment” at the killing of a South Korean businessman, and an Amnesty International report alleging police were making money from drug related killings. The order, announced during a speech to soldiers at the presidential palace, does not end the crack down on drugs; Duterte said a drug enforcement agency under his office and possibly the military would continue the fight. Human rights groups are concerned at any military involvement, as it has an equally notorious image.

In Nepal, the mandate for The Truth and Reconciliation Commission (TRC) and the Commission of Inquiry on Enforced Disappeared Persons (CIEDP) is fast approaching an end. With February 10 as the deadline to complete their work, Commission members and conflict victims are beset with confusion and uncertainty. While a term extension has been requested, it is important for the government to first amend the existing transitional justice acts and enact the necessary laws to support the work of the Commissions.

Moving to Thailand, Cambodia’s indigenous Highlander Association visited the gold mining operation in Loei province, northeast Thailand, on February 7-8th to learn about the effects of mining on the environment, as well as how to advocate against mining, with two companies preparing to operate gold mines in Ratanakiri, Cambodia. The Thai Kon Rak Ban Kerd group (KRBK) in Loei has been active in calling for the closure of the mining site and for the company to rehabilitate the environment. Many academics, students and staff from local and international organizations visit the KRBK and the mining site. Just Asia interviewed Mr. Sotheara Pharn from the Highlander Association for more information.

In Pakistan, a mentally disabled six-year-old girl was raped and dumped in a sewage drain after having her neck slit on January 19. However, luckily she survived after being taken to hospital. Child sexual abuse has become a common phenomenon in the country. After finding no result of police investigation, the Chief Justice of Pakistan took action through Suo Moto notice for regular hearing.