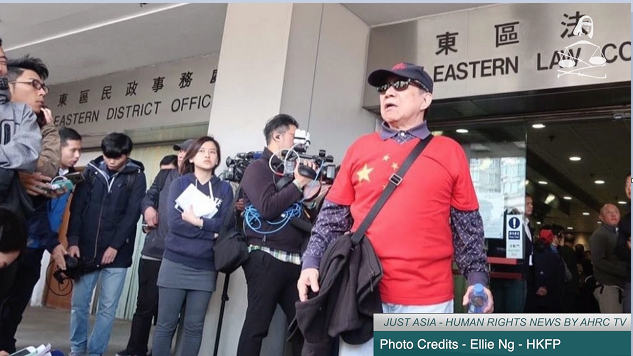 Next, Burma’s Rahkine state saw an ambush on a military truck last week, injuring three persons. On Sunday, the Rohingya militant group Arsa, posted a statement on Twitter confirming its involvement. The group said it has “no other option but to combat ‘Burmese state-sponsored terrorism’ against the Rohingya population”. Just Asia speaks to Adem Carroll, Burma Task Force Director for New York and UN programs for more information.

Moving to Sri Lanka, the family of slain journalist Lasantha Wickremetunga on Tuesday expressed disappointment at the lack of progress in his murder investigation. In a statement read at Lasantha’s graveside, his family said that nine years after his death, justice has not been served. Lasantha was murdered in 2009, at a time when many other journalists were also killed with impunity. Although President Maithripala Sirisena vowed to reopen the investigation after his surprise election win in 2014, there continues to be no progress.

In Indonesia, activists and civil society are worried that the newly established National Cyber and Encryption Agency will restrict freedom of expression and opinion on the internet, and result in criminal action against critics of government policies. Activists are therefore calling for the government to develop a clear standard for the Agency in line with human rights principles. Just Asia speaks to Chris Biantoro, Programme Officer at the AHRC for his views.

Next, in Nepal, prominent activist Dr. Govinda K.C. has been arrested for contempt of court on Monday evening. Prior to his arrest, he issued a press statement demanding the resignation of Chief Justice Gopal Parajuli for reinstating Dr. Sashi Sharma as the Dean of the Institute of Medicine . Dr. K.C. also accused Chief Justice Parajuli of being ‘corrupt’ and a ‘mafia don’, and undermining the judiciary. After his press statement, Dr. K.C. began his 14th hunger strike.

In India, the Supreme Court in a welcome move on Tuesday modified its November 2016 order that required the national anthem to be played before a film is screened in cinema halls. The Government had asked the Court to review its earlier order on Monday, and on Tuesday the Court stated that it is now optional for cinema halls to play the national anthem before screenings.

« PAKISTAN: Has the country abandoned its children?

INDIA: Dark days for the Judiciary »